Which IDEs are supported?

Currently the only IDEs that work are the mbed online IDE (which requires an mbed account) and EmBitz (a fork of Code::Blocks which only works on Windows).

The simulator runs in Code::Blocks but could probably be made to work on other IDEs.

There’s a thread documenting the ongoing attempts at providing PlatformIO support, which should in turn facilitate other IDEs:

I'm new to the mbed platform and I was hoping to use Visual Studio for coding rather than the online IDE / EmBitz I found PlatformIO which appears to be a collection of Python scripts which can be used for building programs for various microcontrollers. It was fairly easy to install using these instructions once you have Python 2.7 installed. I was able to set up a blank Visual Studio project by running this script: platformio init --ide visualstudio --board lpc11u68 It automatically dow…

I have it compiling already. There’s a linker error with _sbrk which I will still eliminate. Its very close to working

#Sorry Platformio. Contest is over.

LPCXpresso IDE is available for Mac, Linux and Windows.

Why should we struggle when there is a free industrial-grade IDE with full debugging support on all OS’s available?

If I can’t get the platformio thingy running within a couple of days its game, set and match.

EDIT: now downloading for my mac. If this thingy works out of the box (with jlink hw debugging) then I’m done.

LPCXpresso IDE is available for Mac, Linux and Windows.

dident that have like realy wierd licencing, i think i had to make an acount for it aswell :S 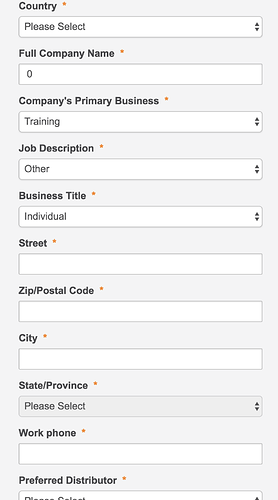 a bit much information for just an IDE

I can imagine the marketing types insisting on this crap

Edit: no, I got nothing against marketing per se.

i dont have a full company name, job description or work phone…

Asking for that much info, they will either get lied to or not be used.
If they also require two factor authentication that’s me out straight away.

Asking for that much info, they will either get lied to or not be used.

yes but you get full license even for production use. thats not a bad deal

@jonne what would it take to asssable a custom toolchain/compiler?

but for me it comes down to the hardware debugging. that is so important for me to be able to help you all

on user end its not really needed though

True. But if I want to catch why for example Pokitbeasts is hanging, it helps tremendously to see for example the stack history. 99% of errors are memory violations

I’m trying it also. Lets see what is the best way in

Ecclipse sucks for beginners because it has the second-worst UI I have seen. (Blender wins)