My first system was…

And it was made by…

My first own system was a pong multi console, don’t know the name or brand anymore but it did have a lightgun

My first system was a Commodore 64 in the late 80’s or early 90’s, can’t quite remember any more, I was around 10 or so though. My earliest coding experience was probably copying the bouncing ball routine from the manual, followed closely by the hot air balloon

My first personal device that I bought for myself was the Nintendo Gameboy Advance and the game Robotech Macross Saga.

The first one I used ever was a Nintendo NES.

First computer was a Polymorphic Systems Poly 88 kit, which I purchased and built in 1977.

With the release of their CPU card, PolyMorphic began selling complete systems. Their first was the Poly-88, housed in a 5-slot S100 chassis, with additional side-mounted S-100 connectors for the purpose of joining chassis together. This unit earned the nickname "orange toaster" due to its orange metal cover, and the fact that the S-100 cards generated noticeable heat. The Poly-88 was available in kit form, or assembled. It was originally called the Micro-Altair, but after objections fr

I still have it all.

Technically the first system I ever actually owned was a GBA, (which I think was a birthday present,)
but it wasn’t the first console that I’d ever used, nor the first computer.

(I suspect @torbuntu gave the same poll answers as I did. :P)

Sounds like we have very similar experience in starting platforms

I’ve never had chance to play on a real NES though. (Unfortunately.)

My cousins had a PS1 and Game Boys that I was allowed to use when visiting them,
but I’ve never had chance to play on anything earlier than that.

I think my local Game shop had a NES available for a while,
which I remember wanting to buy, but that was a long time ago.

Personally I still think the GBA was one of the best handhelds ever made.
The shape, the shoulder triggers, link cable capability, a hardware volume control.
I’d love to develop homebrew for one someday.

GBA was, until Pokitto, my all time favourite handheld

I even based my fantasy console game system on GBA specs like the sprite draws and screen resolution.
The backwards compatibility made it a huge win for me as well since I had a handful of games from GBC I loved to play (Zelda, MegaMan, Mario, the usuals). We also now have the GameCube with the GB player addon so we can play those games on the TV

Atari 800XE (the modern looking version of the XL)

I still have some gba consoles and two consoles to play gba games on my tv.
The very first game i did play on a computer was a „guess a number game“, there was no real keyboard and no monitor, it worked with punch cards

For me it was the good old Commodore Vic-20 !

My first computer game, as far as I remember, was The Time Warp of Dr. Brain" lol, but I did mostly play games on Nintendo until I was a little older. I got really hooked on rts games (starcraft, star wars galactic battlegrounds, age of empires etc…)

Sim games were hugely popular in my house too. Spent probably full years of my life playing sim city games.

64-bit is getting no love here. Nobody started on the Jaguar!

I couldn’t afford a jaguar and after bad experiences with lynx i didn’t want to try either.
But the jaguar had great games

The first computer was Vic-20, and the first games I remember were Frogger, Sea Wolf and Exterminator on Vic-20.

First games for me were, Omega Race, Thrash-Man, Jupiter Lander.

My first own system was a pong multi console, don’t know the name or brand anymore but it did have a lightgun

Not sure if these can even be called 8-bit systems. Afaik some of them ran without a cpu just using logic chips

Ummm… what about this? 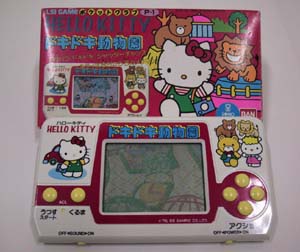 Ummm… what about this?

Sorry. Discourse does not allow modifying polls. I guess thats a handheld, no idea of bitness