I’m a guy who loves programming, and loved a lot to make games on my casio calculator (which accepted DOS executables using 80186 asm/c/c++ via some amazing hack on a 128x64 pixels monochrome screen). I’ve made a lot of more or less working games by then, under the name of x-thunder28, back to around 2002, simcity clone, arcarde game, worms-like, etc.

I’m really upset to have miss the Pokitto kickstarter. It went totally under my radar.

I feel like it’s the device I always wanted to replace my dear calc! Programming game on a PC with “infinite” resources isn’t the same thrill for sure. I definitely want to experience this fun again. Fantasy consoles don’t have the hardware feeling at all. Lots of portable devices have so much CPU/GPU power and ram that they’re used to emulate stuff and that’s not acceptable for me. So yeah! 32KB of RAM, simple API, few buttons, low res, the only missing thing would be a 16bits proc ahah but I don’t mind a 32bits one. One of the best part is that I can add any missing buttons if I need any. And this community seems very lively and involved, I’ve been missing that for years…

Anyway I can’t wait to get my hand on one or two of those devices, and in the meanwhile, I’ll get myself familiar with the API and start experimenting stuff using the simulator!

Welcome, nice to have a extra C programmer on the site

A bit off topic but I am traveling to Paris for Xmas with my gf, is there is any geeky/unique stuff to do/see besides the typical stuff there?

That’s a good question! The Palais des Sciences et de l’Industrie and Palais de la Découverte are focused on science and technology. Other than that, there are usually some temporary exhibitions that might fit your geeky needs, but I don’t see much right now. There is the Musée de la Contrefaçon I want to do myself -about counterfeiting stuff, should be really interesting. I admittingly don’t know much about culture in Paris haha you found out one of the worst guides. Might be best for you to get an actual (online) guide!

I was just looking up Faraday cages and the first image in the Wikipedia article is from the Palais del la Découverte.
Spooky coincidence.

I am glad that you are interested in programming Pokitto. We have only scratched the surface of the things we can do. Our output of Pokittos was limited due to the production capacity of Daniel’s own pick n’ place machine but by january we should be running boards from several sources.

@eried : tip for Louvre. When you enter the Louvre shopping mall (not the actual Louvre) go down the stairs. There’s a tabac shop under the McDonalds. Buy tickets from there. Then, walk to the far end of the courtyard of the Louvre. Theres a gate with two lions, one on each side. This is “Porte des Leons”. You can enter from this gate also. Last time I was there, this trick saved us 30-60 minutes of time, as the main lobby was swamped with tourists. At Porte des Leons was only two guards almost asleep. Tourist guides do not take their busloads to that entry.

Personally, I wanted to visit Visit Musee Arts et Metiers but I did not have time 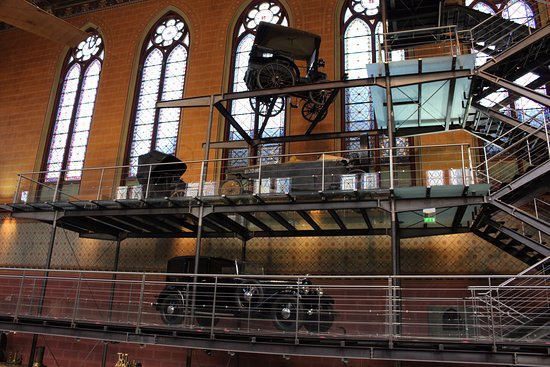 Ahah no problem! I’ll try stuff on the simulator in the meanwhile

Haven’t visited the Musée des Arts et Métiers myself, but I intend to when I’ll have some time to!

under the name of x-thunder28

I tried to find your work but the sites were dead? Is it possible to see that stuff anywhere anymore? I think calculator projects are very interesting. I built a backlight, serial data connection and overclocked my TI when I was at school

@carbonacat
I concur, it seems you formerly hosted them with teamg100.free.fr which now links to teamg100.earthforge.com which “may be up for sale”. I did manage to find “Fall Down” which was distributed as an .exe in a .rar but I don’t have a DOS emulator/sandbox already installed and I’m not sure whether to consider planet-casio as ‘safe’ for dowloading executables.

Those executables won’t run in any version of windows or any DOS emulator. You’d need either the actual device or a special DOS emulator; unfortunately I can’t remember the name.

On this site there is three of my games :

teamg100 was for Team Graph100 (french name for the said calculator), a small community of enthusiast programmers around this device

Save for the SimCity splashscreen, everything has been draw by me. The calculator was able to display some level of grey by using the LCD persistence effect.

Unfortunately I don’t have the serial cable to transfer more games or the original emulator and demo more to you!

The good thing about Pokitto is that since it’s my design and I own the tools, nothing can stop us from keep making them for a long time.

Annnd finally a pokitto got its way onto my hands! 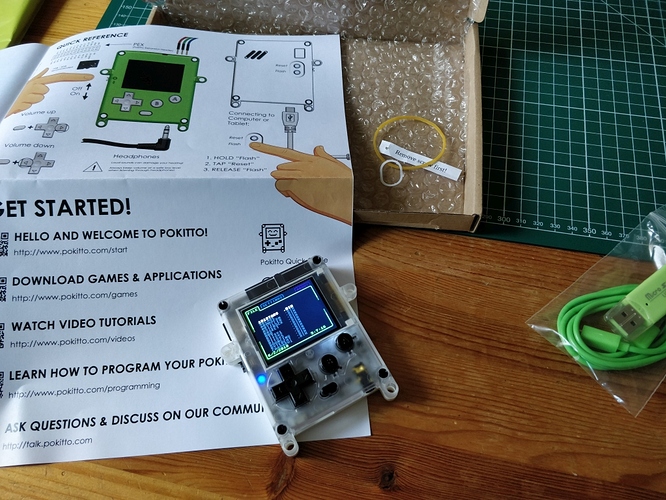 It’s just so small and perfect haha. I love it!

Thank you for making such a great device!!

Now I got to make some games on it

Same color choice as me!

I wanted White buttons on a whole black shell, but it’s wasn’t available somehow - guess I’ll try to 3D print it when I can

So what’s your game going to be?

OMG I just noticed you ported Blobby Volley to calculator! It’s my favorite libre game. Haven’t you been thinking about porting it on Pokitto? I think it would be a great start project, plus a very fun game. There is enough buttons to even have a “local multiplayer”, right? However the ergonomics would have to be tested

Oh yes, I loved that game and it’s simple enough to remake!

However I don’t see how it can be done properly.
I think I’d need an external button, because I need 6 inputs: 2 for moving right and left, and 1 for jumping. C isn’t an option as it interacts with LEFT and RIGHT for the volume.

Using the joypad for two players (P1: LEFT, RIGHT, UP; P2: DOWN, A, B) seems also too complicated.

Otherwise I had to abandon jumping (which would make the game kind of dull), or to make it kind of asymmetrical by, for example, making Player 2 jump when pressing simultaneously the two buttons. I might try that last solution and see if it fits!

C isn’t an option as it interacts with LEFT and RIGHT for the volume.

Oh I thought you could use C

It could as well be a singleplayer game with AI, but that would be a little more work and difficulty balancing.

If you do the blobby volley conversion, I will take care of providing a multiplayer solution