All: please run “gcc --version” and report back. This is mine:

Possible cause : @krp running Fedora with new GCC 6 while we others (win/ubuntu) have earlier version of gcc

min max has changed in GCC 6:

Probably is! Got gcc version 5.4 on Xubuntu 16.04 and it works. I’m looking quickly through the package repository on Fedora 25 and the only other gcc version available seems to be 3.4… and when I try to build with it it says there’s no support for stdc++11… and when I try with 98 it doesn’t work. I don’t have time to play with this right now, but I’ll try later tonight if nobody figures it out until then.

When you rebuild the project it also has problem with *.so files and it terminates with error status 1

Is that windows or Linux? Last weekend it was working (windows) but I have not pulled from Github since.

windows, new install of code blocks and everything

I can try it tonight

Thanks for the quick updates on the situation @Hanski and @adekto. I am busy with the site backend update at the moment

yea, idk whats going on, these are standard library errors, i tried diferent codeblocks, tried reinstalling mingw
i get diferent errors but there all in stl or mingw library’s

could you copy-paste at least a bit of the errors / screenshot so I see whats going on? 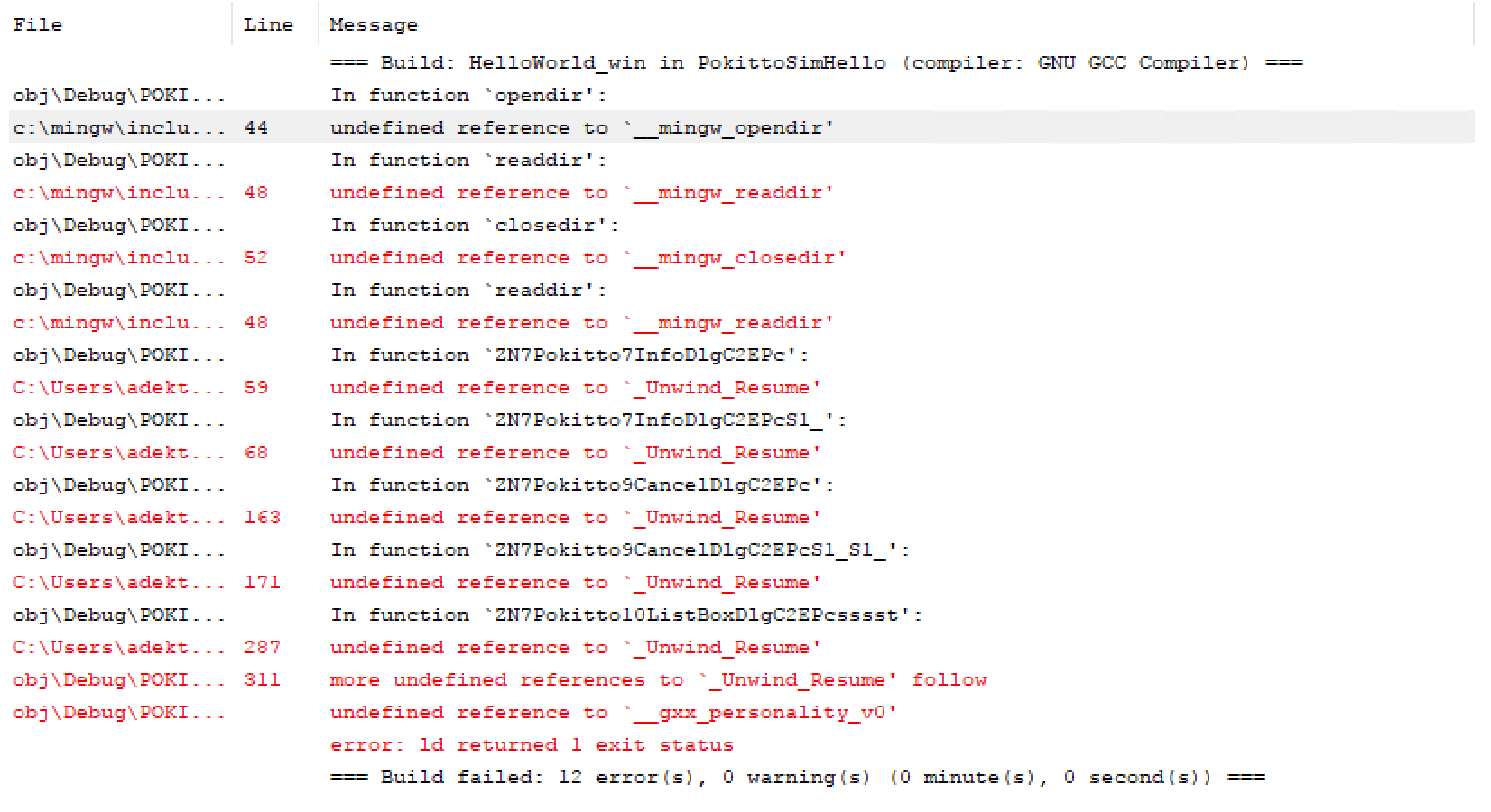 There are 2 versions of ready-built MinGW that you are able to download: dwarf and sjlj.

You get exactly that kind of errors when you are linking together libraries (dlls) that have been built with incompatible exception handling settings.

i do not see any refrence to dwarf or sjlj on mingw downloads, wich one do i use?

Hmm. I can’t find the versions either.

Btw are you trying to build or have you tried clean rebuild also? (.o files are regenerated) 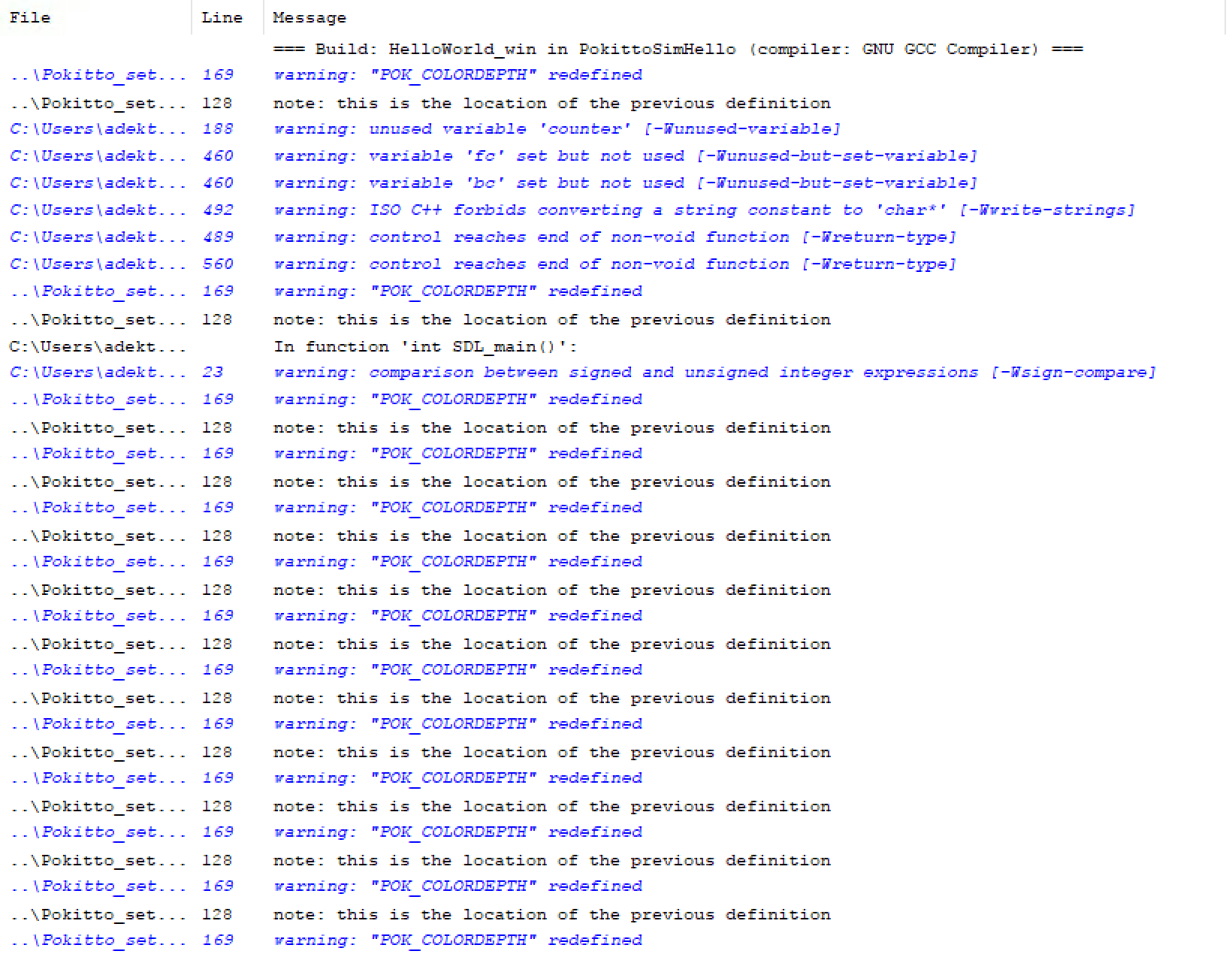 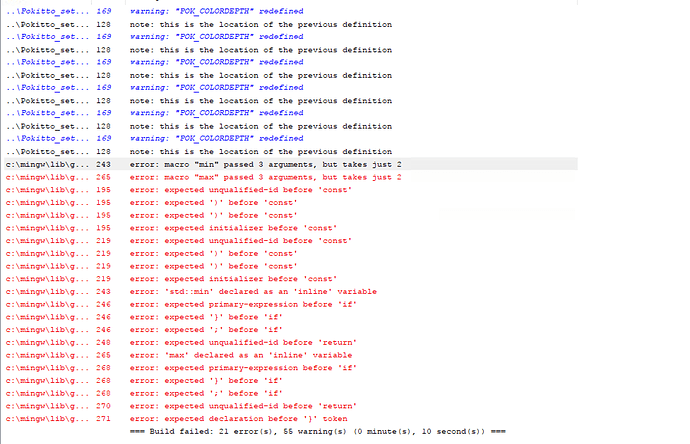 diferent errors
reinstalled everything so idk what to do anymore

reason is min/max has changed in new gcc. this is not only a pokitto issue

also, which target project are you trying to build?