There was a stupid mistake in the sound.Begin function which meant soundInit(); was never called

I have fixed the problem in both PokittoLib in mbed online tools and the git repository.

Remember to have the following in My_settings.h: 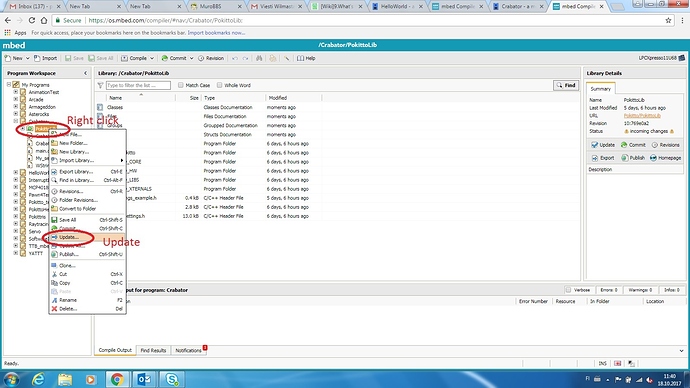 I don’t know if this is directly related, but I updated and now I get

I’m not having much luck with all of this.

Edit: it all says “wrap”. Its mbed-os stuff.

Is playTone working with EmBitz?
I’m quite sure my project should sound something.
At least it work on simulator, but using EmBitz I can’t reproduce anything on hardware.

Try with headphones. You might not be using the most up to date pokitto lib, previous versions had a problem with initializing the speaker.

That’s damn true! It’s working in my home stereo!
Thanks @spinal .
I’m quite sure I’m updated with the lib. What it’s happening here, why no sound even at max volume?
I’ll start again with a clean clone.

What it’s happening here, why no sound even at max volume?

dumbass me forgot to turn amplifier chip on (in software)

I start again with a clean clone of the repo. But still no luck on sound something without headphones.
I’m using EmBitz and everything should be set up correctly.

Can anybody confirm projects can be build with offline Ide with sound synth enabled?

Can you provide a link to your clone? If not, zip your project and send it to jonne@pokitto.com

I admit I have not been cross checking the offline repo since latest changes.

start again with a clean clone of the repo. But still no luck on sound something without headphones

Thanks but does not show what you tried to do. Are you trying to use gbsound or streaming from sd or what?

Going to look at the git repo next

New repo seems to work. At least I can hear something