[SOLVED] Loader says "OY" instead of "OF"

While we’re on the topic of typos:

I noticed that in the “ABOUT” page on the loader, it says “POKITTO OY FINLAND” instead of “POKITTO OF FINLAND.” 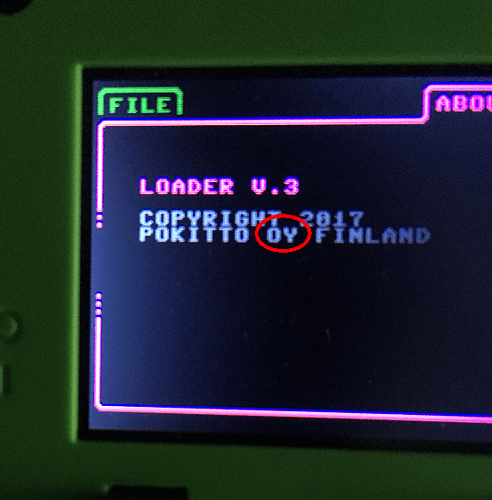 Someone (probably Jonne, because as far as I know, he’s the only one who coded the loader) might want to change that

Before the face palm, read this:

Osakeyhtiö (Finnish pronunciation: [ˈosɑkeˌʔyhtiø]; "stock company"), often abbreviated to Oy (pronounced [ˈoːˌʔyː]), is the name for a Finnish limited company (e.g., Ltd, LLC, or GmbH). The Swedish name is Aktiebolag, often abbreviated (in Finland) to Ab. The Swedish abbreviation is sometimes included, as in Ab Company Oy, Oy Company Ab, or Company Oy Ab. The abbreviations have been styled in many ways, such as Oy, OY, O.Y., or even O/Y. The English form is Ltd. Julkinen osakeyhtiö (pl. julkise...