This is not common, as these are the only two cases I have come across so far. What is more, they seem to be unrelated.

For the benefit of everyone, let me explain where potential problems can come from.

If the real time clock (RTC) does not work it is a hardware fault, caused by either:

@Vampirics ’ board, all components in place 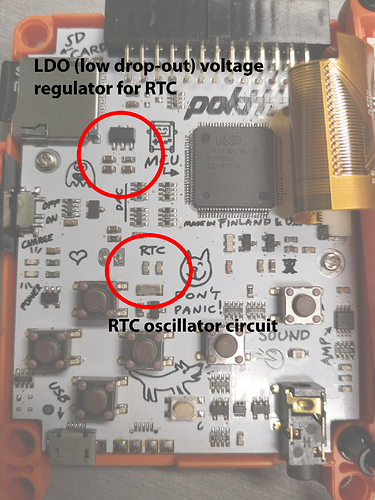 @Phonenix 's board, LDO for RTC knocked out of place before entering soldering oven 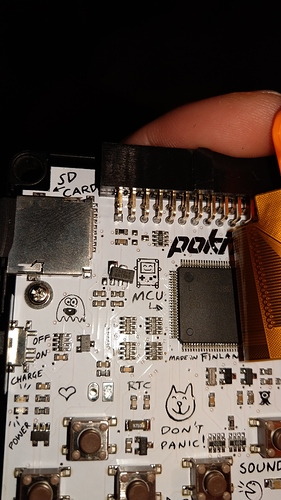 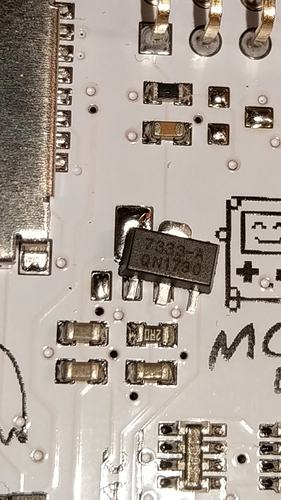 EDIT: as a footnote, may I add that I will be releasing the schematics and a detailed hardware explanation as soon as I have time to get down to it properly.

Really like this kind of post @jonne. Part of the fun on pokitto world has been the develop background you provide.

I will be releasing the schematics and a detailed hardware