I went to download Fritzing, a superb tool I used a lot few years back for making beautiful presentations of how to wire up stuff…

What? What on earth has happened? Anyone know whats going on? How can a super popular open source project suddenly struggle like this?

I think their server has probably fallen over or something, it was fine two days when I downloaded a copy.

Their github page is still alive (although last commit to master was on the 31st of March).

I never checked their twitter beforehand so I don’t know if a lack of activity in the last 2 years is unusual or not.

Their forums have activity in the last hour but you’re right about not being able to register a new account. I suspect the front-end is working but the back-end is broken or something. (At the very least I suspect forum.fritzing.org and fritzing.org are on different servers.) 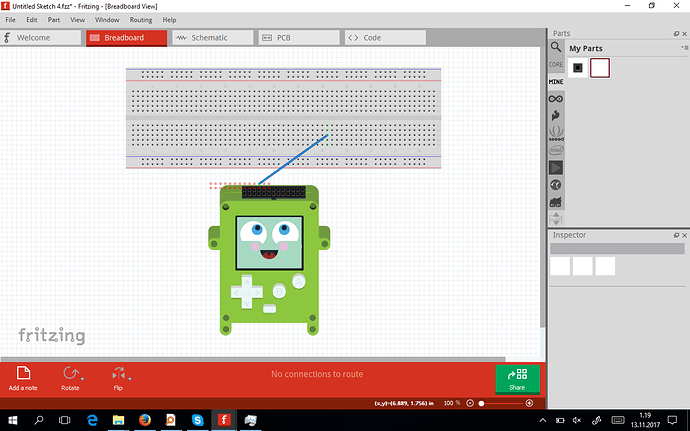 Did you edit the part using Fritzing or with a text editor?
(I’m expecting the answer “only @pharap would be silly enough to use a text editor for that”.)

in inkscape, using the xml viewer

Fritzing.org is back online.
The website still seems a bit slow though and it seems they’re missing images here and there.

I’m willing to bet it was either some unexpected problem that caused the server to fall over or they got DDOSed.