I just added the work-in-progress versions of Arduboy, Arduboy2 and Impulse Engine libraries. They are under POKITTO_XTERNALS folder.

They all compile and work, I will put up some examples so you can test them.

Impulse Engine is a physics engine by Randy Gaul. It is very cool. 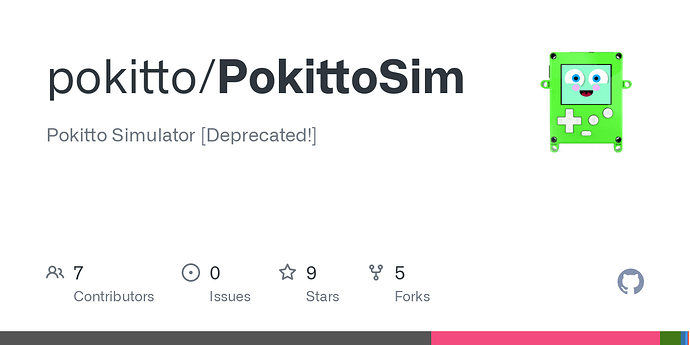 Pokitto Simulator [Deprecated!]. Contribute to pokitto/PokittoSim development by creating an account on GitHub.

Excellent! There’s an interesting new Arduboy-game on kickstarter at the moment which I would like to see ported to the Pokitto:

Arduventure on Arduboy: 8-bit RPG for your wallet, via @Kickstarter https://www.kickstarter.com/projects/903888394/arduventure-on-arduboy-8-bit-rpg-for-your-wallet

@jonne I am a man of my word: consider Sprites::drawPlusMask implemented.

I will wait for someone to confirm that it works on the simulator and/or (if possible) a genuine Arduboy before merging the PR, just grab a copy from my local repo.

I have attempted to get a simple sketch running on my own, but I keep running into missing symbols, e.g. delay, PROGMEM, and for some odd reason the vtable for Print… general Arduino stuff.