[WIP] Some kind of space duel 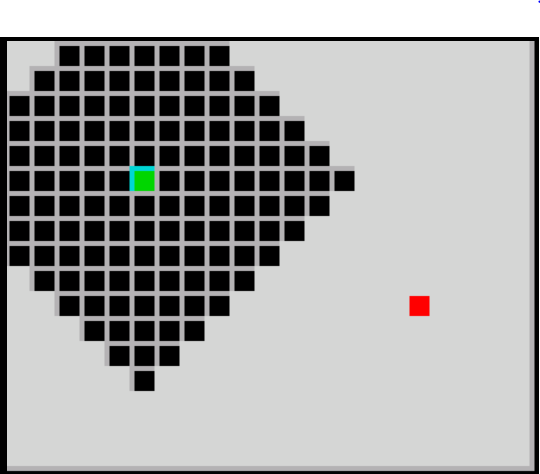 Started to make this game some time ago, but it has not really progressed as I wanted so not sure how much more I will do with it.

It is inspired by a PalmOS game that I played alot before called Space War, but that was with hexagons instead of squares. It had a laser (of phaser since it was Star Trek inspired) as well as the torpedo and upgrades and so on.

Continue to work on the online MicroPython IDE, but it gave some problems with not having floats …

I tried it but I did not know what to do in the game?

PalmOS game that I played alot before called Space War

You mean this?
There are very little information of that game in the net.

Yes that is the one!

Thanks for trying it. I probably should have explained a bit

First you select where to go with you ship. Then where yo shoot your missile. Then both you and the enemy will move and shoot at the same time. So the goal is to hit the enemy before he hits you.

In the palm os game you could be hit several times if I remember correctly, but it is not possible in my version as of now.

Maybe I remember wrong, might have been this game

First you select where to go with you ship. Then where yo shoot your missile.

Nice gameplay, it reminds me of a tabletop game Full Thrust with similar rules.