@Vampirics and I are working on a remake of a classic '80s game, Karateka. This game means a lot to me as I played it endlessly as a child on my Apple ][ right up until Prince of Persia game along … but that’s another story.

The game was originally developed by Jordan Mechner (who did PoP as well) and is was very cutting edge BITD with cut scenes and a beautiful story. Squeezing it into the Pokitto and making it a worthy remake is taking time but we are slowly making progress.

@vampirics has ‘colourised’ and enhanced the graphics as usual!

In the meantime, here are some teaser pics … 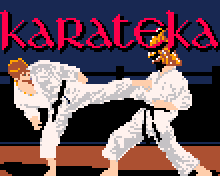 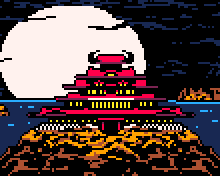 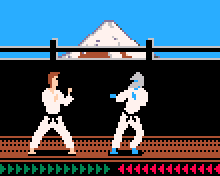 Thanks Nicole … it looks much better on the Pokitto than on my old monochrome Apple!

This is going to be legendary 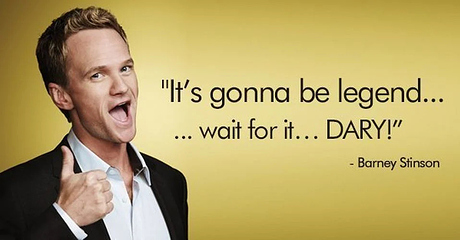 I hope so. I realise the game isn’t everyone’s cup of tea but I am trying to stay very truthful to the original.

Stunning graphics and the animations look spot on!

A lot of progress, we actually have a game now. Needs some game play tuning …

Can’t wait to play it, thought not a huge fan of 1v1 fighters there have still been some that I’ve really liked. Looking forward to adding yet another excellent PPOT game to my library.

Here are my memories of the game … 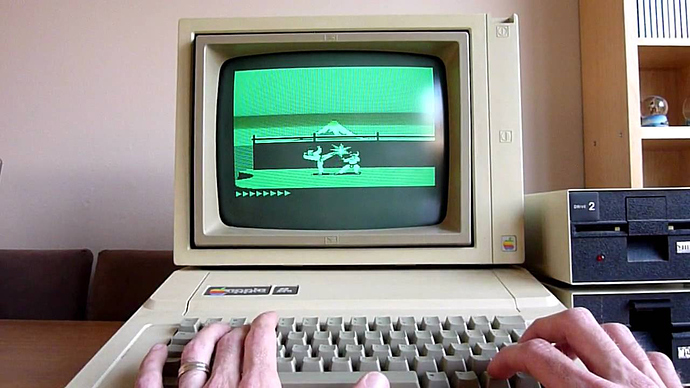 What a beautiful machine

Please tell me you still have one of these wonderfully crafted devices. I heard at one point that Wozniak would autograph any people still had that’s working. I remember the old Apple IIe’s from my early years in school.

Unfortunately, no. I had one of these then an Apple II C … that was really cool got its time.

Majestic! Is prince of persia in the roadmap also?

I would absolutely love to. That is in my top five games of all time. (My list starts from about 1978 and ends in the mid-80s!).

I suspect it is a big challenge though.

That is in my top five games of all time.

I might have the dates wrong, but they would be Galaga, Lode Runner, Karateka, Prince of Persia and 1942 / 1943 (in no particular order).

I am not a serious gamer nowadays - these are the games I played to death when I was a teenager.

You might note that I have remade all of these except PoP on either the Pokitto or Arduboy or both!