[Wiki] You won't believe until you try it - TASUI 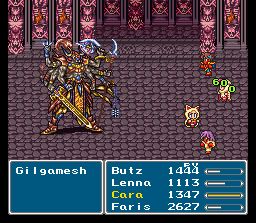 Look at this beautiful battle UI!

I’ll let the API introduce itself since :

Where TAS does an amazing job of rendering the Game Elements with his Tiles and Sprites, I, however, am dedicated into rendering the UI and Texts.

If you allow me, that is. If you’d like to, you’ll have to invoke me using the veeeeery complicated ritual of writing my name in your code. After that, I’ll do my best to follow your orders. I’m still inexperienced, so I still got a lot to learn. Don’t hesitate to tell me if anything went wrong!

It doesn’t provide the following however:

An important point: it works only with TAS, including its Low Res variant. Trying to compile it with another mode will generate an error.

That’s because it’s a Rendering Library, not a full UI toolkit. You’ll be able to draw/print stuff, but you’ll be responsible for making the menu system, etc.
However, a few examples might help you! 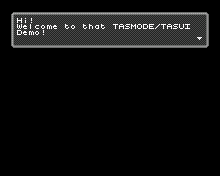 OK, let’s start by calling our little helper first.
To make sure of that, we’ll add a define in the My_settings.h file:

Then we’ll enable it right away and print some texts to make sure it’s working, in your main.cpp (from the default project): 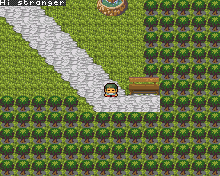 It’s been a while!

If your screen doesn’t show the message, you probably forgot to use showTileMapSpritesUI();. 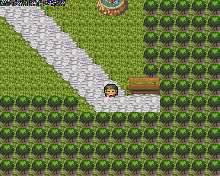 Then you’re using the secret nullptr tileset. It’s pretty good for a glitchy rendering!
If that wasn’t your intention, you simply forgot to use setTilesetImage.

You don’t need more to have a TASUI setup ready.
Notice the following:

The calls will be described later, in their respective section.

The Tilemap & the Coordinates System

TASUI is actually a Tilemap. That means everything rendered, the text, the boxes, etc, are made out of tiles.
Because of that, the coordinate system is a bit different. It works with Columns and Rows:

Because it is a Tilemap, each tile in place won’t change until you call another method. As we saw with the previous example, a single printString outside the main loop modified the Tilemap and the text was left on the screen. The tilemap is never cleared, unless you do it by calling clear yourself (more on that later). 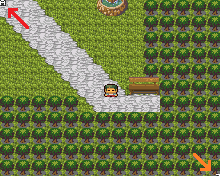 The Z tile is partly outside of the screen. That’s because the tileset is using a 6x6 grid, which, unfortunately, isn’t a round divider of the Pokitto’s Screen (220*176).

Can’t do much about that, but fortunately there is a call that does help about this matter.

Do we want to show XYZ well aligned on the bottom right? It’s as easy:

Let’s try something more interesting by moving setOffset into the main loop, and using a tiny random value: 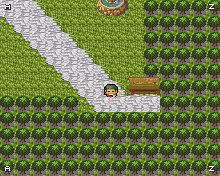 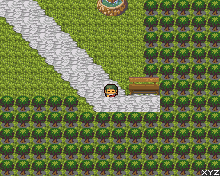 Why you would need a shaking UI is left as an exercise for the reader.

API -Pokitto::UI::getTile(col, row) - Retrieves the tile at col, row from the UI Tilemap and returns it.

API -Pokitto::UI::clear() - Clears the whole Tilemap with the empty tile (0).

Let’s have a single example that covers all of them: 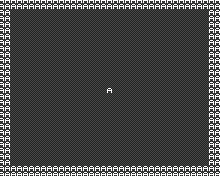 OK, after printing text using setTile, it’s time to move on to something more easy to use.

We already had a teasing of printString before, let’s focus on it:

API - Pokitto::UI::printString(zString, limit) - Prints at most limit character from zString at the current cursor position.

There is also a way to print integers in decimal, binary, octal and hexadecimal formats with padding if needed:

An example will be more useful, as usual: 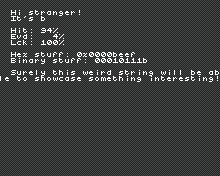 You don’t have any left excuses for not doing a stat screen in your Pokitto RPG now.

printInteger is easy to use in this form, and the padding allows aligning things more easily. 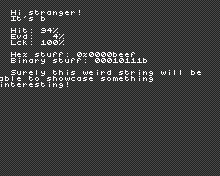 Able not cut in half anymore!.. but still stuck to the left…

printText is an interesting variant of printString:

API - Pokitto::UI::printText(zString) - Prints zString at the current cursor position, with efforts to not cut words in half.

API - Pokitto::UI::printText(zString, limit) - Prints at most limit character from zString at the current cursor position, with efforts to not cut words in half.

As for the newline’s new position, we’ll see that in a later section.

You can find them all in the Pokitto Library (https://github.com/pokitto/PokittoLib/tree/master/Pokitto/POKITTO_LIBS/PokittoTUI/UITILESETS).
To use one of them, you have to include the said file and to call setTileset() with its tileset image.

Advanced - Creating your own Tileset

Default tilesets can get pretty boring. How about creating a new one instead?

The format must respect the following constraints:

Once you have this image, it’s getting a bit more complicated, because there is a lack of dedicated tooling.
I’m doing the following myself:

If you didn’t understand, just send me your tileset and I’ll convert it. Just be aware that your palette might be different tho!

Making a recolorable tileset means you want to use a few number of colors, like the standard Ultimate Utopia does (8 colors, indexed from 0 to 7).
The recoloration works best by using a multiple of your tileset’s colors range.

Ultimate Utopia’s include file describes how are mapped its colors:

By doing careful color mapping, you can have a few interesting effects (see the Advanced Recoloration Tricks), such as:

It’s all a design choice in the end, of course. You might be fine with a 128-colors vibrant tileset with only two variants, after all.
Please remember that using the following:

I get garbage tiles instead of a proper text!

You probably forgot to call setTilesetImage() with the right tileset!

I get a compilation error after adding the #define TASUI in my My_settings.h.

TASUI works only with the TAS mode. So you must enable such a mode before!

Short answer: You cannot with TASUI alone. The code and the provided tilesets are made to be using 6x6 tiles, and it’d take a lot of work to support other sizes as well. TASUI is supposed to be a simple way to get a UI in TAS.
Long answer: You can, but you have to recreate the TASUI configuration before. Be warned it’s going to take a lot of time to create a proper tileset, and to make sure things work out! Definitely not recommended for a Jam. Also you’ll have to deal with LineFillers, which are a undocumented feature of TAS.
It’s probably best to spend your time doing something else!

If you create a new tileset, you can have a new font. However please remember the following limitations:

That’s all! I hope this was useful for you.

(Who needs arms when you got a good UI anyway) See you!

The Micropython port of TAS UI (subset) is ready, just need to make a PR and then ask @fmanga to update the Online Python Editor.
After that I will update the uPygame reference Wiki and the FAQ.

Btw. I really like the simplicity of the TAS UI API

PR is now in PokittoLib repository for @jonne.
I also updated source to the MicroPython repository.

@FManga, here is a MicroPython Example for inclusion to the Online Editor (contains my_settings.h): TASUI_Example.zip (2.8 KB)

Please correct also the line endings in the gfx data in the “Tilemap” and “Tilemap TAS” examples in PyInSky.

A small update about TASUI (PokittoLib, in process of merging via a PR):

The compiler was so effective at optimizing for speed than some functions of TASUI were actually larger than the tileset itself.
So with the help of @FManga, I added a few macros (which will be available as well), and in the end I was able to save between 10kB and 20kB of flash on some of my own program and game.
Those calls aren’t meant to be called in a intensive loop like collision resolving would need to, so it’s best for them to take less FLASH and a tiny bit more CPU (and I didn’t notice a loss of FPS in my test program either).

Also, I’m sorry about the poor state of the documentation! if any of you have a question about it, please ask