Which retro consoles do you own?

Which retro consoles do you own?

(Partially migrated from a discussion that spun out of another thread.) Wow, Mini NES, Mini SNES, C64 Mini ! You have them all. Which of those minis you prefer?

I probably like the c64 most, because you can add a lot of great games (i know with hakchi you can open the nintendo consoles, but i have enough other devices to play my original games, like nes, snes, famicom, pc engine, mega drive and so on)of course PS4 and switch also. Most (not all) of my handhelds you can see here: 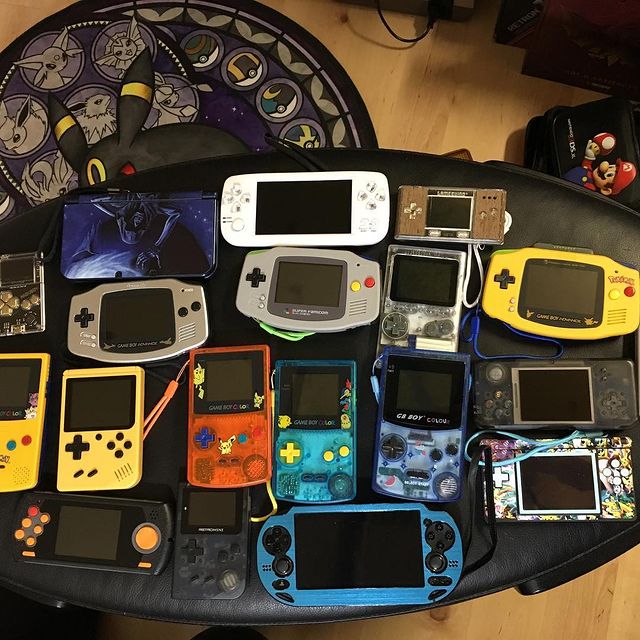 btw, whats that white console next to qbert ?

and a partial view of a Vertrex on the very top

@Rakkachi @Zockeromi Daammnn. You all have some really sweet collections. I don’t know half of them, let alone played them. I got spoiled by having an IBM PC early on (dad’s), so I never got any consoles

I had a Schneider PC 1512 SD - until then i also knew pong and atari 2600 consoles, but i couldn’t get past the mega drive and game boy.
The gameboy hooked me in nearly the same way the pokitto did - simple concept, lots of games.

yes, at least that goes for the cpc, but i think mine was different

wow, nice it emulates so many systems

yes, i especially like it to play original Hu Cards

I chose both paths

PC`s from MZ-800 and up, and consoles from a Atari 2600 and up. Only ever sold 2 systems from my collection and i still regret those. (3DO and Genesis) Of course I managed to get my hands on these again later.

cool, many nice games for it ?

I am a mix of awe and envy.

Windwaker is still one of my favourite ever games.

That’s probably the most limited edition consoles I’ve seen in one place.

I wish I had the room and money for even half of this, but I probably wouldn’t get chance to use it much.
I have some old consoles but they’re boxed away and I spend more time on my computer these days.

The GBA and the GameCube are my favourites and what I consider the ‘golden era’ of video games, despite some of the other consoles having their own classics.

But my game library itself is more impressive.
I’ve never sold any game I ever bought, even the terrible ones.
I haven’t catalogued them but I’m pretty sure I have about 100-200 games.

I think the rarest game I own is probably the Zelda collector’s edition disc for GameCube with Ocarina of Time and Majora’s Mask on the same disk.

(These days I mainly stick to PC gaming because it’s cheaper and there aren’t enough ‘modern classics’ to justify buying newer consoles.)