When will we be able to buy a Pokitto?

I follow this projekt since a long time, but I did not donate on Kickstarter.
Therefore, the question.

I am new in programming and all these stuff, so I stardet to read the tutorials made here.
It helps me to come in a bit, but it would be nice if some more tutorials be made:

Don’t worry, there are plenty of tutorials coming! I’m personally making one that will outline all the basics of making a game.

Can´t wait for it

Answer to the question: “when will I be able to buy a Pokitto?”

@jonne That are great news!
What methods of payment will be accepted?
I did not own a Credit Card. Will it be possible to pay with Paysafecard or something else?

Do you have PayPal?

No, but it would be easier if I had one I think. Its perhaps possible to get one.
If not, any other methods? I dont now what it means in english, google translater says “on Bill”. Do you now what I mean?

What country will you be ordering from? I need to check what options can be made available.

From Germany. I think there are some options.

Sounds good. I will check that.

What was the German word?
Zeche?
Geldschein?
Rechnung?

It’s been a long time since I’ve done any German but I’m quite good at doing internet searches and I know a bit of German from my GSCEs.

“Rechnung” is the right word. I dont know how to describe the process from “Auf Rechnung zahlen”.
@Pharap Could you search what it means in english please?

Sorry for the delay, I was having dinner.
It seems to mean paying ‘by invoice’.

This is an “invoice” 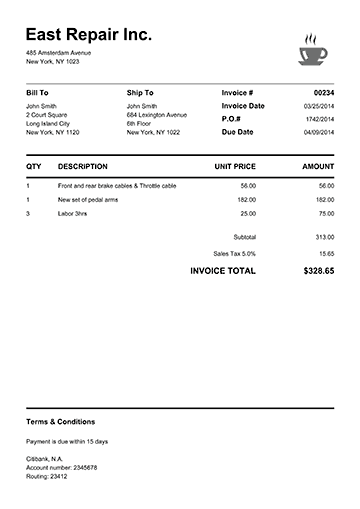 Oder auf Deutsche, ein “rechnung”:
(Or should that be “einen rechnung”?) 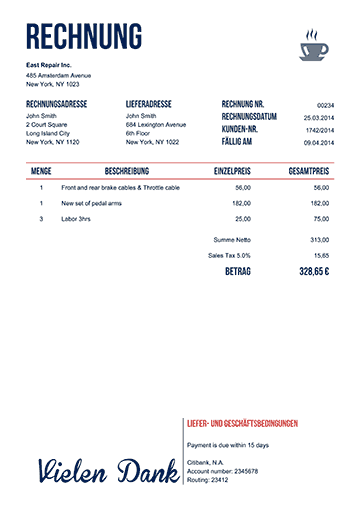 No problem.
Yes, this is a “Rechnung”

My question @jonne: is it possible to pay “by invoice”, like @Pharap said?
Thanks @Pharap for the quick answer

The problem is not really the “Rechnung”. You still need to send the money somehow. Pokitto ltd has no bank account in Germany, so it would be an international payment.

Outgoing international transfer 0.15%, with a minimum of €10, plus €1.55 SWIFT payment, plus €25 fixed fee for third party expenses (if it’s an OUR transfer)

… this is why PayPal was invented

Yeah understand. PayPal is little complicadet, but I found a way to get a “Only-one-use-Credit-card”! Its like a normal Credit card, but its only to use it ones. (Or something like that, anyway, it will work)

Thank you @jonne, @Pharap for helping me, can´t wait for my Pokitto

I must say: This community is so friendly and helpful. I don´t know how this works, many other communitys are really unfriendly. Is it because we´re so “little”(for a community stardet befor a half year and no/few advertisement are we big)?

I must say: This community is so friendly and helpful. I don´t know how this works

Basically the person who creates the forum also sets the example of how to behave. Then others who share the same way of thinking join the forum.

For me there are no such things as “stupid questions”. Forum members here treat everyones questions with respect, which I am very happy about.

I don´t know how this works, many other communitys are really unfriendly. Is it because we´re so “little”(for a community stardet befor a half year and no/few advertisement are we big)?

I’m not sure if the size is related or not. It could be.

Personally I find that most programmers/programming enthusiasts tend to be quite friendly in general. (Not all, but most.)

However, I think the most important thing is that people come here because they want to be helpful and make the Pokitto even greater than it is.

In a lot of places on the internet, people pick a fake name and say mean things because they think they are ‘anonymous’ and can’t be caught/found out.
But here people want their contributions to be linked to their name, so naturally they behave nicely.
(Hopefully, like they would in the real world.)

If people here were mean then nobody would visit and nothing would get done. We wouldn’t have any cool games or neat programming libraries.

(That’s my view/opinion at least.)

Personally I find that most programmers/programming enthusiasts tend to be quite friendly in general. (Not all, but most.)

I agree. I don’t know if its the programming itself or basicly that the people that are in this Comunity are more mature.