What are your games and other projects outside Pokitto, past or present?

All my hobby coding is Pokitto-related nowadays, but here are a couple of my past projects:

I did this for Android using Unity & C#. It was ment to be creating and sharing games made of a mixture of retro game parts. So it was a bit like Super Mario Maker before it existed

I did this for Android over GLES 2.0 with C++. The graphics etc. were made by a Hyperkani game company. It is a lot like Subway Surfers for Android. 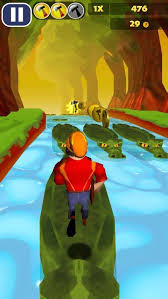 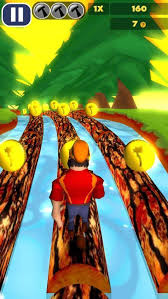 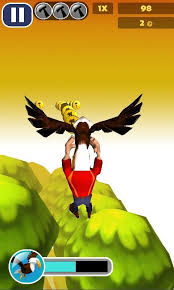 Fun fact:
The original Legend of Zelda was supposed to have a facility for creating maps/dungeons which players could share,
but the idea was scrapped due to the lack of resources and relative difficulty of making it work on the limited hardware of the time.

(I’ve tried looking for a link to an article discussing this, but I’m having problems finding one.)

Edit:
After much digging I’ve finally found a gamespot article that mentions it:

We almost had ZeldaCraft: Dungeon Building.

Originally, the game was set to launch on floppy disks, so players could use the memory storage to create and share the dungeons they created. Once Nintendo decided on cartridges for the officially named Nintendo Entertainment System, that idea was ditched.

(For a moment there I was worried that I’d imagined reading it.)

I suspect this information was given in an interview somewhere,
or maybe it’s in Hyrule Historia (which sadly I don’t own a copy of).

Before coming to Pokittoland I worked almost exclusively on a Fantasy Console I called Leikr16. The reason I was making it was that the Fantasy Consoles at the time that I knew of all used Lua as the coding language and I wasn’t familiar with it, nor too fond of it (I’m learning it now).
I began work on Leikr16 to learn Groovy. So I used LibGDx for the console parts itself, and implemented Groovy as the code language for the games. I learned a great deal about a lot of things during this project but ultimately it started to grow unwieldy and kind of crappy.
So, I started over on a new Leikr (without the 16) and used the Mini2Dx framework instead. It has a much simpler API and is way easier to use. Especially since I was only doing 2D anyway.


I still work on this project in my spare time, it is my “primary side project” really.

I recently got a PinePhone Braveheart edition. This is pretty quickly becoming another primary project. I’m working with some other folks to port Fedora Linux to it. So far it can boot to a nice mobile environment and I can almost do SMS without too many problems. I’m currently tasked with packaging a “calls” application so we can make phone calls (on a phone, how novel xD)

I’ve got a Librem 5 phone on pre-order as well, and expect to also spend a little time porting Fedora to that as well.

I have a dream, hopefully that I can realize before end of 2020, to be completely living on Linux operating systems. (I know Android uses linux, but it isn’t the same thing as a desktop free linux).

I have a GameShell that I’d like to actually do something with, but it kind of just sits on a shelf for the moment with my PyGamer

GameShell is awesome for me because it can run my Leikr project, since it is just a Linux board (similar to Raspberry Pi). I haven’t powered up PyGamer more than once, since I always prefer to come back to my Pokitto

And finally I also am learning Lua as I mentioned in order to make games using Pixel Vision 8, which is actually my favourite Fantasy Console (even more than my own at the moment

) But it uses Lua (Or C# but setting that up on Linux has proven to be more trouble than just learning Lua).

I’m so scattered in my projects, but Primarily the order is as follows:

Non-Tech related:
I spend time every morning to study foreign languages. I currently do this using DuoLingo. So I’m currently learning:

If I have time in the morning I also do some of the following:

My current daily streak on Duolingo is 1,853

and yet, I probably couldn’t even hold a decent conversation in any of the above languages

(More due to lack of actual use with native speakers. I’ve had plenty of conversations in Russian and Chinese, since I learned those at University)

Oh yeah! I also used to (and plan to take up again) play a lot of musical instruments. That took up a large part of my youth until University. I play Flute, Piccolo, Fife, Ocarina and Penny Whistles. I’ve also been attempting to learn the Didgeridoo

that circular breathing is kicking my butt.

I also am learning Lua

Normally I don’t like dynamically typed languages, but I really like Lua.
Certainly more than Python and JavaScript.

PinePhone (and sometime this summer Librem 5 I hope)

I’m glad you mentioned these.
I like to keep an eye out for phones that don’t use one of the ‘big 3’ OSes (Android, iOS, Windows Phone).
(For a number of reasons, including being able to say “no, I can’t download your ‘app’”.)

At the moment I’m still using an old motorola V220.
I’ve had it for over a decade and it still just about works,
but this year it’s finally starting to show signs of hardware failure.

I’ve had far too many one-shot and aborted projects to count.
I’ll mention a select few.

Relatively successful projects of the past:

Things I should be doing instead of writing this reply but keep putting off:

Other talents:
Unlike @torbuntu, programming is pretty much my only talent.
I can do mediocre drawings, I know a tiny bit of French and German,
and barely enough Japanese to upset the Yakuza.
I can’t sing, I can’t dance, and I’m too tone deaf to play an instrument.
The list of things I can’t or don’t do would easily fill up another text wall.
(I do have an minor qualification in Psychology though (AS level I think).)

If anyone wants any more information about any of these projects, feel free to send me a PM.

Some of my projects from the time before Pokitto:

I’ve also been attempting to learn the Didgeridoo

that circular breathing is kicking my butt.

I like didgeridoo because anyone can play it no matter how tone deaf you are. I’ve made myself a couple of didges from plastic water pipes and one from paper towel tubes, newspaper and a wooden mouthpiece. I’ve never tried a real one so I don’t know how bad sounding these DIY ones really are, but at least they make a sound.

Circular breathing was, at least for me, not as impossibly difficult as I first thought. Of course there are different techniques, and it takes a lot of practice to really master it. But basically, if you can breath through your nose while holding air in your cheeks and squeezing it out between your lips (it is easier the more resistance there is), then you are already doing circular breathing.

I’ve been building this 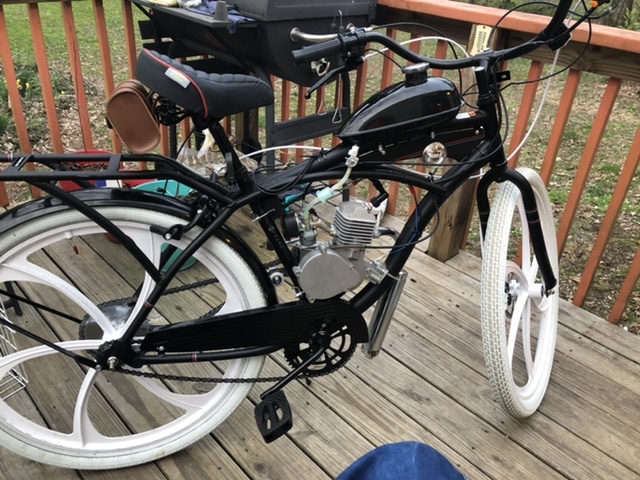 Im still waiting on the headlight for it, and I have to make the brake light, and rear marker light, the handbrakes have switches in them to activate the brake lights,
but now I have to figure out why my back wheel is off center I am afraid the frame may be a little out of true.
it got almost 30 mph today when I tested it, but the pedal chain broke on me, not sure how but one link is missing one side.

Eh, I’m sort-of all over the place. Most of my career has been a full-stack web developer (including the frontend design stuff), but I’ve also done a few years working in freelance VFX and print design work. Most of my (now several years old) design work is on my personal site, and I also do some design and programming work that I usually forget to post there.

Lately, I’ve been into fantasy consoles in a big way, and I have mostly @torbuntu to thank for keeping my interest in them high. Where others seem to have lost interest, he’s always excited to see peoples’ progress and is always encouraging via his sheer level of excitement (that excitement about Pokitto is primarily why I’m here). I created my first full game release on his (second) Leikr system to help me understand and document it better: https://pixelbath.itch.io/flappybirb-leikr

Tangentially, I love video game console homebrew quite a bit too; I’ve got a rudimentary pong game (with weak AI) on the Wii, am currently helping with a Goldeneye 64 port to the PSP, and I’ve started creating a Pico-8 interpreter on the PSP (it works, but performance is currently 6fps).

Most of my hobby time goes into console homebrew (I’m keeping my own wiki), personal infrastructure (currently working on removing all cloud-based stuff and replacing with private cloud stuff), contributing to open source projects (usually homebrew-related), art (I do mostly Blender, but pixel art and vector illustration as well), or video games. I work on pixel art for game assets, but I’d really like to sit down and push this skill further.

Language-wise, I’m semi-fluent in Spanish (Mexican variant), and am currently learning Japanese. For the latter, I’ve only got a minor vocabulary and maybe 75% of the hiragana memorized.

I’ve got some music theory under my belt and can (barely) play piano by ear. I played the drums in high school, and nowadays doodle around in Ableton and Reaper, but I haven’t really sunk serious time into it since I don’t have room for all my equipment yet. 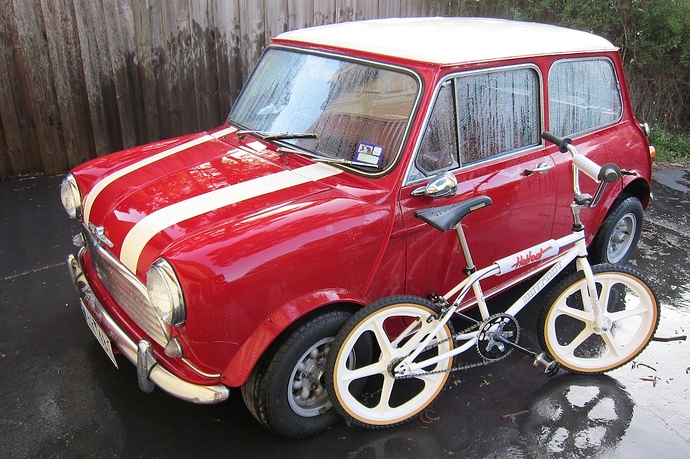 I’ve been under a rock for the past 15 years. There was a time I was a bit of a MAME developer, and I designed mod kits for arcade games. I haven’t done that lately but I still have 2 garages full of rare games, (and a few cars). Just need more free time. Now that the kids are older I’m getting back into games a bit. 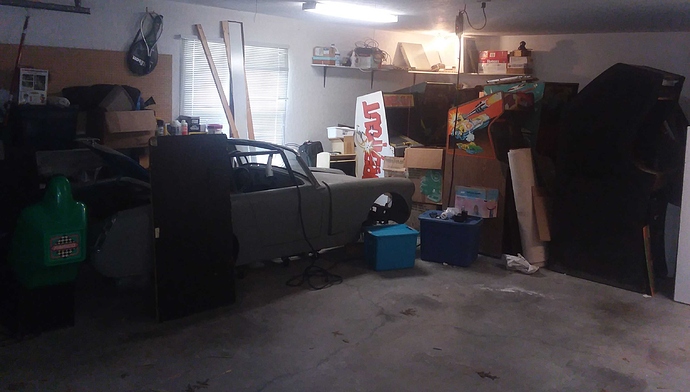 I was thinking an MG Midget or even an Sunbeam Tiger. Edit: no the rear quarters aren’t high enough.

Yeah, bingo. 64 Sprite. It’s a former dragster, set up for a small block chevy. It’s more of a long term project. I’ve got a Lincoln I’m getting ready to paint now and a Chevelle in the middle of an engine swap in the other shop.

I just looked up Sprites … I never knew they were exactly the same car as the Midget. I thought they just looked similar.