What are these buttons on the back?

Hi, what is the purpose of the things on the back of the pokitto that we can see in the animated gif ? Volume maybe ? Thanks !

They are reset and flash

Reset resets the device, so you dont have to power cycle when programming

If you press “Flash” at the same time, the device connects as a USB flash drive to any PC or tablet that accepts USB drive

This is one of the cool features of the LPC11U68. The USB mass memory function is built into the ROM. On the Atmel you need to waste RAM to do the same function.

You program the pokitto by pressing reset+flash at the same time. It pops up on the computer as a flash drive. You drop the binary in the window and thats it.’ 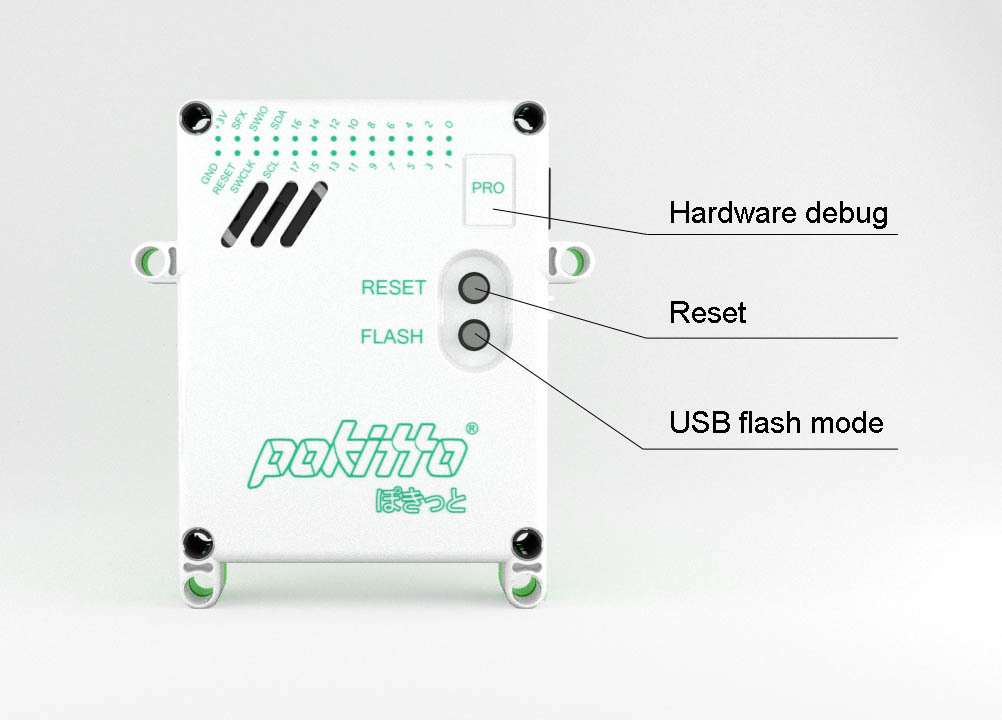 … if you are wondering why these pictures are not on the KS page, I was worried about the “no renderings” rule. The markings on the device will be like this, they will be made by tampo printing on the white part

do they do anything wen the usb is not plugged in?
mainly concerned about accidentally reseting and losing my progress of a game

You see they are in a “ditch”. The buttons are actually lower than the plastic surface. You have to really press down with your finger to make contact. Even if you do reset accidentally first few times, after a while you will notice its no longer a problem.

Pokitto is so tightly packed there simply was no better way to do it. I tried many ways. This works.

cover plate and magnets, redundant redundancy since it know even if its recessed i am going to hit them accidentally, but no worries i will make that modification for myself

Remeber this is diy!

If you are worried, you can leave reset button uninstalled. Flash only works at device reset. If you develop using a hardware debugger you do not need the flash button wither.

Are there plans for the library to support using them for people who’d like extra buttons? Or are they so hard to press as to not be unusable in a game?

They can’t really be used in a game because they are hardwired. The flash button can be read during program execution (it is connected to PIO0_3) but the reset will just reset the device, no questions asked

you can connect buttons to the head connector of the pokitto. Use as many as you like!