Websites offering free graphics (and other assets) for your games

I’ve seen a few people get stuck at the art stage of their game. Sometimes you’re a good programmer but not an artist. Sometimes you just don’t have the time to create a lot of graphics. Sometimes you just don’t want to. That’s okay, because there are communities offering free resources for you to take and use. They’re usually also licensed in a way that allows you to make modifications, combine them together etc. Or, you can just take inspiration.

I would like to share my list of places where I get my assets (and share mine in return). Before using a piece of art, be sure to check the exact license - some, for example, require attribution, while others require nothing at all. They are mostly Creative Commons licenses.

So, here is the list (note that some formats may be more suitable to Pokitto development than others, but let me share all that are generally useful to game development): 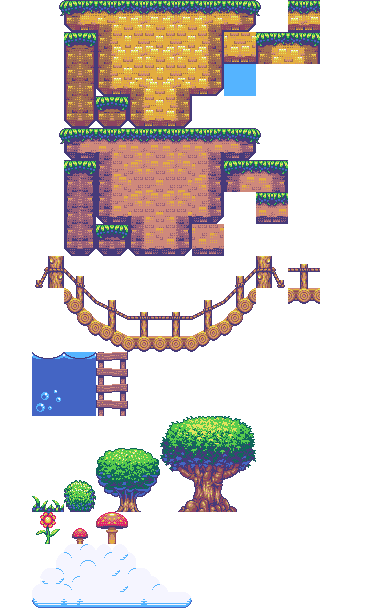 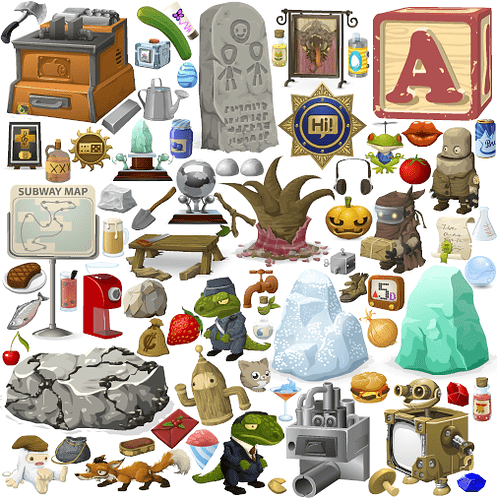 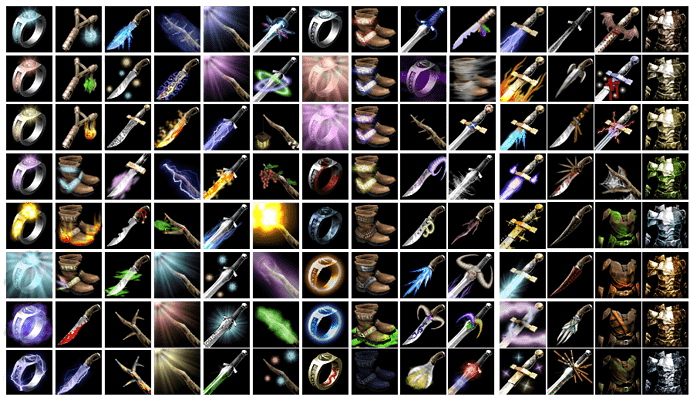 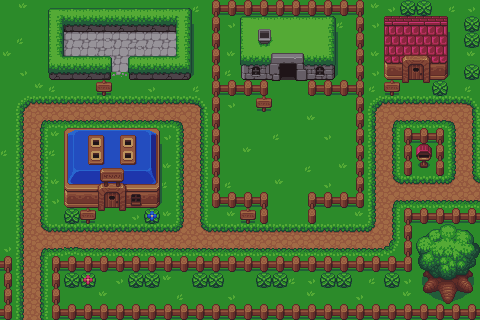 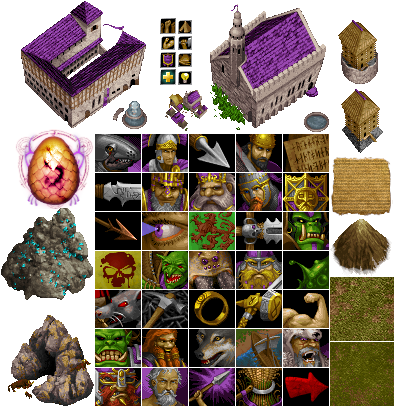 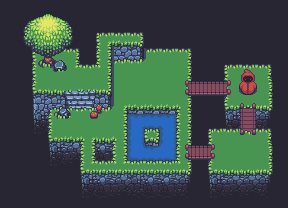 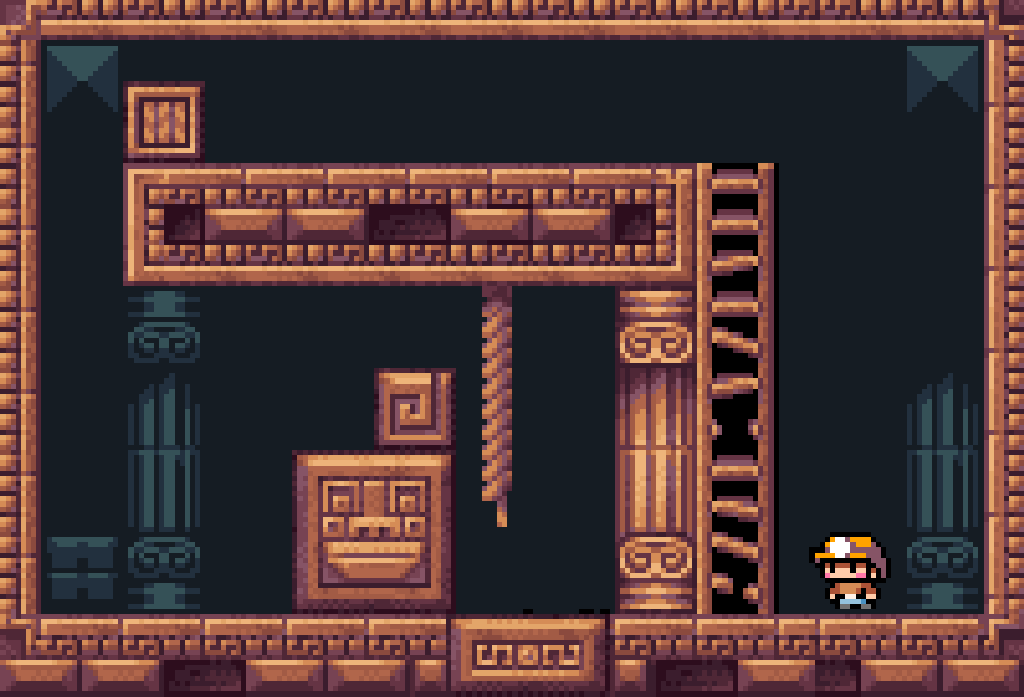 Other interesting websites related to this topic are for example the Internet Archive (gigantic database of works, many of which have fallen into public domain), Public Domain Review (hand-picked works from the public domain), Projects Gutenberg (free e-books, if you happen to need a lot of text), Flickr (photos, many Creative Commons). More links can be found in my personal link collection here.

That’s it. Hopefully you’ll be able to find what you’re looking for. And if you do, always think about giving something back, because that’s what keeps these great websites up

And of course, if you know other great places to look for assets, share them in the comments.

I’d like to find a program that would let you make 8 but stule stuff I have photoshop but it is useless for making pixel stuff.

I don’t use photoshop, but I’ve heard you can do pixel art with it, just have to set it up a bit.

I personally use GIMP, which is a free alternative to Photoshop, and it can be set up for pixel art too (I used this tutorial). I’m using it quite comfortably now.

And with quite good results if I can say. Later I used Kolourpaint, which is a free MS Paint clone, and has some additional features - I find it a reasonable mix between completely primitive and very complicated - so maybe give it a try.

Anyway, it’s mostly about getting used to whatever program you’re using, no matter how simple or complex.

I really like the Link To The Past style tileset: 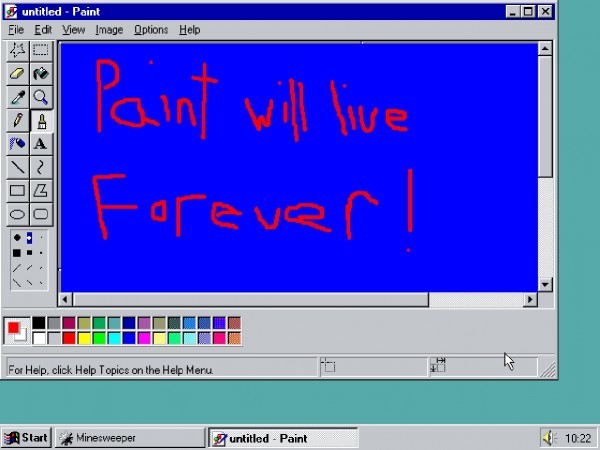 I don’t know what to suggest for Mac, but on Windows I use MSPaint.
I have GIMP installed but personally I don’t get on with it for doing sprite art.
I know GIMP runs on Mac though, so you might want to look into it.

I originally installed GIMP because Photoshop was too expensive for my (at the time) student finances.
Later on I tried it on the college computers but couldn’t really get on with it. I find GIMP much easier to use.

I really like the Link To The Past style tileset:

This might be the best Zelda-like tileset I have in my favorites (also CC0). (The previews show only a little of it, it’s actually pretty big.)

I love that you can simply download the spritesheet, load it into Tiled and start creating your own small worlds in a matter of minutes

Also this (reminds me of Arduboy games): 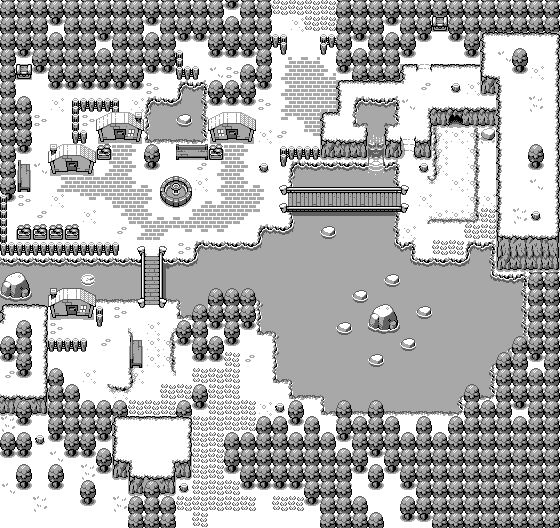 Wow, these are real beautiful, thank you very much!

Is that Sheila from Dungeons & Dragons?

there all sprites from games that where made for pokitto, mostly demo’s since there code is old and i might have abandont them for the time
https://talk.pokitto.com/t/game-pokitbeasts-wip-alpha/978

Chara pixelcroft in the shrine of dusty artifacts Games

testing out my new custom mode i think we are at number 15 so i guess thats what it going to be called technical name would be something like “16 color high resolution 220x176 slow draw + large buffer in ram” mode15test.bin (33.1 KB)

Slime is a sliding puzzle game where you direct googly eye slimes back to there place. slime.bin (60.2 KB) SLIME.DAT (1.1 KB) needs sd card with SLIME.DAT file to function [image] (source codeslime.zip (9.9 KB) this is a bad example to show of how to implement a tile mode game it alows you to use multiple pallets on the same screen but is slow and should probebly only be used for tile based board games, it composites a “tile” as a small buffer and then directly draws it to the screen)

The Pickford Bros are offering some of their old bitmap fonts. Free for people to use in their homebrew games etc…

Here is an example.

Unfortunately they don’t actually provide a licence so technically those aren’t really ‘free’ in the licencing sense of ‘free’.

Unfortunately they don’t actually provide a licence so technically those aren’t really ‘free’ in the licencing sense of ‘free’.

I’m sure I’ve had this conversation about my own code recently. But surely the author saying “Feel free to use any of these fonts for whatever purpose you see fit.” is just a legal as a bloated document written in legalese that says the same thing. People shouldn’t require a legal document to give something away for free.

Technically from a legal standpoint, not indicating a licence is usually equivalent to declaring an implicit copyright.
Most legal systems are so geared up for protecting people’s copyright that it’s actually hard to properly waive it (some countries won’t even let you waive it completely, you can only pass on other individual rights).
Usually you have to explicitly state which rights you are giving to the user.
E.g. right to copy, right to modify, requirement to credit the author vs right to not credit the author.
Declaring a licence is actually the easiest way to do that.
Just say “this art is CC BY-NC-SA” and automatically you’re in good legal standing and end users know their rights.

Sure, it’s unlikely that anyone is going to hunt someone down for breaching copyright, but it takes minimal effor to type “my art is released under the CC0 licence” and those words instantly express what rights the user has.

I know it’s for code rather than art, but choosealicence has a good description:

Also, although I’m not his biggest fan, Jeff Atwood has a decent article about it.

Also, from what I have read in the past, Typefaces are not copyright-able for the same reason as clothing. They are considered utilitarian rather than aesthetic, so even if the images used to display the characters could technically be copyrighted, the typeface itself can not be.

Typefaces are under heavy copyright its just that the use of them for users of the software, its gets realy wierd and why you dont see the same exact font on all operating systems

It varies depending on the country.
In England fonts are definitely copyrightable.
In American law typefaces can’t be copyrighted, but typefaces aren’t the same as fonts (which are classed as computer software).

Basically a typeface is like an algorithm and a font is like a piece of software implementing that algorithm. You can’t copyright the algorithm but you can copyright the software.
(Ok, you can patent some algorithms, but let’s not worry about that for this analogy.)

If fonts didn’t have copyright there would be no point selling them because without copyright people could distribute them freely.

Companies have sued because people used their fonts without permission.

But the image files there probably aren’t classed as fonts under the US law definition.
They’re probably classed as images/graphics.

We have to discriminate between typeface and font in this situation.
A font is technically software, whereas a typeface is the description of a character.
I am more than happy to agree that a font falls under regular copyright law and can not be freely distributed for the usual 70-150 years after creation, but a typeface on the other hand is completely different.

For the link I posted, we’re in the clear, simply because of the age of the typefaces (even if you were to count them as fonts). Here in England, there is a 25 year limit on the copyright in this particular case (which seems to be the longest amount of time). Most 8-bit games are this old, if not a lot older, so the majority of 8-bit character sets will be out of copyright even if it were to be upheld.

It seems that typeface is a more abstract concept.

It all depends on whether the images are classed as fonts or as images/art.

Even if the 25 year rule applied, that would only make certain typefaces free for use, because some of the games the fonts are from were published (and presumably created) in 1994 or later.

This is exactly why a licence is a good thing.
If there was a licence on it then we wouldn’t be sat here trying to discern whether these are ‘fonts’, ‘typefaces’ or ‘images’ because the licence would make the usage unambiguous.
The legalese is only there for lawyers, usually most licences have a non-lawyer readable version as well (as all CC licences do).

I might contact them and ask them about it at some point.
For now, I doubt either of us would be able to pin down what the legal situation actually is.

People shouldn’t require a legal document to give something away for free.

Exactly, but that’s not the case, because (warning: opinion)

Typefaces are not copyright-able for the same reason as clothing.

Speculations - it may be true in some/most/none situation/countries/courts (the same as “fair use”). The truth is unless the law is 100% (± epsilon) clear, there’s a non-zero chance (that gets bigger depending on the number of lawyers on the opposite side) you’ll get sued and lose.

So basically we need a license for everything, or else we’re playing a lottery. Again, personal opinion:

Answering to this will most likely lead to a rant, so you might as well create a new topic for this

(We already have one on the Arduboy forums.)