I am making common UI widgets for Pokitto. Jonne makes the Loader dialogs, but these widgets are more generic. You can use “stock” widgets in your apps and games, or create own custom widgets by class inheritance. The look of the UI is based on the excellent UI mockup by @spinal. So far I have implemented window with a frame and a title (both optional) and integrated the listbox by @Initgraph to the widget system. 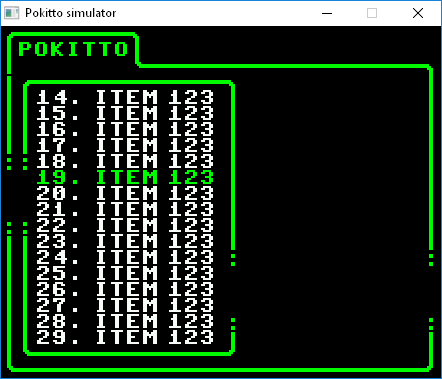 This is how the custom widget above has been created:

Next I will be making the Cancel and Info dialogs. Please let me know any ideas about the look-and-feel or functionality of the widgets.

Thanks @Hanski. I think that now as we are at the early stages of making these widgets, its good to discuss some design goals.

What I think these widgets need to provide is:

Yes, exactly. Those goals would be realised as I will make stock widgets, like the cancel dialog.
I would add one goal still:

I am also going to put all the string constants (like “OK”, “CANCEL”, etc.) in one header file (common to all system SW). That will make it easy if someone wants to make a localized version of the Pokitto SW.

Now the first version of UI widget framework for Pokitto is ready. 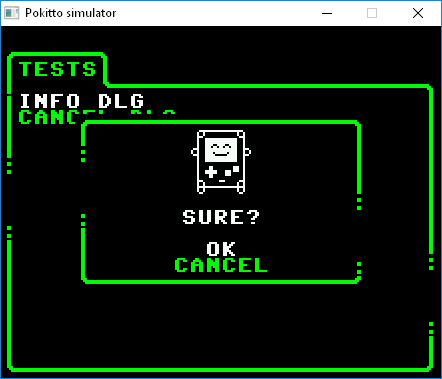 Example of creating and using of the Cancel dialog widget.

Stock Widgets (can be used directly in the applications):

Note: To be able to use the widgets, the application must:

As you see there are not many widgets yet, but this is a start

Keep telling what is needed next or what is not working.

The widgets are available for using in your own applications as soon as Jonne gets the pull request merged. 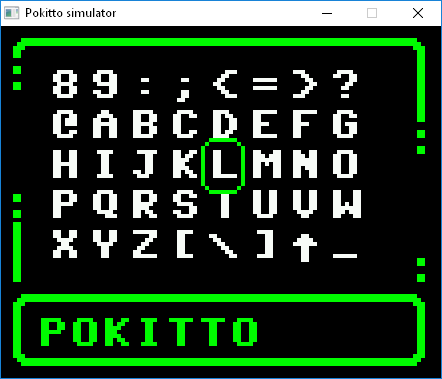 I really think that you should create a template that includes use of all of these different features so people can use it to help them understand the code, but to also give developers a starting point who want to make a functional app a little faster for testing purposes.

For instance, when I create a program to test connecting to my keyboard, I’d like to be able to just apply the functions to menu items without building the entire menu.

It would be cool to do include menu options similar to… 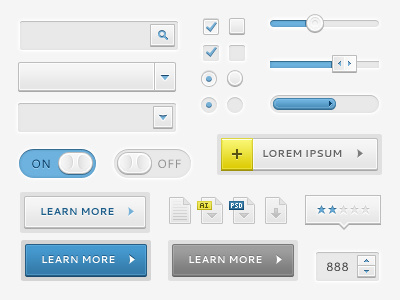 Have a look in “examples/UIWidgets.cpp” in the Simulator codes. There are examples of usage for all widgets. It is not a template, but using the widgets is really simple, just a couple lines of code.

Just tell If you have some specific needs or improvements for widgets. I probably can implement it or help you to make it.

Here’s a mockup I made of what some things you suggested could look like:

This looks like it’s coming along well so far. I’m impressed

Having also a wiki article about using UI widgets would be nice. Any volunteers ?

I am currently a bit busy. It would also be a good design review for widgets if someone else did it.

I would try to figure them out, but I think a better, non-Discourse wiki is right around the corner, so I’m waiting for that…