I got distracted with the loader

I’ll try it now… Yep. Much better. I don’t dwell on these things. Unless someone really has a different super-duper idea, this is the format that the loader will use. Now back to coding. Edit: if the author does not provide icon, we will use @VonBednar 's standard SD card icons [image]

Whoa, I hadn’t seen that yet.

Huh did I see a operation fox by Jonne? Where’s that?

This is my game Operation Fox that I was working on on the Gamebuino. In order to know what 16 colors is really capable of showing, I made this test image. This was before I started working on the Pokitto. I was sure 16 colors is enough! (especially when you can choose the palette) [image] People might think I am making Pokitto in order to make money. That’s not it. It started and still is about my desire to make a fun, simple gaming gadget that is enjoyable to program, the way that old gam…

@FManga : I would like a special feature if possible. The emu is excellent for making gifs (which is very useful for me) but I need to edit out the beginning from every gif, which is time consuming. Could you make a shortcut key for turning on the gif recorder?

I probably understand this wrong, but F3 turns it on/off?

For cutting/scaling/etc. I use ffmpeg, it handles gifs as well. e.g.:

That’s right, you can start/stop recording with F3. You were using the command line flag?

You were using the command line flag?

My request would be again pixel art scaling algorithms like with ProjectABE, but that’s probably better left for later now.

I had this in mind already, I should put it in the to-do list before I forget. We also need a way to take a PNG screenshot and shortcuts to pause/resume/restart emulation.

Any suggestions as to which algorithms would look good? Do you think you can do some tests?

Do you think you can do some tests?

I’ve been thinking about it, I’ll let you know if I get to it. Put on the TODO for now

For anybody building from source: I’ve added a new dependency to the emulator, SDL2_Image.

Or, if you’re on ubuntu: sudo apt install libsdl2-image-dev

Other changes in the “Bleeding edge” section of the first post. 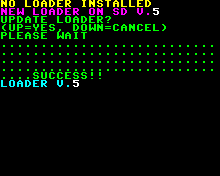 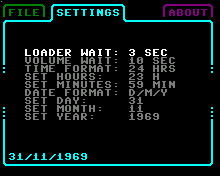 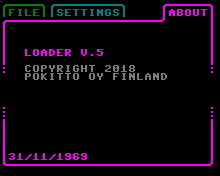 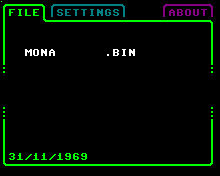 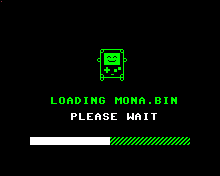 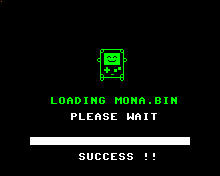 Now that that’s working, I can start my custom Loader.

I had to wait in a really long line today, so I used the time to get multi-threading to work on Windows and managed to release a new build.
List of new features:

I need a MAC binary compiled by tomorrow! Please help.

I’ll try to make a mac build this afternoon. I don’t have a mac so I’ll see if I can borrow one.

Thanks! I would do it myself but I’m really busy preparing the lesson I need to teach tomorrow.

This is a make-or-break kind of situation.

Ah, I see. In that case it’d be best to make a statically-linked build. I’ll see what I can do, but Macs are completely alien to me.