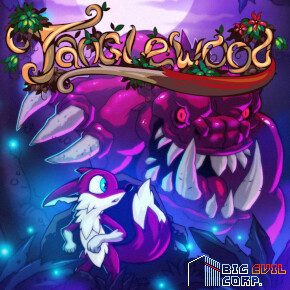 TANGLEWOOD® is a brand new and original game for the SEGA Mega Drive / Genesis, coming 2018

Did it ever arrive? If so how is it

It arrived, (with a small delay ofcourse) but it works perfect and really plays as a old type game. There is art work on the cover that resembels a real genesis cover without using any trademark images. And as a bonus i recieved the game on steam aswell. The gameplay is really nice. I will try to add some screenshots tonight

I bought the download version and i am pretty happy with it, although it’s getting a bit repetitive

True, it does tend to repeat.

I got this game too, and it really has an amazing atmosphere. Music only plays at certain times, so a lot of time is spent with only background sound effects, but this gives a great sense of minimalism, which is shared with the gameplay and UI.

The game isn’t too long, and some of the puzzles were a bit frustrating, but overall I thought it was great. There are two endings to the game. You have to collect all the fireflies in the game to get the good ending, but I actually ended up spending hours trying to reverse-engineer the password system to find a password for the final level with all the fireflies acquired. Interestingly enough, you just get the normal ending if you beat the game with too many fireflies (you can enter a password to start the game with more fireflies than exist in the game). Also, some passwords crash the game, causing it to display a screen with debug info, which is pretty cool.