I’ve been down with a silly (but strong!) flu for almost a week and I am finally feeling I am out of it.

We received 90 boards on monday and Aaro has been working on them, and I kid you not, once we ship those + about 20 waiting at my workshop all Kickstarter rewards will be shipped.

Lots of things have not been done but we will get back on track.

@jonne I wish you a quick and full recover.
Get well soon and keep on your amazing work with Pokitto.

Good luck @jonne, I feel
Your pain I’ve had some Tonsillitis for a week now.
Just don’t forget to set a Pokitto aside for me when you start taking orders, I will order on as soon as I can.

Glad to hear that you are feeling better.
Don’t overdo it!
Sounds like the end of the Kickstarter shipments is in sight…

All earlybirds are now done. Sending them to Omniva. We overdid the earlybirds because ppl wanted 4x 2x packs. So there were a whopping 380 earlybirds.

Wow! Nice work!
Will the shop coming up next? Is “Pokitto befor Christmas” real

It depends on many things arriving on time. Still too close to call.

Oh, that is good news! By now, I’ve worn my teeth flat with chomping at the bit… won’t be able to control the urge to start playing and tinkering with my Pokitto for much longer.

Really need to see the hardware to start getting into it.

Hope you are feeling better and thanks for all the hard work bringing us this project, following up and building a community, @jonne !

@Miratus Its in NL, I will PM the tracking code right now

so near yet so far away…

My Pokitto’s arrived. One colour is incorrect, but doesn’t matter that much.

Will he make it? Will he?

shoots off a quick prayer to the FSM

May the Pokitto be touched by His Noodly Appendage.

Got an orange back instead of green but it’s ok. 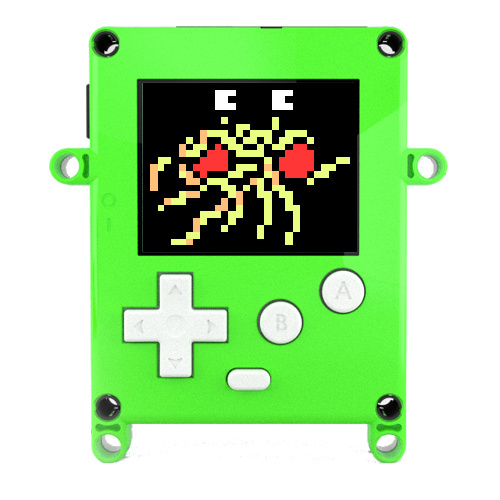 Sorry no, but what kind of game would that be ?