Speed of streaming music from SD

Hello all. @spinal is reporting that streaming music makes game run slow. I am aware of this. The main reasons are 1) petitfatfs is not the fastest SD library out there 2) SD card reading does not implement DMA yet (DMA=direct memory access).

Something will be done about this in the future (user will be able to choose a bigger but faster SD library & we will pick a lib that supports DMA). But just FYI those are the causes for the drop in performance when streaming.

Here is a faster lib if someone wants to start looking at it already:
https://os.mbed.com/users/neilt6/code/SDFileSystem/

Actually I think we’re going to port this one. Its for STM32 chips but since its also for Cortex-M0+ its basically just changing the way the CMSIS port registers are named: 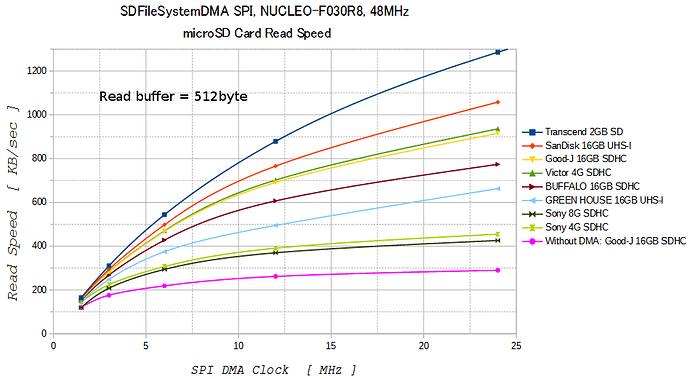