I reached out to the creator of Castleboy, one of the best games on the Arduboy (in my opinion), and he was excited with the idea of it being ported to the Pokitto.

@jonne advised posting this here to give it some attention. He also said he could chip in to port it. He mentioned that it wouldn’t take much time total (maybe 2-4 hours)

Would anyone want to take on this port?

My idea would be to simply port the black/white version at first.

The next step, if interested, would be to add color to it. Here is a mock-up of what Joel (the original creator) had in mind.

Some questions on porting this are:

One big detail I forgot to mention is that I have no coding/programming experience. Someone would need to take the lead.

Here is the github of the source material: 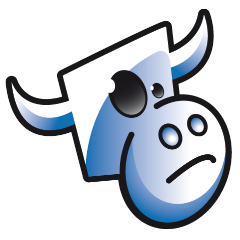 Castlevania demake for the Arduboy. Contribute to jlauener/CastleBoy development by creating an account on GitHub.

I am in the team. This is a good project idea. But I can only contribute so much. I hope some other coder also joins.

I am interested because we can test the whole porting procedure and streamline the process.

To get the core code running in black and white. Making the graphics was not counted.

@TokyoBatman you could start building the sprite sheets for this in color. We will use @spinal’ s 256 color mode for this (110 x 88 x 256colors) and make it look really nice.

Just use any pixel program that allows you to draw in 256 color mode. Most of them do.

@Pharap did mention that you couldn’t use the arduboy 2 library with color.

Considering that, if the core black and white could be done rather quickly with the arduboy 2 library. That would be the best route for starters.

@jonne is that what you’re thinking too? The game kind of stands on its own without color

Not true. You can. I have already implemented a solution for this on Gamebuino (classic) games, you can see it on Crabator.

@Pharap did mention that you couldn’t use the arduboy 2 library with color.

Not true. You can. I have already implemented a solution for this on Gamebuino (classic) games, you can see it on Crabator.

The Arduboy2 library is designed for sprites that are in one of a certain number of formats, all of which are black and white.
Hence adding colour would be more work than just changing the colours of the sprites.

@jonne while we’re on that topic, I notice Pokitto_XTERNALS is in PokittoSim but not in PokittoLib.

Do they all work for the Pokitto?
If so I could PR them in from the fork+branch I just made.

@Pharap I hope we can work on this together. I want to polish up the Arduboy2 port and implement the necessary extensions for color and Pokitto features

If all the existing xternals work then for now it might be best to just add them back in, but after that I’d certainly be interested in helping out with improving the Arduboy2 port from time to time.

The library has also changed a bit since this version was made.
It’s mainly been refactoring rather than compatibility breaking stuff, but I can think of at least one edit that might benefit the code size on the Pokitto.

I’m a fresh chicken, but all of this is exciting @jonne and @Pharap. I don’t even know what a sprite sheet is, but I just messaged the creator of the game about it. He may have some extra ones. How many do you think we need for a port like this? And do you think we will need all 256 colors?

And do you think we will need all 256 colors?

here are all the sprites

CastleBoy - Castlevania demake for the Arduboy

@adekto, I think @TokyoBatman meant that jlauener has sprites that weren’t used for the final game.

@TokyoBatman, @adekto is right about the colour thing, 16 will probably be enough. If you have lots of colours you need to either reduce the screen resolution or have a lower framerate.

I don’t even know what a sprite sheet is,

Basically it’s where you put lots of smaller sprites into one larger sprite so they’re close together in memory, which is more efficient and allows them to be indexed by a single number.

Basically it’s where you put lots of smaller sprites into one larger sprite so they’re close together in memory, which is more efficient and allows them to be indexed by a single number.

would like to mention that this also means the sprites are all the same size, the way its represented in memory is a 2D array indexing each sprite.
but in this case with this game you don’t have to worry about it there all separated into png source images

this also means the sprites are all the same size

Sometimes it’s just a 1D array.
That’s what Arduboy2’s Sprites class does (though with a twist).

My first attempt at pixel art. What do you think? Should it be less detailed? or the amount of detail doesn’t matter? Will the colors work for the coding @jonne @Pharap

Could someone explain if these blank sprite images need to be colored or should they remain white.
For example the black and white vs colored (if viewed in a program there is a white outline around the image):

Not sure what the purpose of that is? Is that what will happen when the sprite is hit? so should it be colored or left white? any thoughts?

My first attempt at pixel art. What do you think?

Very good first attempt. This is exactly what is needed.

@jonne and @Pharap Hello guys. So I finished up the pixel art. Some things may need to be tweaked to look nicer, but we’ll have a better idea of that during the playthrough. This is my first time doing pixel art so anyone can pitch in and make tweaks. Here it is:

Will it be possible to stretch this to fit the screen of Pokitto?

I would also like to express interest in helping with this.

I have ported an Arduboy game to the Gamebuino in the past (Star Honor), and it wasn’t too difficult. The hardest part was definitely fitting the graphics onto a smaller display (a design challenge more than a technical one), but since the Pokitto screen is higher resolution it does seem like it shouldn’t be too hard.

The graphics could be scaled up for the higher resolution screen, or the viewing area could be made larger. I’m not sure which would be better, but I would probably start with trying with a bigger viewport.

The graphics could be scaled up for the higher resolution screen, or the viewing area could be made larger. I’m not sure which would be better, but I would probably start with trying with a bigger viewport.

At the moment it seems that the Pokitto version of Arduboy2 draws to a buffer in Arduboy format, so the easiest thing to do would be to just convert that into something that can be drawn on the Pokitto and draw it centre-screen.