By the way, I was one of the few who voted “We’re not ready”.
I think we’re missing a couple of things yet.

@FManga proposed to add a way to get some UI separate from TAS’ Tilemap and Sprites layers.
It’d be especially useful for MicroPython games it seems.

So I’m in the process of making one for TAS. It’s basically a new, independent tilemap, with a tileset (containing all the ASCII characters but also special tiles), allowing the creation of a simple UI made out of boxes, gauges, fixed-font texts, etc. The inspiration is clearly from the Final Fantasy series and old RPGs from the NES/SNES.

I’ll post more about that subject later, but here is a small preview I already posted on Discord yesterday:

More to come about that subject!

PS: Sorry, I’m not fond of the weird smiley in the example project, so I replaced it with one of my own characters’ sprite

@FManga proposed to add a way to get some UI separate from TAS’ Tilemap and Sprites layers.
It’d be especially useful for MicroPython games it seems.

Great, as I am going to use Python for the jam

Btw. How much is the UI system going to use ROM and RAM?

It’s going to change as I implement more things, but it should remaining along these lines.
If I implement anything that costs a lot, in RAM or FLASH, I’ll make it optional (I’m thinking about color-per-tile).

I would love to expand my TileSet tutorial to include this when you are finished.

That’ll be a pleasure!

(Sorry, I kind of hijacked this topic for that component)

A few news about the UI Tilemap!
I’ve optimized a bit the whole so it could be more usable.
Here are some stats, using the default TAS project.

There are still a bit of room for improvement, since I still get only 60 FPS for a blank UI Tilemap (case G) vs 65 FPS for no UI Tilemap at all (case A).

In any case, these performances are now acceptable for me. I don’t expect much of the screen to be covered by this UI system when in action, so the 31 FPS shouldn’t be something that happens too much. 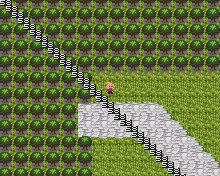 “Stair” made of FPS counters 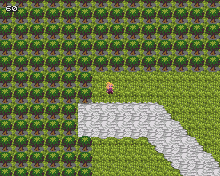