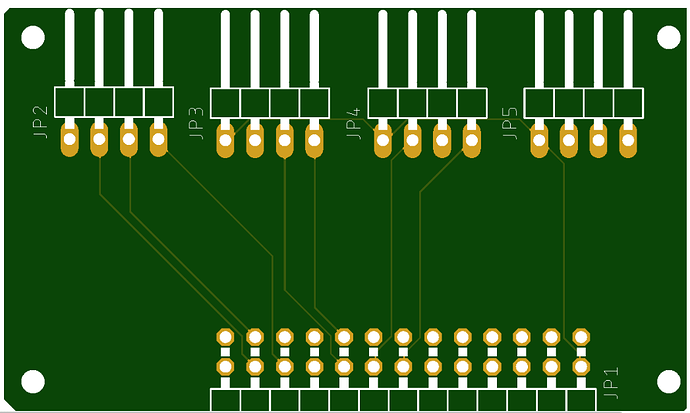 Edit: Isn’t JP2’s leftmost pin missing a connection like the other one?
Edit 2: Oh, gotcha, wires behind haha

Nope. It’s something for playing but not games

Edit : I know this is almost impossible to guess until I provide more hints. Picture coming later

It’s for playing music and those connections connect to speakers.

4 connectors, each with a ground. This is a sign that each goes to a separate thing and not a matrix or something like that. I’m guessing they’re 4 different things of the same type.

Since the 3v3 isn’t hooked up, whatever they are, they probably don’t take power from the Pokitto.

None of the visible pins go to PWM, which suggests they’re not analogue outputs for speakers.
1 ground and 3 signals is too much for MIDI and PS/2 ports… it’s not DMX512… probably not 3-bit DACs…

I thought so too at first, but why take VCC from GPIO instead of 3v3?
Besides, PS/2 needs 5v.

Could be a mistake.
And not all of the 4 seem to be fully connected,
JP5 is missing some connections so who knows where those go.

True. Still, I find it unlikely because 4 is a strangely large number of PS/2 ports.

The only complete one is JP2. @jonne posted half a riddle for us to guess.

And not all of the 4 seem to be fully connected

They are, the traces are just running on the bottom layer.

Another hint, this is a kids toy kind of thing

first though since it where 4 was the lego mindstorms but there a 6pin deal these days idk
maybe the newer lego power functions?

This is something I am doing with the kids classrooms in mind.

Edit: its very simple yes, but it needs to be. It is a Pokitto Traffic Lights Controller Hat

There will be 4 of these in the package + wires 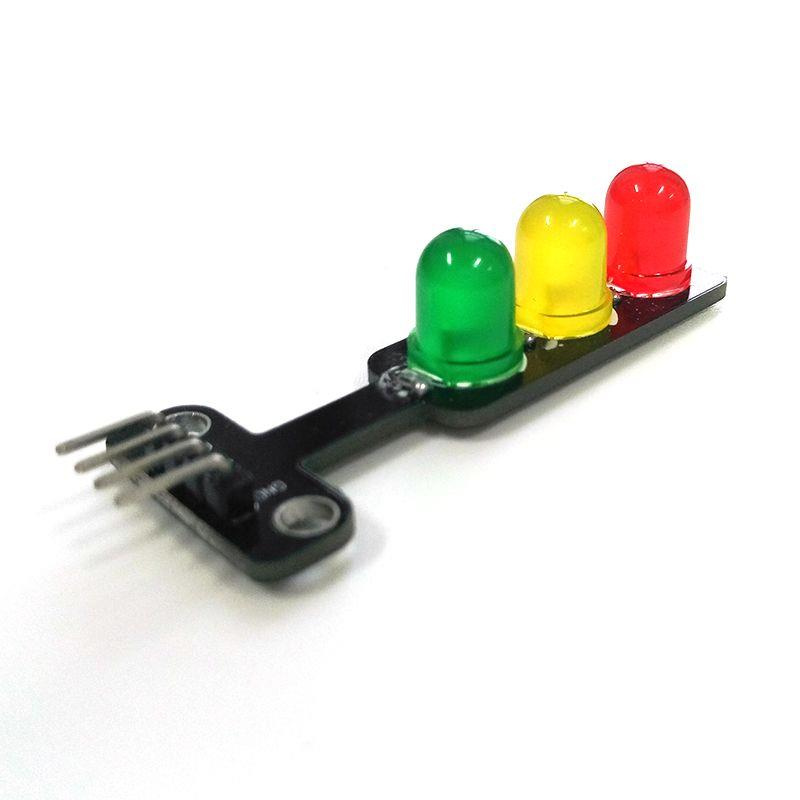 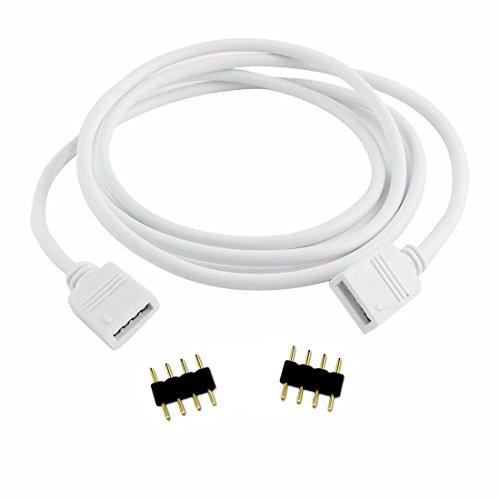 Drat, I almost guessed an LED hat. (But I was going to guess my HP-bar idea.)

Either way I approve, it reminds me of when we did traffic lights in Flowol in primary school.

Like this, but on Windows XP (I think? Maybe it was Windows ME or Windows 95?): 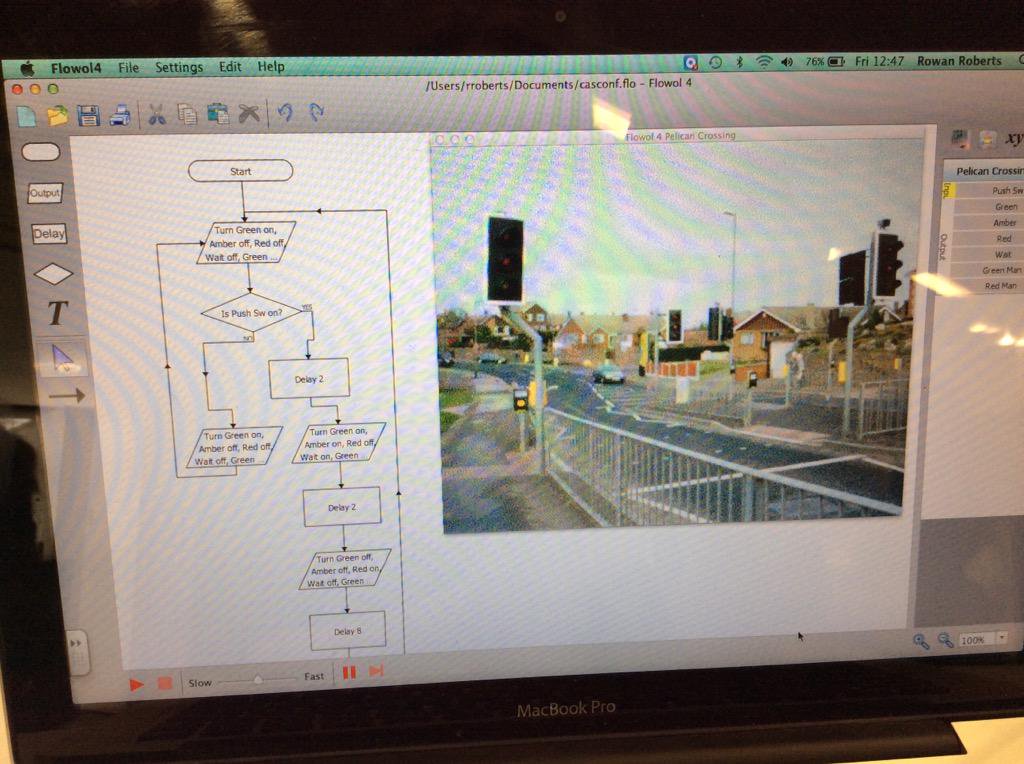 They had Flowol à Paris?

I accidentally stumbled on this academic paper.
Not entirely sure what it’s actually about because like most academic papers it’s horribly tedious,
but it mentions Flowol and it’s looking at the UK ICT curriculum and it’s something to do with making games.

I actually don’t remember the software at all when I had to do it. It wasn’t on Windows XP as it happened more than 20 years ago

Ah, so it is for world domination… according to Die Hard 4.

Ah, so it is for world domination… according to Die Hard 4.

My MAX_SEQUELS=2 so I haven’t seen it.