Idk if it is just me, but sometimes the Pokitto emulator (2x) screenshots on the mobile phone look so much nicer than the actual game on Pokitto. I do not mean that the screen quality is much different but sometimes I would like to see pixels more clearly on Pokitto. Even in the 110x88 screen mode the pixels are not visible enough.

I was thinking that do we need yet another, “pixel-lover”

, screen mode? That would be a 73 x 58 mode, which is zoomed (3x) to the (almost) full screen. Of course, you could use 220x176 mode and just use 3x3 pixels to build your bitmaps, but that would be huge waste of cpu and memory resources.

What do you think? Would you like to have this kind of screen mode?

I love the idea. I want huge pixels, that I can almost hug!

It should be called the

getting to that atari look

alternatives would be to use a 3x4 pixel and have a text line on the bottom or top in a higher resolution?

And ofcourse we can have

Hint, the joke is https://en.m.wikipedia.org/wiki/Vaporwave

Lets have a poll. Here are the examples. Please scale the browser window ([ctrl] and [minus]/[plus] in Chrome) so that the screenshot size matches to the Pokitto screen physical size to see how it actually looks on Pokitto. 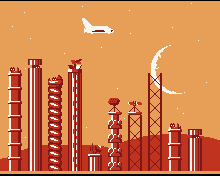 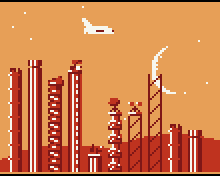 Which new graphics mode do you think we need for Pokitto?

Edit: note that these screens are just scaled down from to original. The graphics quality do not match to the real use case where the graphics would be originally designed for the resolution in question.

Seeing those pics I think 55x44 is not useful 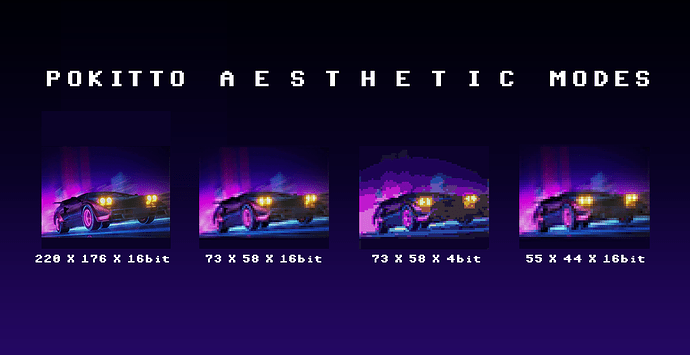 I’m still having fun with half res 16 color too though. I guess we can never have too many screen modes

What about new modes from other well known retro consoles? 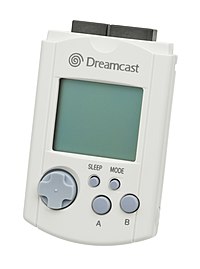 The Visual Memory Unit (VMU), also referred to as the Visual Memory System (ビジュアルメモリ, Bijuaru Memori) (VMS) in Japan and Europe, is the primary memory card produced by Sega for the Dreamcast home video game console. The device features a monochrome liquid crystal display (LCD), multiplayer gaming capability (via connectors at the top), second screen functionality, a real-time clock, file manager, built-in flash memory, and sound capability. Prior to the launch of the Dreamcast, a special Godzil...

The Pokémon Mini[a] (officially stylized as Pokémon mini) is a handheld game console that was designed and manufactured by Nintendo and themed around the Pokémon media franchise. It is the smallest game system with interchangeable cartridges ever produced by Nintendo, weighing just under two and a half ounces (71 grams). It was first released in North America on November 16, 2001, (two days before the GameCube was released) then in Japan on December 14, 2001, and in Europe on March 15, 2 Features...

The Atari Lynx is a 8/16-bit handheld game console that was released by Atari Corporation in September 1989 in North America, and in Europe and Japan in 1990. It was the world's first handheld electronic game with a color LCD. It was also notable for its advanced graphics and ambidextrous layout. The Lynx competed with the Game Boy (released two months earlier), as well as the Game Gear and TurboExpress, both released the following year. It was discontinued in 1995. The Lynx system was origi...

The Game Gear[a] is an 8-bit fourth generation handheld game console released by Sega on October 6, 1990 in Japan, in April 1991 throughout North America and Europe, and during 1992 in Australia. The Game Gear primarily competed with Nintendo's Game Boy, the Atari Lynx, and NEC's TurboExpress. It shares much of its hardware with the Master System, and can play Master System games by the use of an adapter. Sega positioned the Game Gear, which had a full-color backlit screen with a landscape for...

So people will be able easily port graphics/games from them to Pokitto.Also this will create interest in Atari, Sega, Nintendo homebrew communities.

I am curious. Why do you need so many colors on Pokitto? (Well, I am probably just too obsessed with C64 color modes:-)

You don’t have to use them all, but it’s nice to know they’re there