P-Zero development future - you chance to have an influence on it!

I so wanted to go under 24, tied multiple times, but you’d have to do a near perfect run to improve it.

We spent 1 hour with “Hello World”…

The journey of a thousand miles begins with but a single step.

(Technically it should be “A journey of a thousand li starts beneath one’s feet”,
but that’s westernisation for you :P) 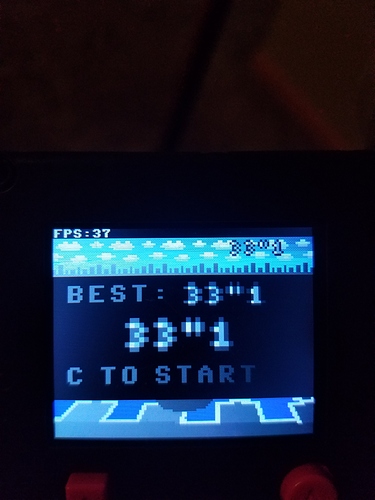 I’m getting better! Really like it still. The controls I’m getting used to, and they feel alright after a test drive around the course. 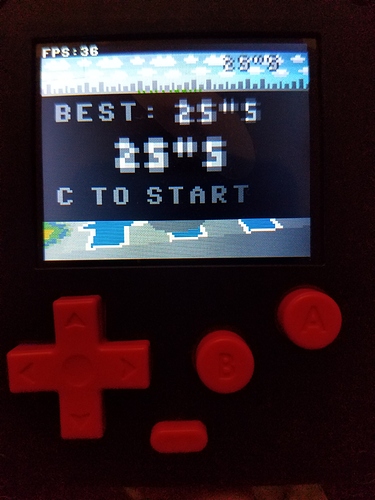 I’m getting so much better! Figuring out the best strategy for corners .

After a hard days work, I like to relax by playing P-Zero by @Hanski

Can’t improve my time however I try, so I started driving the track in reverse

It’s like an additional track. The game’s addictive as hell. 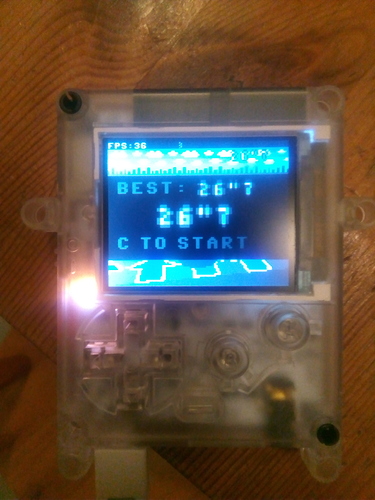 The game’s addictive as hell.

Agreed. Probably the best game on Pokitto so far.

A couple of more tracks and boost and its perfect

We need a cool opening screen. And a ridiculous background story.

And we also need a Cool theme song!

Wow! Thanks a lot for all the comments and lap times. This really motivates me to develop P-Zero further. Expect fancy new features coming soon!

I suppose one request, since I’ve already seen boosters and more tracks, would be Ramps! For jumping over tracks or hazards

it’d probably be a trick of programming to achieve. But so awesome.

I’ve tested it on my pokitto, just didn’t keep track of the time, I do like it though.
It is hard to stay on the track.

The best time is recorded, it’s shown at the start.

I keep slamming into walls. Does it have breaks?

I must have gotten an older version mine doesn’t tell times, also needs guard rails for people like me lol 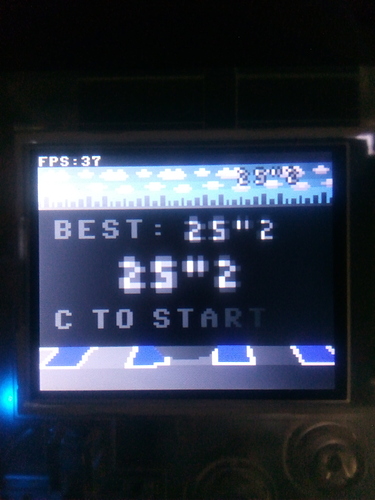 I am hoping to reach town before sundown.

Nooo my precious world record is in danger

I am hoping to reach town before sundown.

Ooooh this is exactly what I used to do as a kid, I genuinely thought I’d get there if I endure

I never believed there was a noclip cheat in Duke Nukem 3D because it would allow you to go outside the level and travel around the whole Earth and I knew that was impossible, so that cheat couldn’t exist in my view.