PokittoSim is a API-level simulation of the Pokitto Application Programming Interface (API) that allows you to try out and develop most* of your Application/Game ideas on a PC.

This means you can write, run and debug your program on a Windows/Linux (Mac coming soon) PC without needing the actual Pokitto itself. Why use a simulator?

How the simulator works

PokittoSim is an API-level simulator. It uses the well-known SDL2 (Simple DirectMedia Layer) library to create a “window” where your code will run almost exactly like it would on the Pokitto hardware (see below).

What actually happens with the simulator is as follows: you write your code inside Code::Blocks, your code gets compiled into a Windows / Linux program (Mac coming soon) and runs as a native Win/Linux program on your PC!

*Difference between a simulator and an emulator

A simulator works by making things work in a similar way (hence the name simulator). Emulator is something that emulates the entire hardware. For example, there are emulators that can run Playstation games on a PC. PokittoSim is a simulator, not an emulator. An emulator for the NXP LPC11U68 chip and all the other components inside Pokitto would have been a humongous task. For the sake of development time, Pokitto is launching with a simulator. It helps you get your work done, but be aware that it can not simulate everything the hardware can. This means things like controlling motors through the Pokitto Extension Header etc.

Who is the simulator intended for?

However, several users with limited experience have already reported successfully installing and running Pokitto programs on the PokittoSim, so don’t be afraid to try. You can’t break anything by trying!

Download the free Code::Blocks. Code::Blocks is an IDE. An IDE is like Microsoft Word for programmers. With Word, you write text. With an IDE, you write code. You can learn more at codeblocks.org 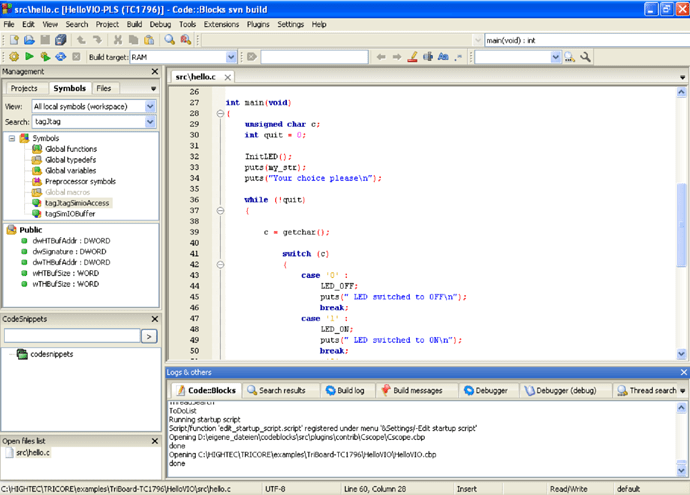 This is a direct link to the correct version of the Code::Blocks program (Windows mingw 16.01) coming from a trustworthy site (SourceForge)

STEP 2: Get the repository from Github 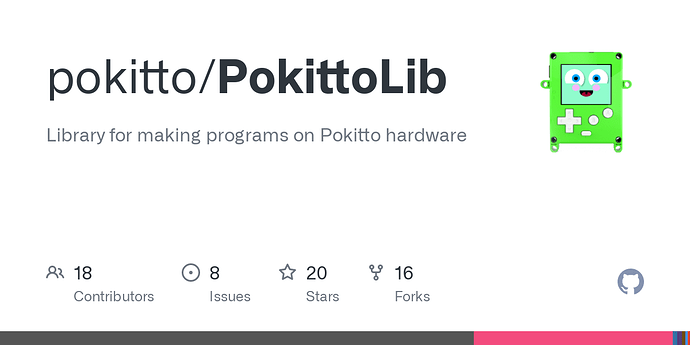 .cbp files are Code::Blocks project files. They contain the source and settings of an entire project.

Next, choose correct target inside Code::Blocks after you have opened the .cbp project file 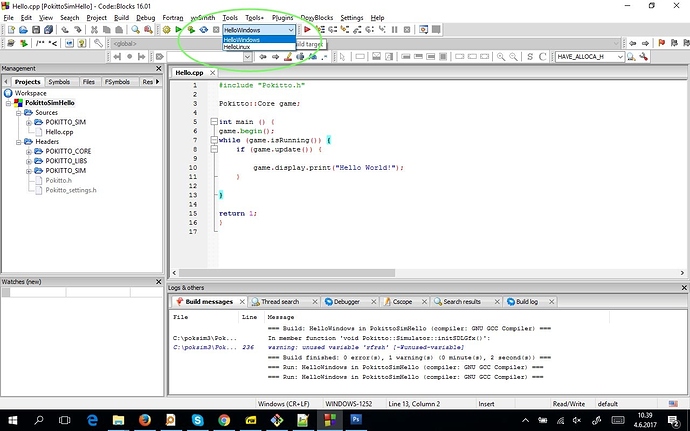 STEP 4: You are ready to run

Now you can change the text “Hello World” to something else, press CTRL-F11 to rebuild and CTRL-F10 to run the program. 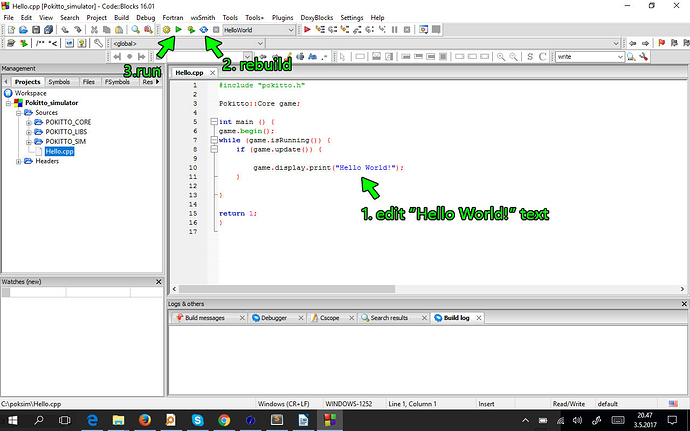 Will the simulator run on arm Linux? Debian 4.4?

Haven’t tried. What kind of device would that be?

Tried on RPI2 today. Some HelloLinux target linker settings changed, SDL2 libraries worked without error but there is only one .a file compiled for only x86 architecture. Filename is “libPokitto_sim.a”. This file must be compile for ARM.

I have tried getting codeblocks to run on my Mac, but it keeps telling me that the debugger isn’t installed.
Not sure what to do or how to fix it.

Those who are interested to run it on Linux (mine on Fedora 25 (RPM)) they can use it with Wine !!!

I have tried getting codeblocks to run on my Mac, but it keeps telling me that the debugger isn’t installed.
Not sure what to do or how to fix it.

I need to buy a mac.

In any case, have you got the XCode package first? 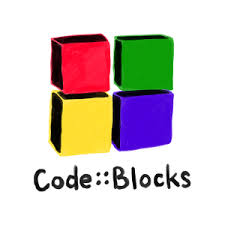 How to install CodeBlocks on Mac? | Code with C 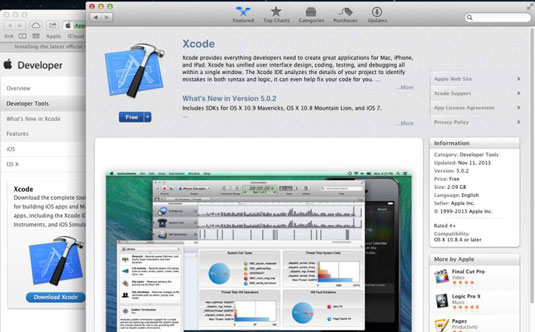 How to Install C++ Code::Blocks in Macintosh - dummies

The Macintosh version of Code::Blocks for C++ relies on the Xcode distribution from Apple for its compiler. The installation is done in three separate parts for this reason. Installing Xcode Xcode is a free development package offered by Apple that...

I will post the execution of same on my Mac Machine soon with Wine !!!
I think if it works with Fedora it might be with Mac also because Mac OS also supports Wine !!!

Thanks for those links. I have xcode but not the command line stuff.
I’ll let you know how I go.

Thanks for those links. I have xcode but not the command line stuff.
I’ll let you know how I go.

I will get my hands on a mac soon and try it out myself also.

Whoo hoo! Progress.
I downloaded and installed the Command line utilities.
I then added gdb to the debugger preference.
It still didn’t want to work, so I downloaded the pokkito example from github. Previously I had a pokkito zip file.
It is still erroring, but I am closer than before.

So I have had a chance to play a bit more.
I get the following error when I try to run any of the examples.

The main.map file exists within the pokkito github files.
Build target is Helloworld.win.
This type of coding is very new to me, so any suggestions are greatly appreciated.
Ray

I’ve found a little glitch with the Chipengine_win build target. It seems like you accidentally put GuiTools.cpp into the build target, so it gives an error about there being two main() functions. It’s a fairly easy fix, but it might be a good idea to fix it so others don’t get confused

Thanks for reporting. Please put a note to bugs and features category also so it is not lost.

hmmm, having suffered a hdd failure I had to reinstall everything, but now I can’t get the setup to work.

Can anyone help? Have I missed an installation step? has a bug crept in since I last installed? What have I done wrong?

The errors seem to be coming from mingw32 itself.

I don’t know if it’s a fault in mingw or a conflict with min and max being defined in different places.

It could be that it’s trying to use some function forms of min and max that are designed to take a variable number of arguments and some macros are interfering.
I’m guessing from the file name that it’s supposed to be part of an implementation of the C++ stdlib (part of which was formerly referred to as the ‘standard template library’ (stl)), which would make sense since C++ does have a 3-argument variation of std::min and std::max.
C++ isn’t supposed to have min and max macros in the standard library so that implies to me that it’s possibly an overspill issue in which a file defining min and max macros is being included before one defining min and max functions.
Whitout actually being able to read the file, I’d guess that that’s the crux of the issue and all the other errors are a knock-on effect.

Ultimately though that’s all just a big guess and without seeing the file or knowing what else is being included and where I can only make guesses.

Looking at the Pokitto source code, the warnings coming from that would be expected to happen because there’s nothing to guard against them.

Caused by change in stdlib. min max used to be macros, now are functions. Lots of problems, not only for Pokitto.