Next Jam coming up soon! 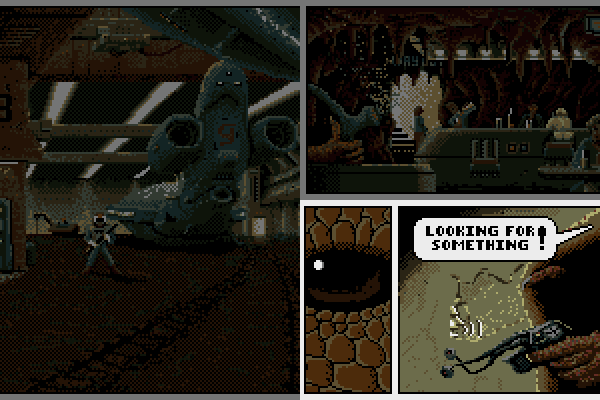 The next jam will be about Punk.

The limitations will be (to be confirmed)

Awards will be given in two categories

And possibly, a BONUS prize will be awarded to best 220x176 pixel Punk Art, as displayed on Pokitto screen as either a uPython or a C++ program. Not just a file.

The compo will probably start in 2-4 weeks time and will last 1-1.5 months.

My body…er, my pixels are ready!

How about a splatterpunk Super Mario clone?

To save other people some time…

TAS is fine for games that are mostly tiles with minimal HUD,
but if you want a more complex GUI like the menus featured in Pokemon and Mother 3 then TAS is more of a hindrance than a help.

TAS is fine for games that are mostly tiles with minimal HUD,
but if you want a more complex GUI like the menus featured in Pokemon and Mother 3 then TAS is more of a hindrance than a help.

If the HUD is mostly in the bottom/top part of the screen, like in Pokemon, then TAS isn’t a problem. You can set a mask that disables TAS in the HUD area, then draw the HUD using direct mode functions.

Yes, that’s what I mean by ‘minimal HUD’.

But if you want something more complex than a coloured box at the top or bottom area of the screen then you’re stuck.

Similarly if you don’t want to use tiles for all of the game,
for example if you want to make an RPG with battle sequences,
then TAS mode isn’t entirely suitable for that either.

For things like that, one of the regular ‘bitmap’ modes is more suitable,
particularly if the gameplay doesn’t require speed (as is the case with most RPGs).

Yes, you could have workarounds like inventive uses of sprites or stuffing everything into boxes at the top and bottom of the screen, but that’s going to either not look as good or take a lot of extra effort.

Looking at the Pokemon screenshot, you could draw the blue background as tiles, the terrain and pokemon as sprites, then, since animation isn’t needed while the HUD is visible, draw over it all using direct mode. The same applies to all the other screenshots you posted.

Yes, you could have workarounds

Sounds like par for the course of Pokitto programming.

I don’t have the time or energy to argue about this.

Enforce the TAS mode limitation, whatever, I give up.

What I was thinking is that it would be easier to support.

In this and everything else, as regulars know, I am very flexible. Main thing is to have fun with the Jam.

One comment though, having some sort of technology related “limitation” does help with the overall scoring/judging of the final projects. Like mentioned, it helps ensure a more level playing field.
We get really close as it is with the theme, but if we are judging purely on theme then that can get to be a pretty wide interpretation

Having the tech be limited to the TAS would be, in my mind, a good thing because, like I said, it will help ensure another meter for which to judge the outcomes, as well as promote the new feature

Just like in the Java of the dead jam we were able to test out and help smooth out the Java mode in FemtoIDE, and likewise with Python in the PyInSky python jam.
Almost like battle hardening the TAS mode

That is my long-winded opinion of the matter.

TAS brings simplicity in that we know how ppl have to solve their game programming challenges. If there is n amount of ways to program the screen (buffered modes) with all different bit depths I fear its going to be an unequal battle between newcomers and regulars.

The reason why I personally do not find it (TAS a.k.a. tiles and sprites) a hindrance is because there are many consoles that only had a TAS mode and yet incredible games were made on them. In fact, it inspires me to think of ways to get around the tiles and sprites limitations

What I think doesn’t matter.
Disregard everything I said.

Disregard everything I said.

By now you should know that I do not disregard people.
Not by command or request.

I am sensing you are upset, and that’s ok. But believe me, I do not have the slightest clue why you’re upset.

Please PM me if something is troubling you, you have my full attention - as always.

I’m thinking that by limiting the mode to TAS only mode we force people to try and push the limits of the mode, which is really what we’d be looking for with the jam if I’m not mistaken. Obviously games that use TAS mode wouldn’t be restricted to TAS only mode, however for the purposes of this jam the limitations will help inspire creative solutions to work around various limitations. My vote would be for a TAS only limitation and see what people can come up with.

there are many consoles that only had a TAS mode and yet incredible games were made on them.

When TAS mode was introduced I started researching how the NES, SNES, GB, GBC, and GBA all did their graphics and all of them were restricted to TAS only mode. To be fair some had multiple tile layers, with independent offsets. Then there’s the old C64 and ZXSpectrum games (Commander Keen comes to mind) that were able to do some pretty incredible things even with just one layer of tiles.

This is just my two cents though and I think maybe we could have a quick poll to see what the community votes for. Keeping in mind that the end result is to have a fun jam and make awesome games.

I do not actually much care if the TAS mode or just the Tilemap class is used, but one idea might be to finish off the TAS mode and find the bugs so I chose that.

Java compo in the past made a good work in improving the Java implementation in Femto UI.

On the subject of TAS, here’s some inspiration:

If you need action (tiles and sprites moving around while a HUD is visible), this is what masking is for and the look is surprisingly common on the NES: 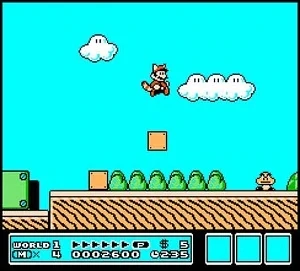 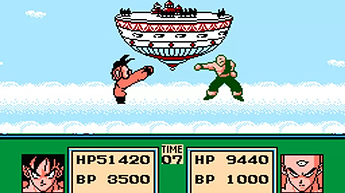 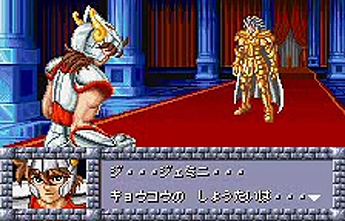 If you need something more involved, considering pausing the game and drawing the UI on top using direct mode commands: 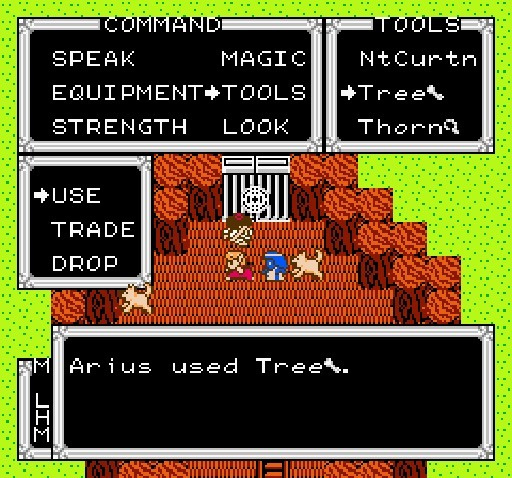 Here you’d have a “menu mode” where you use direct draw and you don’t update the rest until the player leaves the menu:

In that last example I think what they do is hot-swap the tiles to use the menu graphics. I remember experimenting with this a while back where you have 9 tiles for the menu that would display the menu graphics and then have text as sprites overlaying it.

Can’t remember if it’s been implemented or not, but would it be possible for TAS mode to instead of creating a separate sprite for each character printed, instead have a sprite for each line of text?

In that last example I think what they do is hot-swap the tiles to use the menu graphics. I remember experimenting with this a while back where you have 9 tiles for the menu that would display the menu graphics and then have text as sprites overlaying it.

While that would be possible here as well, it’d be trickier than just using direct mode for the menu. Of course, it does have the advantage of allowing animation while showing a HUD, so it’s good to keep in mind.

It hasn’t been implemented, but it has been discussed. The conclusion is that it’d be problematic: the text would need to be copied to the heap.

I do have something in mind for lifting some restrictions from TAS mode, though. Just need some time to work on it. Direct mode also needs some attention.