I have done lot of hobby coding for PC, Nokia phones and Android. Ported SDL, Frodo, M.A.M.E., Doom to Symbian OS. Also done some gfx related code for ARM. Lately, made some games over GLES 2.0 and Unity3D.

I am still somewhat fashinated by games of 80ies. That got me interested in Pokitto, which is a very funny little device

Lets see where this leads to.

Welcome to the community! I am sure you will find the ARM Cortex-M0+ of the Pokitto a very interesting chip to program, because it is a beautiful and simple design, much like the C64

Welcome Moi! I saw M. A. M. E. In your list, I love that thing, I just cannot ever get it to work properly there were so many great arcade games in the olden days. Anyway welcome.

The 6510 was actually much like a RISC-processor: not much instruction codes, and many instructions take only a couple of cycles

I would be interesting to make some ARM gfx code for the actual device. Shame that I missed the Pokitto Kickstarter campaign

Hanski, don’t worry: we already have a looooong list of people who missed the campaign (unofficial “preorder”). Just pop me a mail to pokitto@pokitto.com with your post address and I will add you to the list.

You are 100% correct in your comment about the likeness of the 6510 to the ARM architecture. ARM 1 was designed by guys who wanted to replace the 6502 (?) in their own computer. It is of the same era and philosophy. ARM 1 was made RISC in order to make it energy efficient in order to reduce core heat in order to allow the chip to use a plastic package without a heatsink in order to save money. The fact that the very same energy-efficient design came to dominate mobile devices is a truly wonderful story.

Really, ARM designers were inspired by 6502? That is an interesting piece of history!

I will send a mail to pre-order list. Thanks for info!

Sophie Wilson, the best 6502 programmer ever, became disappointed with what she could do with the BBC Micro, and went off on her own to design a RISC processor that would do all the good things she liked about the 6502, and all the other things which she wished the 6502 could do.

The chip was the Acorn Risc Machine – the ARM, which started out merely as “the chip inside the Acorn Archimedes”.

Watch “The Micro Men” docudrama on Youtube. Best 1,5 hours you can spend.

Thanks, have to find some time to watch that!

I honestly did not know the connection between 6502 and ARM, but I have always thought there are some similarities when coding assembler for those two

6502 is the best microprocessor I ever seen. I’m not used 6502 or Z80 based computer before. They are too old for me (I born in 95). Oldest OS I remember is Windows 95. I hear 6502 and BASIC last year. I build KimUNO (thanks to Oscar Vermeulen who made KimUNO) and write some 6502 assembly. It’s the best thing in my life. Here is photo of my KimUNO clone. 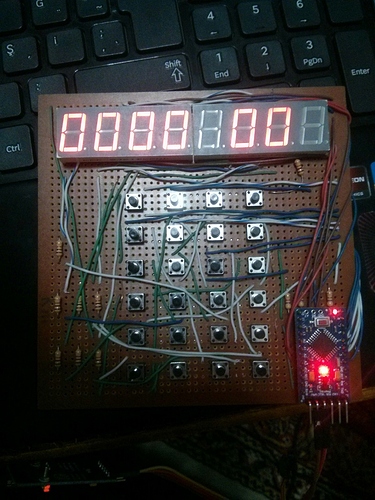