Firstly I’d like to say I’m not really for adding more screen modes to PokittoLib as I’m rather more for its simplification. Nevertheless I got an idea that might be interesting to discuss.

What if there was a screen mode that would behave the same as an existing mode – i.e. the same API, resolution, number of colors, RAM usage etc. – but the result would have a look enhanced by some kind of filter, most importantly some pixel art upscaling algorithm. E.g. hq3x: 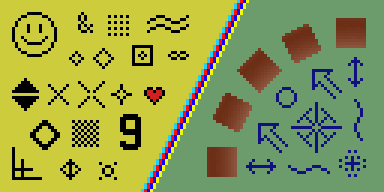 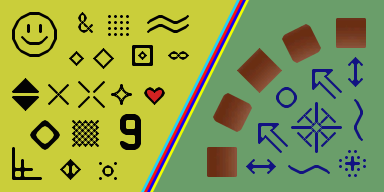 The screen frame buffer would have the same size and format, the upscaling would happen at the time of writing pixels from the frame buffer to the screen, and this would be done transparently by the library behind the scenes, so that programming a game would be no more complicated than it is now. You could even improve the graphics of an already existing game by doing nothing else than switching a screen mode define.

This would result in higher resolution and even more colors (thank to “antialiasing”) on the display while keeping everything else the same. The only price would be a slightly lower performance, which most games could probably bear.

Of course different filters than upscalers could be used, e.g. CRT “scanline” or abberation filters etc. Maybe the filters could even be combined? The specific implementation would have to be discussed further.

Again I’m not really for making this an official part of the library, but it could be a nice experiment for someone to try out.