When I assembled my Pokitto the “B” button didn’t have that “clicky feeling” like all the other buttons. I worked, but it made no sound, and barely moved when I pressed it.

I could fix the problem by separating the casing a bit, but that made the other buttons jiggle, and would often seal itself back up by accident when holding the device.

Anyway, I figured out the problem is that the plastic pillar on the inside of the B button (the thing that actually makes contact with the switch on the board) was very slightly longer than the A button. Only maybe a millimeter, but it was enough to ruin the feeling. 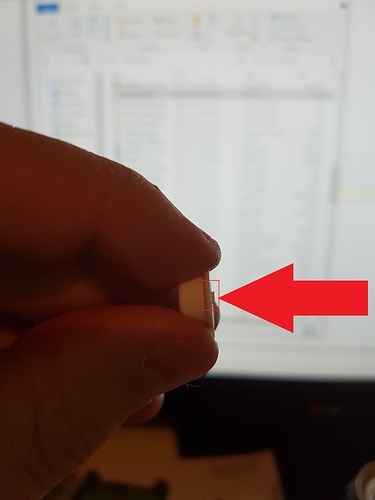 I used a simple nail file to bring it to the point where it is flush with the circular base of the button. It now works perfect! 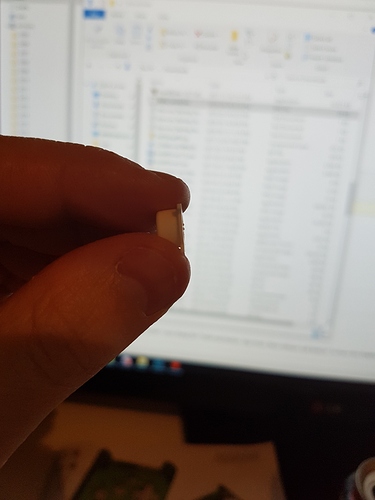 Ok. So, to fix too much movement in buttons. cause The "central peg" in the A/B buttons is 0.3mm - 0.5mm too short. Why this happened is because we changed the button switch component from a silent switch that was failing mechanically. There was no opportunity to fix this earlier. fix Put 0.3mm-0.5mm of any kind of sticker on A/B button switches (the brown clicky things on the PCB) to make them a tiny bit "higher". This will stop the play of the button. I will put a picture to show this la…

Strange, normally they tend to be a little short…

That post also says ‘in 2018 this won’t be an issue’, so maybe the fix had the opposite effect?

Thank you for the fix! I recently ordered two Pokittos, and one of them has this issue with the B button. I noticed as well that the post on the non-clicky button seemed a bit long compared to the A button. I was planning on opening my normal unit to see how long the B post should be, but now I know. Thanks!

That makes 4, so I’m guessing it’s an issue with one of the recent batches.

Its actually a problem with tolerances. The longer buttons were intended to reduce “looseness” of the buttons. And in most cases they do exactly that. But in some cases (if) the case is closed extremely tightly, they are “too long” leading to the problem described here

The solution is to shorten the buttons just slightly but more importantly you should first check that the PCB (circuit board) is properly seated as low as possible (head connector is completely flat against the bottom part, both screws tightened). A “tilted” PCB can also result in the problem described here.

We are talking extremely small tolerances between working perfectly vs. not working. It is <0.5mm

AND: this only affects the latest batch of white and black buttons. Were fixing it now.