In response to the recent post about the joystick hat, here’s a collection of hat ideas.

Trelemar’s idea of a controller extension hat, from this thread. 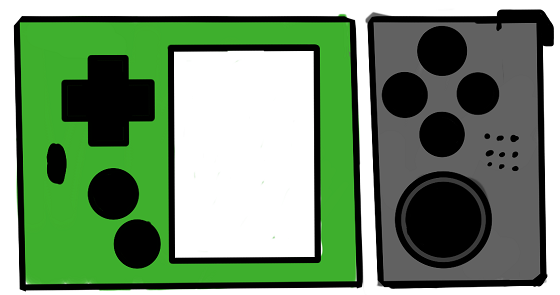 This was probably inspired by the Circle Pad Pro for the original 3DS: 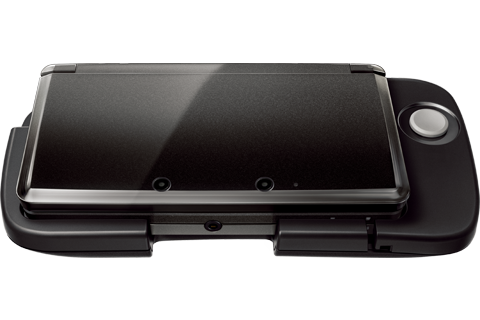 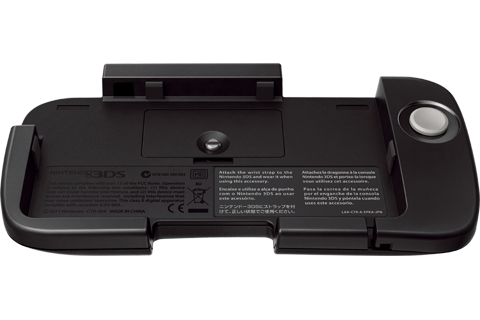 (I’d suggest maybe scrapping the speaker though, the Pokitto already has a decent speaker.)
This is similar to the joystick hat, so it might be redundant now?

A hat with a gyroscope + accelerometer + magnetometer combo chip. 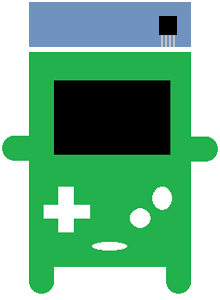 This was one of the items in Adekto’s hat poll.

Basically something that functions a bit like the SparkFun 9DoF Sensor Stick or SparkFun 9DoF IMU Breakout (uses an ‘LSM9DS1 motion-sensing system-in-a-chip’).

I’m sure someone will think of a good use for the magnetometer - perhaps a Pokitto compass program?

A hat with an IR emitter and an IR sensor. 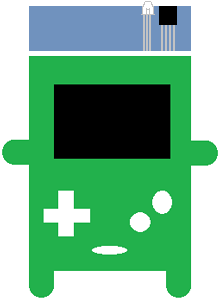 It would be good for some old-school tamagotchi-style connecting and for turning the Pokitto into a TV remote control using something like a modified version of the Arduino-IRremote library.

The remote control thing would be a good project for beginners and a good chance for kids to learn how their TV remote control actually works. (It’s educational!) 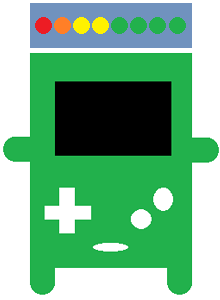 It could be used in place of any bar-based UI element, e.g. a health bar, or perhaps used like a ‘remaining lives’ counter - one light per life.
If the colour could change then a health bar could change colour as health decreases.

Importantly, it would probably be quite an easy hat for beginners to program, so it would be useful for early PEX projects. 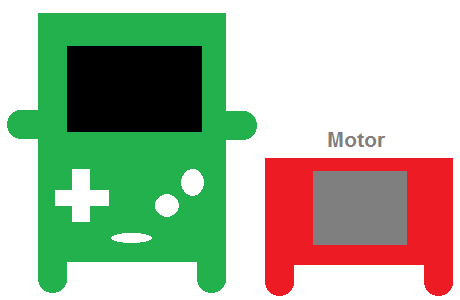 The problem with a ‘rumble hat’ is that it would only shake the top of the Pokitto.
But if you put the motor at the bottom instead then it shakes the area where the buttons are.

I’ve seen a Gameboy game about vampires that had a light sensor on the cartridge that was used to detect whether the player was in sunlight, which hurt the vampires or something. Maybe a hat like that would be nice – could have all kinds of sensors: light, sound, temperature, …

I knew which game it would be before you even found it because I remember when it was released and it’s always been notable because no other game (as far as I’m aware) attempted to do the same.

I think part of the reason they did it was to encourage kids to get more sunlight.
(Of course, that’s not very useful when you live in a country where the skies are perpetually grey for all but a few weeks of the year :P)

A sensor hat would be good.

As for how many sensors end up in it,
I’d say it depends on the usefulness of each sensor and the logistics of getting sensors working together.

I still would like the wifi hat to be a thing but it’s kinda a really hard problem to solve, and would definitely combine most requested features together
Buttons, gyro/acrleromter, wifi/BLE
The esp32 (wifi chip) could run it’s own display and buttons and send them over SPI/i2c meaning the pokitto does have to monitor the pins

There were indeed several GBC games that had a rumble motor built in.
For example “Kirby Tilt ‘n’ Tumble”.

Pokemon Pinball is probably the most memorable: 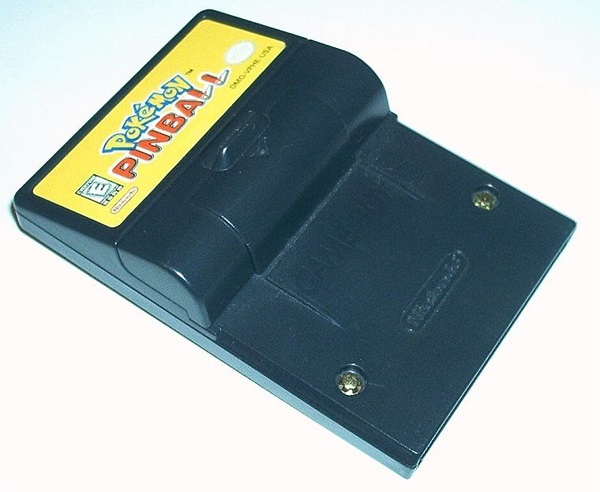 More notably there was the DS “Rumble Pak”, which was a single GBA cartridge that worked with several DS games.

It depends whether your goal is wifi or a coprocessor.

If the aim is wifi then there are other low-cost wifi solutions other than ESP32.

If you’re after a coprocessor then ESP32 still seems a bit overkill.

Either way there has to be a way to handle the communication.
Hats that are just simple inputs and outputs are easy to manage because you’re typically only ever reading or sending commands,
but once you put another MCU on a hat things start to get difficult because you need a communication protocol in place.

I’d be careful about trying to make a hat do too much at once.
They’re supposed to be hardware peripherals.
If you start giving them too much power then the hat starts becoming a new console in itself.

It’s like someone saying “my computer doesn’t have a keyboard, so I need to get one”,
and then solving the problem by buying a laptop and plugging that laptop into their desktop just to use it as a keyboard.

I think it’s helpful to always have some specific use-cases in mind when creating hats.

For the IR hat idea:

For the LED hat idea:

8 posts were merged into an existing topic: Wireless tophat

Boktai: The sun is in your Hands!

And its says that every single time you switch it on

Made by Kojima San (of MGS fame) it’s ok but in the sun-starved UK (this summer did not count!) the mechanic was a bit of a pain in the a**e frankly

but in the sun-starved UK (this summer did not count!)

I didn’t realise you were a fellow Brit because you never made an introduction thread.

(I slightly beat you to the punch on that one :P)

And…I see, you did beat me there!

Could there be a keyboard hat? With the new loader and possibility to execute programs from RAM I can see uses for a keyboard: terminal emulator, text editor, programming right on Pokitto, local multiplayer, …

Could there be a keyboard hat?

On friday the components for the joyhats arrived

On friday the components for the joyhats arrived

What are the resting and tilted values for the joystick?

(I want to try to get my noughts and crosses game working with the hat so you can test it.)

At the moment I’ve got most of the framework in place,
but it won’t work properly unless I know the axis values:

I want to get this working so we have another game to demo the joyhat with.

Also I hope the code I’ve done for it will be a good demonstration of inheritance, why/how inheritance is useful, and how to handle multiple input methods using the same interface (and Liskov substitution/dependency inversion).

@Pharap yep, I’m using mbed AnalogIn for the axis. The mid point was 0.47f but may vary from component to component (I’ve only.tested one so far)

I was about to suggest the exact same thing, btw I have that game and it still works. It’s in my sp right now.

I would love to make this sort of game… https://www.google.com/url?sa=t&source=web&rct=j&url=https://m.youtube.com/watch%3Fv%3DSkDjQPzuOpg&ved=2ahUKEwjPpo2MzrDeAhUEBSwKHXY6A0gQwqsBMAV6BAgJEAg&usg=AOvVaw2kCrMY0Bzc4yxN6aTjJ_kX
But I can’t seem to find a suitable way to connect a mouse sensor to pikitto. All I have been able to find d are 5v sensors, does anyone think a regular ps/2 mouse would work on 3.3v?

does anyone think a regular ps/2 mouse would work on 3.3v?

I’m no expert but I think it would depend on the mouse.

A lot of people can bake a cake. Sort of. Most of us can bake a cake if we have a cake mix. Making a cake from scratch is a different proposition. Sure, you know it is possible, but in real life, m…

(Seriously though I’d give an arm and a leg for a simple dumbphone running free SW. There still is nothing like that AFAIK

Give a look at MakerPhone

That’s would be a must