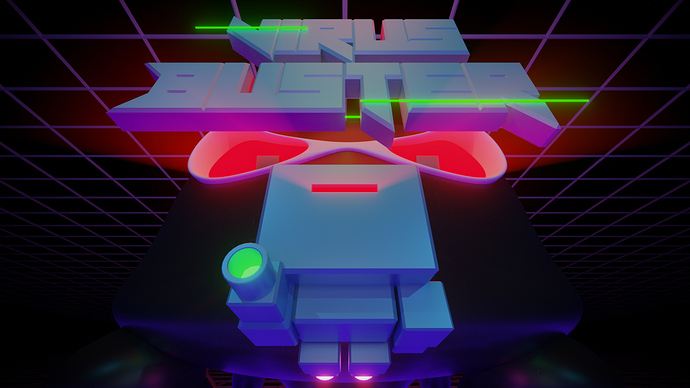 Banner and Title Menu by @pixelbath 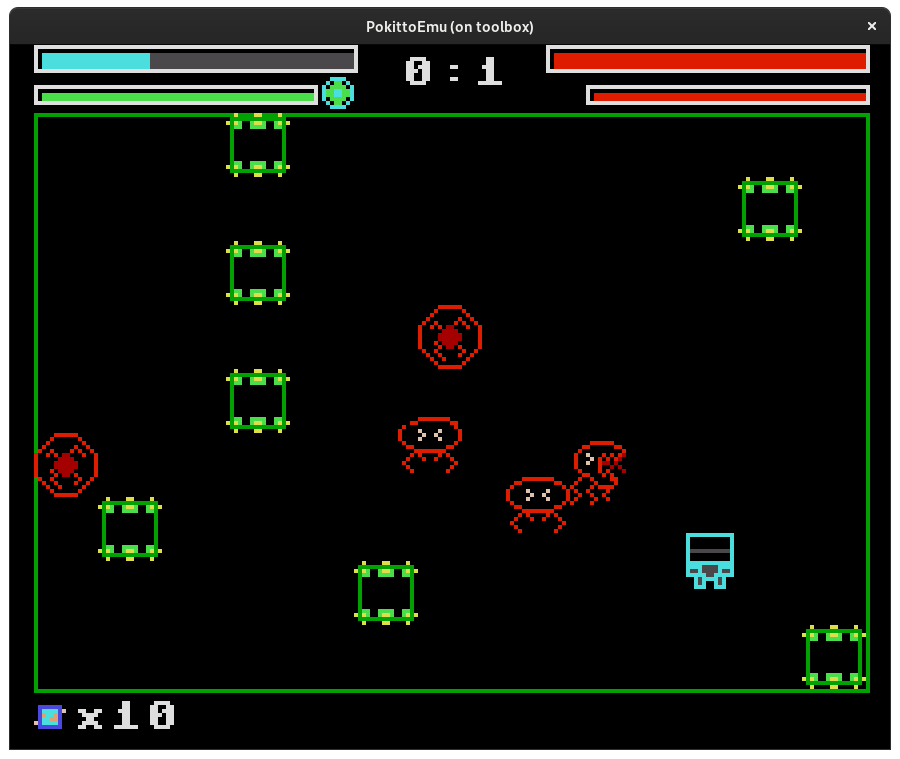 Screenshot from 2020-12-23 13-29-18900×759 5.59 KB
The field of battle contains various obstacles such as Computer Chips and Virus Spawn Portals.
The Bot is unable to traverse through or fire Blasts through the Chips or Spawn Portals.
Viruses are able to travel freely over the Spawn Portals, however they have some trouble navigating the Computer Chips. This can be used to the advantage of the player.
When a Virus gets close to the Bot it will begin chomping and attempting to bite the Bot.

The HUD is at the top, and explained previously. On the Bottom row you will see the current collection of Mini Fragments as well as, if active, the Magnet strength percent. 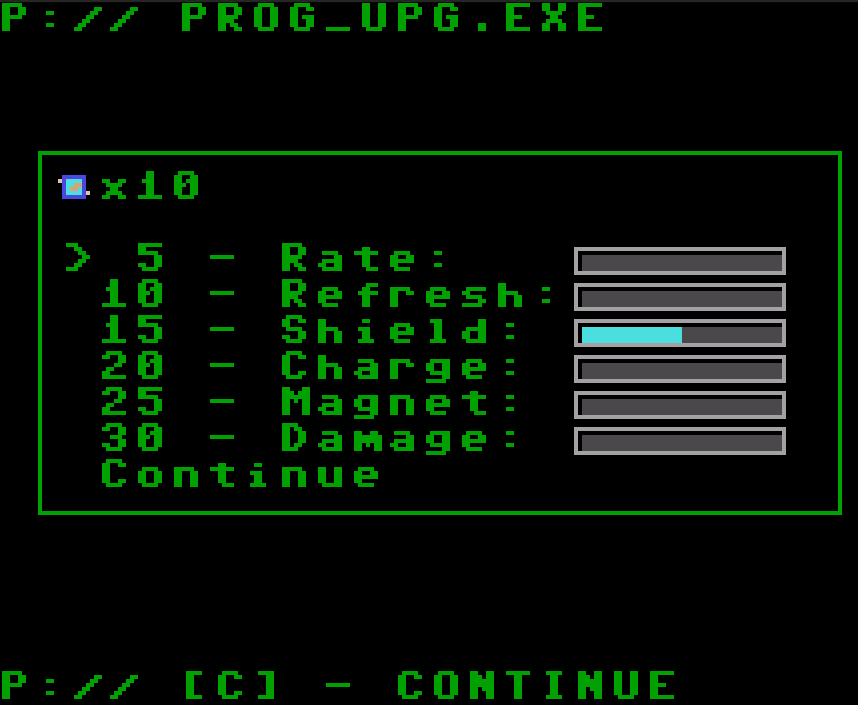 image858×705 2.1 KB
Between stages the Bot will transport to a Shop program for repairs and potential upgrades, this is the PROG_UPG.EXE program.

From top down inside the shop window:

Upgrades and their purpose:

Nice! Somehow it reminds me of Vectrex games.

I suppose the line art does haha! Well it is currently just programmer art. Going to update it a lot. But I was planning to take some inspiration from Tron!

Looking really good. I agree with @Hanski that does have a vetrex feel to it!

Maybe it should be on black background and green lines? And a wireframe 3d animatiomln when going thru a door…

I gave it a shot

Will try with a different palette that has better red/green/blue colors that are brighter. This one is pretty dull

I am getting pretty excited about the direction of this one. Folks have been sharing great videos of other top down shooter games for some inspiration and “education” and it really is helping me shape this into something

Clearly early days yet, but it is for sure going somewhere I think fun.

I really like the feedback I’ve been getting. Everyone has been so helpful and has some really awesome recommendations! I think this game could really become something super fun!

I wanted to get to adding obstacles and walls today, but that looks like it won’t happen since I got distracted with the hexagon background haha. My initial thought was to make the walls out of components like resistors and such, and even @sbmrgd mentioned doing that, though I wonder if that will break the aesthetic, unless I find a way to make them digital laser drawn like everything else

I was so into getting the mini boss in (which appears one sector 4 of every zone for now) that I completely ran out of time today to get any walls or landscape type objects in. Which is really the next thing I want to do. I talked last time about making some computer component type pieces as walls and barriers so I’ll look into that for next time.

I have a bin here if anyone wants to play around with what I have so far:
Virus Buster BIN: VirusBuster.bin (72.0 KB)
Github for source for the curious (MIT License so use what you’d like!): https://github.com/torbuntu/virusbuster

demo878×704 821 KB
Got a bit of back and forth on the idea of minibosses “freezing” when they get hit. I really like it, but am curious what everyone else thinks, so I’ll throw this to a poll

@torbuntu , if the miniboss stops every time you hit it, there is a danger that it becomes trivially easy to win it with some practise.

what if, like in a lot of games, once the boss health goes below a specified point it is enraged and no longer gets stunned?

Or you could reduce the stun time with each hit,
thus making the boss progressively harder.

I love the way in some Mario games the bosses transform during battle, and then change the attack pattern, forcing player to change their strategy.

It adds greatly to the ‘epicness’

Just a quick update on “feature plans” and ideas coming up.

The first ZONE is playable from start to finish (Sector 0 through 8). It is not 100% complete (Still missing some room objects for obstacles) but you can blast your way through the enemies and kind of get a feel for the direction of the game.

I added a Megaboss! The Worm

Some features of the mega boss:

I’m really excited about the progress so far, I took a few days off because I was getting dangerously close to just running out of steam. So hopefully getting some feedback on the current build will also help me cleanup some areas and make this much more polished

I would prefer unique bosses but thats asking alot, and I am afraid you’ll get tired of making the game.

Well, if I do unique bosses I only need 3 more

definitely not a monumental task.