Reminds me of one of the most underrated GBA games:

reminds me more of gameboy v-rally


but i remember it in less colors

Looking cool. I don´t know what you had expected, but it will looks like this 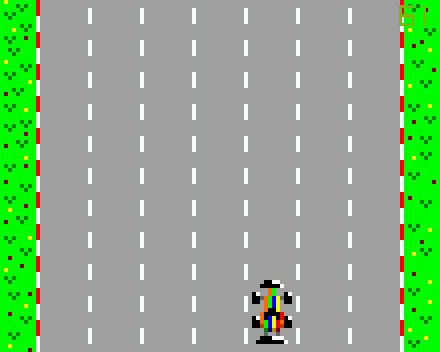 @adekto Thank you! This picture is made with the invisible color in the first version of the game. It was really so easy? I would never have found it out on my own

That’s what I was expecting.
It’s the unlocking cars mechanic that made me think of Penny Racers.

Btw: I´m using these for the cars

@jonne or anybody else

: Could you try this on HW please? It would be awesome if it works!
EDIT: Removed

try using mbed, its the easiest way to compile i find

Sorry… That was really not that what it should do

The easiest way for my is CODE::BLOCKS
I know theres an compiler command to do this (wich one is it? Do you know it

@Zuzu36: you can compile your indentical source code in:

To create a Pokitto binary, all you need to do is:

… and you have a Pokitto Binary

EDIT: come to the mbed cloud, make an account, and I will walk you through the steps

Whats wrong?!
In the Sim all my codes work and on Mbed are still errors? How is this possible?
It seems you need to help my again @jonne

I hope it works, this time it is the right .bin. If anybody want´s to try it out please

I’m glad someone asked something that caused this to be brought up.
Not having C++11 support is a major pitfall.

Not having C++11 support is a major pitfall

Yep, it works on the hardware. The colors really pop on the screen. 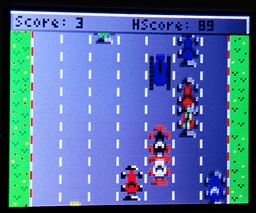 Anyway, I know you’re planning to add more to the game, so I figure this is still in-progress. Good job so far, looking forward to more.

First, thank you for testing @wuuff!
I don’t know whats wrong the timing, in SIM all works good (Is HW locked to max. 30 FPS?)
Moving tracks will be added in next update!

hardware is less then 30fps, and depending on what graphics mode or how much stuff your drawing or computing can slow down dramatically.
cant really give you a correct frame count

I do like the 98 version better, to me it reads a little easier. But does it take up more memory since its 2 lines instead of 1 line ?

You can do things 98 style if you want, other version isn’t mandatory.
Bear in mind though that you don’t do the initialisation immediately underneath the declaration as Jonne’s example might suggest, the initialisation happens elsewhere (usually in the constructor).
Personally I prefer C++11 style because it’s easy to see what the default value of a member variable is without having to look elsewhere (i.e. at the constructor).