[Game]Prelude to a Dream [Chapter 1]

Prelude to a Dream: Chapter 1 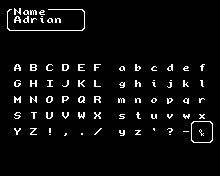 Explore the world and meet people: 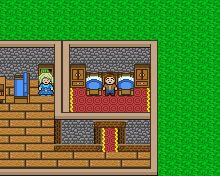 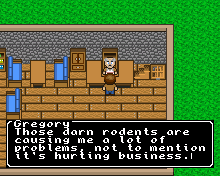 Find some equipment to gain the upper hand: 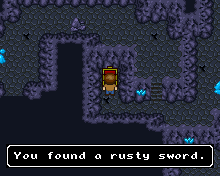 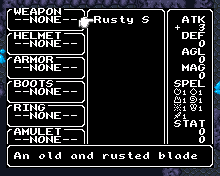 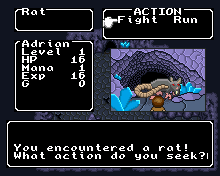 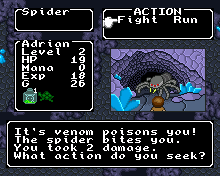 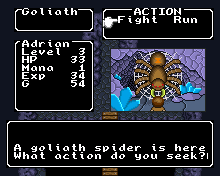 This is the initial v0.1 release of my game Prelude to a Dream.
This release features all of Chapter 1 and serves as a demo of what’s still to come.

I’ll be releasing each chapter as I develop them with v1.0 being all chapters complete.

I don’t have a github setup for it yet as the project folder has gotten very messy with old prototypes and resources I don’t have a license to distribute (was using them for early prototype testing). Once I do some spring cleaning I’ll get the project up on github.

EDIT: Uploaded v0.2 to fix the save game issue on some devices. Also included an empty save file in case some devices have trouble creating the blank file.

EDIT 2: Added the license info for the font and palette used. Both are Public Domain so no attribution is necessary, but I firmly believe in giving credit where credit is due.

EDIT 3: Uploaded v0.3 to improve the UI and increase the walking speed by 50%. Also uploaded the source code to github so others can see how I managed to pull off some of this games features (like swapping tilesets between SD and RAM).

EDIT 4: Added some screenshots to better show what the game looks like.

EDIT 5: Added a GIF and removed the [wip] tag and added the [release] tag so it should also appear in the games list.

Excellent! I am going to test it today

Ok, I found my way to the first boss enemy (and lost the battle!)

First impressions of the game. It feels extremely polished. No wonder it took a year to make. There are many great details, like the screen dimming effect and the different music in different places. The village feels quite much alive and there is a feeling of an adventure! Not so far away from Zelda experience

Maybe a little more something that would make it even a more alive would take the experience to the excellent category.

The cave really has a lot of rats

That is where the menu & dialog system shines. There are obviously a lot of effort put to get it to work smoothly. It is really nice to be able to just press “C” to progress with the fight. Also restarting the game with a save slot is really convenient.

Now, if I just find a way to get past the first boss…

So I’ve tested a few quality of life improvements to the game so far.

The first one is a subtle fix to the UI frames that have text over the top of the frame. Now there’s a 2px padding between the text and the frame borders like this: 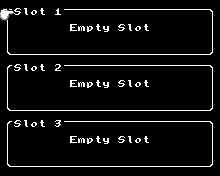 The other improvement will be a 50% increase in the player’s movement speed so that it takes 12 frames to move 1 tile (16 pixels) instead of 16 frames. At 30FPS this means about 3 tiles per second speed instead of 2.

I’m also going to experiment with a way to hold “B” to move 4 tiles per second (2 pixels per frame).

These improvements will be available once Chapter 2 is done and released. So that’s something else to look forward to.

I just played through Chapter 1, and the game is really polished! The amount of time you put in this really shows. Really amazing work.

I like how you provided text speed options, as well as making battles with low-level enemies very quick with the C button. I also really liked the variety of music, and the music quality too. I would love to know whether you did anything special with the music to make it sound decent on the Pokitto. There are also a lot of great flourishes, such as the animation of the battle background.

I figured I would take notes as I played to try to give some feedback for the game as I went. Here were a few things that I noticed:

I was also wondering, since your wife is a character in the story, whether it might be a nice feature to be able to choose your wife’s name. Since you can choose your own name, it’s a bit weird to have your custom-named character talking about their wife by name. I could imagine having a default player name and wife name, which would be the canonical names. If the name is especially meaningful to you, then it makes sense to keep it as-is, of course.

@tuxinator2009 every now and then things come along on Pokitto that redefine my idea of games that are possible to make on a platform like this. This is one of them.

Ok, I got killed by the boss rat. The secret door is a great idea!

The secret door is a great idea!

edit: I am now better equipped for the boss spider so beware…

Just got the source code uploaded to GitHub and pushed a v0.3 release while I was at it that includes an improved UI (now there is a 2px padding between the frame border and any text drawn over the border). Also increased the player’s movement speed by 50% (figured out a pattern to move 16 pixels over 12 frames by moving the sprite 1px, 1px, then 2px 4 times for a total of 16px).

I would love to know whether you did anything special with the music to make it sound decent on the Pokitto.

Actually no I didn’t. I figured it must just be the chiptune nature of the music I found. Otherwise I just took the music (amplified some tracks as they were really quiet) and converted them to raw 8Khz sample rate (originally did 16Khz but there was no discernible difference and it slowed down some of the transitions a bit).

Exiting the Equip, Beasts, and Save menus resets the cursor to the first option in the menu

This is because the Equip, Beasts, and Save menus are handled in a separate state from the menus that are drawn over the map. I think I might know how to fix that but I forgot to do that before pushing v0.3 so it’ll be in the next update (either Chapter 2 or if there’s any major improvements).

Heading straight down from your home’s door, there is a box that you can walk on top of

I really should have looked back on this great feedback before pushing v0.3 as I forgot to fix this one too. Oh well it’ll also be in the next update.

I was also wondering, since your wife is a character in the story, whether it might be a nice feature to be able to choose your wife’s name.

I thought about that and it might be possible. Need to free up at least 2 bytes per save data but the way I’m storing which items the player has equipped can be condensed into 3 bytes easily instead of 6. Since there’s currently 20 bytes unused at the end of the 512-byte save file (adding the wife’s name would leave 2 bytes left) so I could use the very last byte to indicate the save file version (in case there’s any additional changes later) and it would be easy enough to add conversion routines to auto update older save files. Since the main player would talk about her a lot throughout the game this might not be a bad idea to include then so the player at least has a little more attachment to the wife character.

FYI story wise for the eventual sequel the main character’s name is Adrian.

@tuxinator2009 every now and then things come along on Pokitto that redefine my idea of games that are possible to make on a platform like this. This is one of them.

That’s great to hear. I really put a huge amount of effort into figuring out how best to micro-manage the memory so that my limitations would be the number of unique tiles per tileset, but not be limited on how many maps I can have, or how many different tilesets there are, or how many unique enemies I can make. Figuring out clever ways to remove those limitations also added other limitations that actually helped enhance the overall game imho.

I’m so glad everyone is really liking this game so far and I don’t feel like taking a break from developing this game. On the contrary I’m super excited to get started on Chapter 2 which includes the overworld map and a really large mountain pass area you have to navigate to reach the southern part of the world.

I have all of the core pieces figured out already for each chapter and each act. Now it’s just a matter of making more maps, enemies, and dialog which will be posted to the DevLog as I design them.

Can we now get to really important things a.k.a. separate beds?

I like that the game is not too hard for a beginner like me. The last time I have played RPG, other than Zelda for Wii and Switch, was in Commodore Amiga (“Faery Tale”)

There is also great story which makes me waiting for the next chapter !

But that could however be uploaded to the Gamedisk Github repo.

Updated it to also have a nice GIF for the page.

It’s ready and a PR has now been submitted.