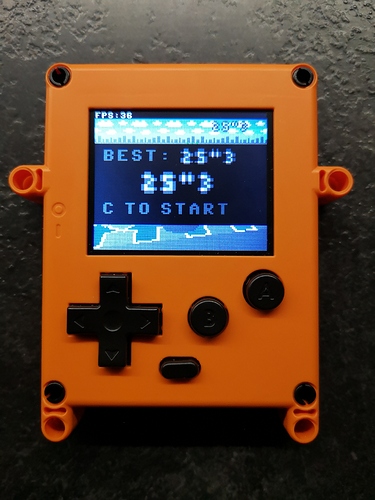 And like Linux, he named it after himself. :P

Oooh, I had to google what git meant, nice one

(In fact of course he didn’t name Linux after himself, the person who hosted the code named it after him and it stuck. Linus wanted to name it Freax, but later admitted it was a horrible name and that it’s good the naming has been resolved like this.)

Why specifically Denmark? I mean it’s a nice list, but each country has one. You mean the length of that list to population ratio?

Another favorite country when talking SW to me is France, because they’re very friendly to free software (Framasoft, FOSS in government, Monnaie Libre, education with Scratch, …).

The Torvalds joke; ermagerd I just laughed my self stupid

Oooh, I had to google what git meant, nice one

To clarify, Linus himself originally said that.

I won’t link to the exact quote here because Mr. Torvalds is probably too foul-mouthed for this forum,
but you can find it easily by searching “why is git called git” or something like that.
It features the word ‘egotistical’.

In fact of course he didn’t name Linux after himself

No, but it makes sense when you’ve seen the quote.

Pretty much just Stroustrup, I haven’t heard of any of the others :P

You mean the length of that list to population ratio?

No, I mean total population divided by total land in square kilometres or square miles - the standard measures of population density.

(Also known as “how far can you walk before finding another human?”, which is strongly related to “how tiny are the houses?”.)

It is the Rally capital of the world

A small country (by population) has to specialise on only a couple of things to be successful. Looks like we are specialised on motor sports, ice hockey, and programming

Iceland have had good results on specialising on soccer !

Edit: So this means that someone need to port NHL to Pokitto next

What you would like to see next in the game?

Please select max. 3 features, you would like to have next in the game. Note, that this poll is only related to feature priority. It does not mean that any feature is left off. Please tell if you have additional feature suggestions.

That was to be expected it adds to the movement a lot .

I thought that was Canada’s job? :P

The fastest and easiest way to upset every Brit on the forums. :P

I thought that was Canada’s job? :P

Sure they are good at it. Have to recruit some Canadian to port the NHL game to Pokitto then

Oh, that is an Americanism too? I did not know that. I suppose the C64 game called “International Soccer” did not sell well in GB

Oh, that is an Americanism too?

Well that’s probably the biggest Americanism I can think of

(Even though I’ve read it originated in Britain, but anyway.)

We used to be pretty good at hockey too, we won 1998 Olypmpics and then 1999-2001 world championship 3 times in a row! I think no one else achieved this. We also have a player that’s generally regarded as one of the best ever. Just a little piece of trivia about my country (of which I am otherwise not very proud

Yes, your country is always a tough opponent for us in ice hockey.

Looks like booster is voted for the top one. Does anybody want to contribute a texture for it? I quess the 16x16 size would be enough (the same as arrow in the starting line). It can contain animation also.

Btw. Amazing number of 14 people who voted! Thanks a lot to all!
Edit: I am also working on NPC ships.

About the AI of the ships.

I got good instructions how to make it. It is based on points on the track, waypoints, and their radius. The waypoints determine what route the ship goes along the track. The algorithm is as follows:

The waypoint can also have a maximum speed, which the ship must not exceed. The maneuvering of the ship towards the next waypoint can be interpolated to make it smoother.

Here is the first version of NPC ships. Not very intelligent yet

My kids are playing Pokitto Grand Prix. They are crazy good in all games. World record is in danger. 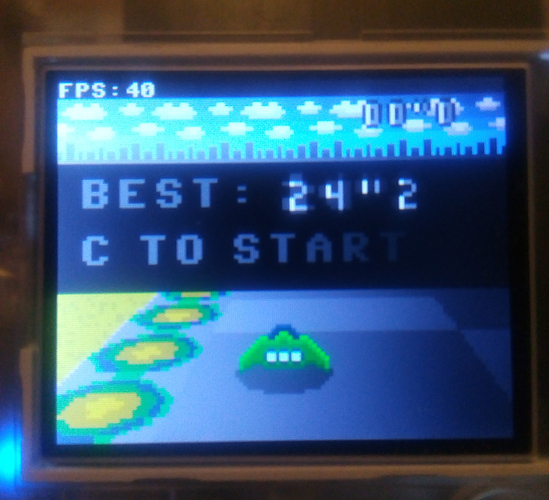 If you want a game tested properly, hand it to children :P

That is very good!
Any complaints / wishes from the pro-players?

yes, I agree it is annoying. That should be very easy to implement.