Really great job so far! Did you think about scrolling the background left and right when we turn?

Although I a VERY impressed with the game, I just can’t play it

is it normal for this type of game to steer so slowly? I can’t successfully turn a single corner without coming to a dead stop to do so.

I’d personally want to make physics adjustments as well. But for an early stage I’d say it’s okay, the getting used to and learning the physics is always fun to me. As long as it’s predictable, which it is, you’ll learn to work with it and this eventually feels rewarding.

The steering ATM felt like it starts slow but gets faster, which is tricky and you have to time it, but it’s consistent. Before a curve you have to keep to the opposite side of the road and start steering early in order to make it. If there’s little room, you can cut the corner and drive offroad for a while, sometimes shorter path will compensate for a small speed loss, and if another curve follows, you’d need to brake anyway.

EDIT: (maybe I should add I never played the original so I don’t know what it’s supposed to be like)

It is almost how the original feels. This is a bit stiff but very amazing still! I love how this is coming along.

I have put very little attention on the steering. I can make it faster if you like. Lets see how it feels after that.

Note: @spinal and @torbuntu, please put your lap times on the “P-Zero future”-thread to keep the development on-going ! There are only 2 answers so far. It is perfectly ok to say there that the game is not playable yet, so no lap time available.

P-Zero development future - you chance to have an influence on it! Games

Hi, I have now met or actually gone further than my original goal was for P-Zero, as follows: I can still develop the game further, if there is enough real interest in it by the community. So, if you want that I continue to develop it, you can flash the latest binary on your Pokitto, and put your best lap time in this discussion thread

The binary is here: If I see enough lap times here, I will continue the development! It is up to you. Otherwise, I am moving on to the next p…

Ok, the future looks shiny for his game

I was thinking about a new name for the game. P-Zero is too Nintendo’ish. Any suggestions?

I will also soon make a poll of the new features to come.

I really want to come away from the ‘Pok-’ names, because I’m worried those will become really clichéd and boring.

Aside from sticking ‘Advance’ on a lot of GBA games and 64 on some N64 games, Nintendo rarely incorporated their console names into the game

I’d really love to come up with a name that incorporates some Finnish because I think Pokitto’s Finnish origins are something that should be celebrated, but I don’t know much about the language so I doubt I could do a very good job.

I absolutely agree with the Finnish statement.

I kinda like the Pok prefix, my viewpoint being it creates kind of a nice namespace for clones (e.g. for my 2048 I didn’t have many other choices to consider), guaranteeing uniqueness and being informative. But if people perceive it as cliché, I don’t really care about names. The most important thing is it sounds cool and isn’t very long.

Coincidentally I’ve just found that the creator of Minetest is also Finnish. It’s becoming my favorite country because it’s just another cool thing about it besides Pokitto and Linux. I’ve also learned an interesting trivia from Minetest wiki about a block in the game that’s called a mese block:

from Minetest wiki about a block in the game that’s called a mese block :

Yes, that is right.

A Finnish word for a race is kilpailu or kisa in short form.
A racer is kilpa-auto or kilpuri.

Coincidentally I’ve just found that the creator of Minetest is also Finnish. It’s becoming my favorite country because it’s just another cool thing about it besides Pokitto and Linux.

Indeed, I forgot about that one.

You’re Finnish too? I didn’t know that. How come it has so many great programmers?

You’re Finnish too? I didn’t know that. How come it has so many great programmers?

Usually people answer because of “Nokia”, but there are other factors too. The popularity of Commodore 64 in Finland was the highest in the world, when adjusted to the size of the population (there are only 5 million of us). The demo scene was very active here in the 80’ies and 90’ies.

But there are also other small countries with very good programmers, like 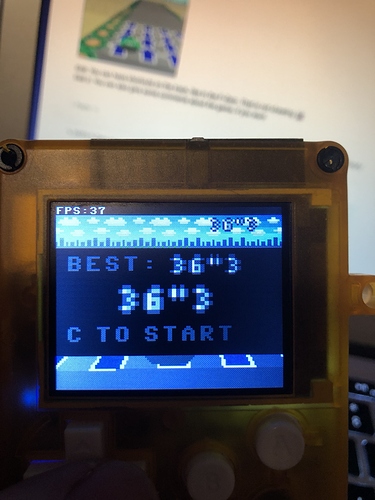 And like Linux, he named it after himself. :P

That’s another reason I suggested a Finnish pun if possible.

But there are also other small countries with very good programmers,

Are you talking small in terms of population or land?
Finland has over twice the amount of land and England, but has about 10 times less people.
(I envy such low population densities.)

The Torvalds joke; ermagerd I just laughed my self stupid