Damn, I was afraid you’d say that.

I’ve been planning to make a Pokemon like game (so far codenames Pokimon because I’m unoriginal) but haven’t got round to doing anything other than designing some monsters.

I was planning to go down a slightly more scifi route though to put emphasis on the importance of technology.

By the way, if you’re going to have a bestiary, may I suggest that you call it the “Pokitome”? It’s a pun on tome.
You could make it look like a big green book, e.g.

oh my you have this better thought out then me, basicly the pitch i gave is all i have i got 0 monsters designed or drawn

In fairness I really love RPGs (and puzzle games).
The day I played Pokemon Ruby is the day my brain decided that I was destined to become a programmer :P.

Seriously though, I’m not sure how long I’ve been contemplating doing a Pokitto Pokemon-like game,
but I’ve got a folder full of monsters from different game series to use as inspiration.

Moving the tilemap onto the SD card was a good idea (and was also something I was planning to do).

You may or may not have thought of this already,
but I think that what you should do at some point is write a kind of bytecode for your scripts (like what Pokemon and Mother do), then you can have as much story as you want because you can load it from the SD card.

If you’ve never looked into how Pokemon works, basically all special events in Pokemon like being given items and Pokemon or having your Pokedex checked are all handled by a kind of minimalist bytecode-based scripting language.

There’s an online reference for the bytecode that Mother 3 uses.

Now that my SD card is in FAT32 I can see the tiles properly.
Very pretty indeed.

oh i did not know that i was thinking about offloading text mapdata and monster/cutscene sprites to the sd card , im not sure on how to handle events yet but sdfilesystem alows me to seperate them in seperate files so its more manageable then pushing it all in a single file and keeping track of where what is

im not sure on how to handle events yet

GBA games like Pokemon and Mother 3 just have a big chunk of memory allocated for global bitflags.
It means it’s a bit hard to keep track of flags and prevent clashes, but it’s definitely the cheapest approach.

I’ve previously considered using something like Minecraft’s NBT format (there’s a cached version of the original spec here).
It’s certainly more flexible, but it might still be too heavy to be suitable.

Anyway, I’ll stop cluttering your thread for now.
If you want any more input let me know.

Wow, this looks amazing, and the movement is smooth too! It really shows off the capabilities of the resolution of the Pokitto screen. It randomly freezes on my Pokitto as well, though.

Really nice job with the art. I wish I had artistic capabilities as good as yours. I’ve been considering making an enhanced color version of an RPG I made for the Gamebuino, but I have been putting it off since I can’t do proper spritework for it.

the random freezes still have me stumped but it might have to do how i gutted the pokitto api to make some things work, it could also be the sd card controller timing out file im talking to or something

just some technical details i wanted to share here

i have no idea how to do combat properly for example

As in ‘how to structure the battle system’ or ‘how to do the formulas’?

all of it i got no clue

The battle system would probably be best as a state machine.
(If you don’t know what those are, there’s hundreds of articles about them, though my favourite two are this and this.)

As for damage forumlas there’s a good starting point here and here.

Basically you just do maths and look at the function curves using a graphing calculator (that’s just the first one I grabbed, you might find some better ones elsewhere).

have been unable to find out whats the couse of the lock up so i geuss i have to halt this project :S

couse of the lock up

Let me try to run it first. I will have time to do some coding tonight

Astonishing. Hope we see a full version some day!

Where is the latest version of this? I’d like to see it in action.

starting on rebooting this project, the code is kinda bad and i need to update to the new library.
im also going to try and opensource it all, setting up the github page
i think this project might be bigger for just me to handle alone

It looks great in the screen shots

OMG this is my dream. Pokémon FOSS clone. We need this so badly

Can I help somehow?

I’ve been once thinking about creating a public domain set of Pokémon like monsters. Only managed to create one, but something like this could motivate me to make more. 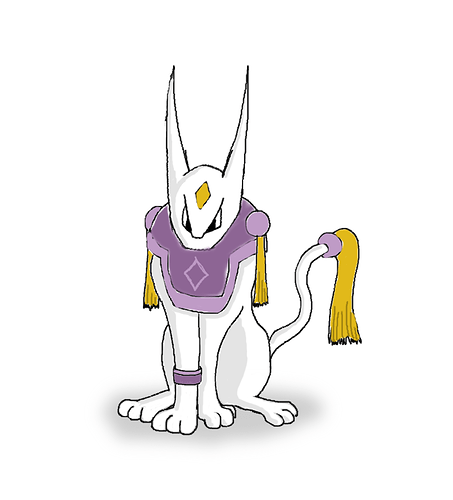 i am in need of a bunch of monster sprites and will see what color pallet i can offer for them.
thing is i one tried this before on gamebuino (origenal) and have an old roster that might need updating at the very least there a couple that probebly have to go, but there some nice once to work with 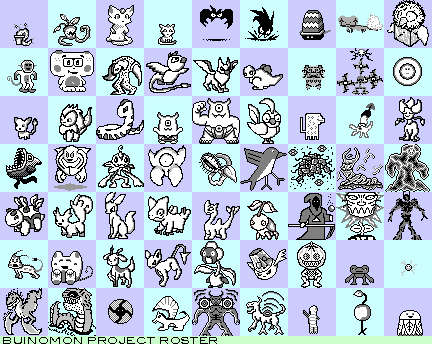 How many more you need?