Mini Rogue is a 9-card game in which a single player delves into a deep dungeon to get the famous ruby called The Og’s Blood on the bottom floor. The player must choose how to spend their resources in order to be powerful enough to confront ever difficult monsters. Random events and encounters make every play-through a unique experience.

More information about the game can be found here > https://gumroad.com/l/MiniRogue12

Object of the Game 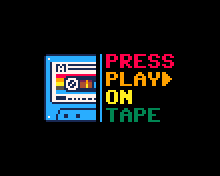 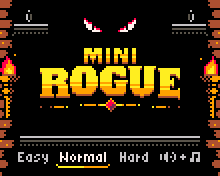 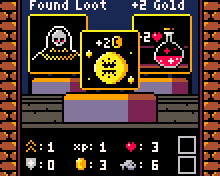 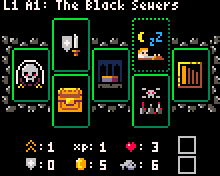 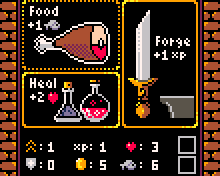 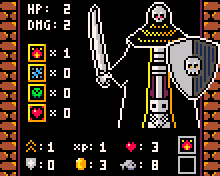 Haha, and I thought the Regicide instructions were daunting

I downloaded and tried, but was utterly lost. I’ll read up and try again. But might I suggest a casual gameplay video with someone narrating their options and describing how they’re making their choices? Could be a more direct/fun way to learn, and possibly a little more straightforward on your end.

Edit: off topic, but did I see gibs credited for music before editing away? Or was that copy-paste innacuracy (road trip)? If you’re still in contact, poke him to make more Arcadia Strikers levels :pitchforks:

Gibs in the credits was a copy and paste error indeed. Game seem more complicated than it really is. You start in a random card/room and resolve it, if its a combat what you roll isnthe damage you make, if you roll a 6 you can reroll the six and add the new number rolled, if you roll a X the result is lost. There are traps, tombs and treasure rooms that need you to roll a 5 or a 6 to succeed a skill check, if you succeed better options wills be available to you. And theres the merchants, with that one you can buy potions and food to survive.

Here is a video showing how to play the physical version, should help you. We updated the rules to the new revised rules of the deluxe version but that video still shows a lot of the concepts to understand the game.

The gfx of the game looks very nice

I need to try this soon.

Retr0Rob has done a review of this game, here > 'I’m not generally a huge fan of board and card games converted to videogame form, but I have been playing the heck out of this one for the last week or so. Easy enough to pick up quickly and deep enough to keep your interest. ’

Its a really nice video, I am wondering how he captured it. I think the music is coming from Pokitto HW and he is playing on the emulator

@Vampirics created a Windows .exe for him.

Christmas arrived a little late this year (thanks AusPost) … but a great friend bought me my own copy of the real game. Its much nicer to play with actual cards! The graphics and the heavy card stock on these are just sublime. 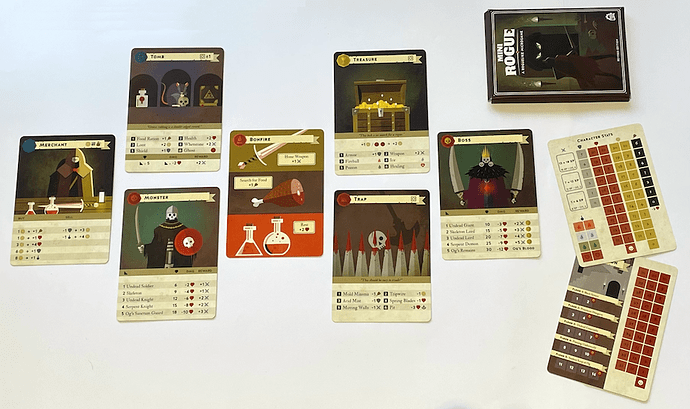