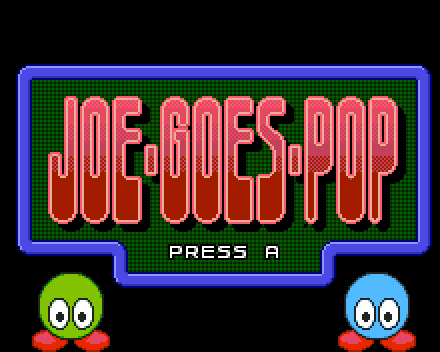 For those of you expecting a Joe 2 game, here is Joe Goes Pop!, more of an interlude than an official sequel, Joe 1.5 if you will.

Joe Goes Pop! is a bubble popping puzzle game, where the aim is to connect three or more of the same bubbles together by shooting them from a canon at the bottom of the play field. 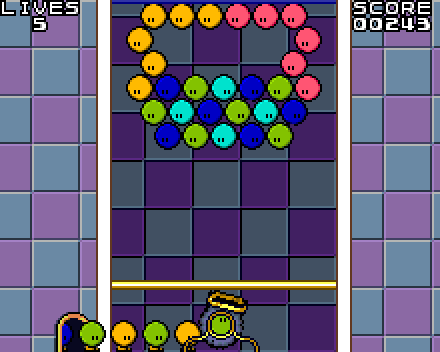 There may still be some bugs, but it’s fun to play and that’s the main reason I never finished it months ago. It’s just too much fun to play! 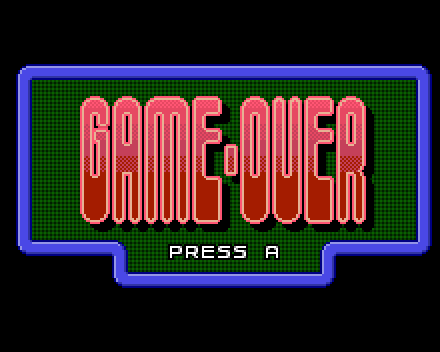 Fantastic game with cute animations! I would absolutely love a preview for those tricky shots, but only because it’s so frustrating to miss. I like the ever-increasing pressure; I didn’t even really notice the top dropping for the first few levels, then it started to actually matter as it got faster.

Will definitely be playing more of this in the future!

I have seen this coming along in the discord forum. It looks absolutely lovely. I will need to download it and set s high score before the usual suspects achieve unachievable results.

I’ve been waiting for this since the first sneak peak!! I love this type of game

Finally got a chance to play this! And I will keep playing

Oh … my chances have been dashed already!

this looks very cute, have to download it (a pity i have so much work atm.)

Looks great and plays flawlessly! I was able to play instantly, no learning curve involved. The game is very easy, even for me.

The movements and animations could maybe be faster, especially when pressing A to launch the ball.

Just gave this a play, and I have to say it looks great! I like how the Joes line up to jump into the cannon and walk off after they’re knocked down.

I found the gameplay a bit frustrating, though. The cannon’s rotation feels a bit sluggish, and it’s surprisingly hard to tell where a shot will land. This leads to a lot of frustrating moments. Maybe an arrow pointing out of the cannon and an option to change the cannon sensitivity would help.

I thought I remembered a preview gif in the discord that showed a dotted line for the path a Joe would take, but I can’t find one anywhere. Maybe I imagined it. I don’t know if that would take away too much challenge, but the Android version of Frozen Bubble lets you tap where you want the shot to go, allowing you to know the bubble’s path up to the point it bounces. Being able to precisely control the bubble’s path is less frustrating.

By the way, you should make a POP file for the game! After all, it is called Joe Goes Pop!

I removed the dotted line after realising that even though it used the same routine as the ball movement, it managed to sneak past some of the collisions.

Are you looking to publish the source code? People might be able to assist in speeding it up (maybe).

This is so incredibly awesome!!!

I do miss the aiming guide, but without it it does provide an interesting challenge. If the code is still available then perhaps you can have an “easy” mode and a “hard” mode since having the guide makes it far easier to do trick shots.

It would be easy to keep the “Game Mogul” carrot dangling in front of Neil, forever goading him to create more and more quality releases.

But that would not be fair. Batcomputer has calculated together the amazing games Neil has put out on Pokitto over the last years and there is no question that he belongs in the Elite category of Pokitto Pixel Pushers!

Arise, Sir @spinal, you shall hereforth carry the honoured title of:

Very nice game. Would it be possible to give us a .pop file with “game banner”, “game cover” or whatever you would call it. Thanks.

Added .pop to the zip download. Also tweaked the ball speed a little.