Hey, guys. I haven’t posted much, but those who are on the Arduboy forums know who I am.

Anyway, I’m working on a few different projects, including my game, Circuit Dude, which I just put onto Steam. One of the projects I have in the pipeline is a TCGO, or online trading card game. This game will be similar to Hearthstone in the sense that you can play online, but the mechanics will be similar to Pokemon TCG and MtG, with a fun and zany twist.

Anyway, I’m considering making a watered down version for the Pokitto. The gameplay will be very similar to the Pokemon TCG for GBC; You’ll be able to make your own deck and possibly play against the Pokitto. 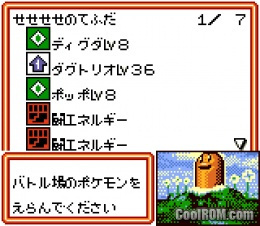 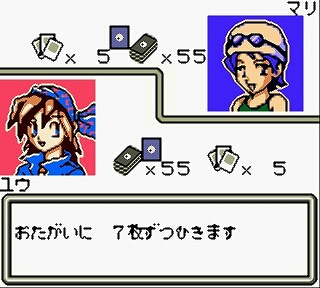 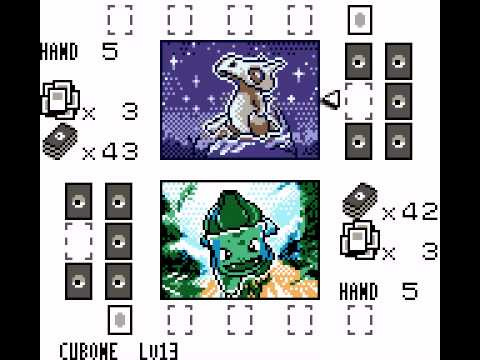 The game would have around 300 cards- These cards would be all stored on the SD card and be loaded as they are played a sort of script so that the bulk of the game’s size would be logic and possibly NPC logic.

The cards will fall into one of a few categories: Mana cards, Ability cards, Monster cards, and Enchantment cards. You can play 1 mana per turn and use these mana to play creatures, abilities, and enchantments. You have 8 spaces on the board that you can fill with enchantments and monsters. Enchantments generally make your creatures stronger and abilities typically have a specific effect that lasts only momentarily.

I have already designed 600 cards of the full version, and have a good idea of which cards the Pokitto version will have.

My question is, if I go through and finish working on this game, would this be the type of game that you would want to play?

EDIT: Since I don’t have a Pokitto, yet, I have been developing this for my Palm M500, just because it’s an interesting device.

That sounds absolutely great! 300 cards! Sure, I would play it on Pokitto.

what exactly makes it watered down?

A lot of types of cards simply won’t be possible on the Pokitto. The stack could get way too crazy, so there’s no instants or interrupts so that aspect of the game will be similar to the Pokemon TCG as well as the attacking mechanic.

How come? They already made a Pokemon TCG for the GB that had all the same rules as the physical game.

idk what your saying, what is making the poktto version watered down from the original tgc your making?
pokemon tcg, yugioh and magic the gathering all have versions on relatively low end hardware

I don’t know any low-end version of MtG out there. Also, my game, Circuit Dude, originally started as a basic version on the Arduboy. If I hadn’t received as much encouragement, I would not have put it onto PC. If I make this game and no one likes it, I will save a lot of time by not making the PC version that likely won’t be fun, either.

Do you have a link to info on the game? I can’t really find anything on it…

Besides, I don’t want to remake a game… I’d like to make my own.

im not saying remake, just saying card games dont need allot of hardware to do the logic
and images and description you realy want to hand over to the sd card

Thanks for the link! Definitely took a look.

Just a quick update… I’ve gotten most of the cards and the game fleshed out. I still need to sit down to start programming, but I have a good idea of how I can make it work the best, programically.

I am currently looking for some pixel artists to help do card artwork. Right now, I’m going to start with 120 cards in the game… I’ll probably need like 80 pixel artists to do 1 or a few sprites. I’ve already talked to a few, but as soon as I get a list of cards ready for the public as well as a ruleset, I’ll be reaching out to more. If anyone in the forums wants to help do a sprite or two, lemme know.

im down for some sprites what sizes where you looking at?

I really think that the same size of Pokemon TCG sprites would work, but I may want 64x54. Not super certain at this point. What do you think? Too small for the Pokitto screen? 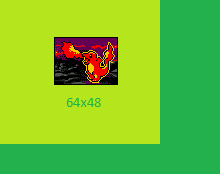 If you’re interested in making a few, send me a PM and I’ll give you a list of cards for you to pick from.

regarding ‘old’ magic, theres always this:

This is the download page for Wagic, the homebrew. Wagic is an internationally acclaimed open source Trading Card Game simulation, made by card games fans and backed up by a large community of players...

Some of the pokitto screen modes are double pixel size. I bet it’s possible to do lower resolution than that.

Definitely knew about that. I love Wololo. XD He’s done so much for the PSP homebrew scene. It’s crazy.

Okay, so, I have 103/120 of the first cards done. These cards can be looked at, here. Most cards have placeholder names, but this is easily the least important part of the card game and will be relatively easy to finish. Meanwhile, I have gotten about 6 or so sprites in from people so far, and I’m really digging them.

I am still looking for a name for my game, but I have a few ideas. Once I have the name sorted out, I’ll make a new thread and start coding, along with post at the top for rules, finalized cards, etc. 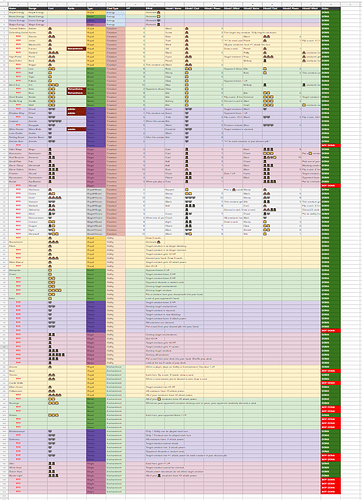 The game still needs formalized rules, but here’s the gist of it…

I am still looking for a name for my game

A Pokemon style game on the Pokitto, how about…