I’ve known fantasy consoles existed, but just today I finally got very interested in them (because thanks to Pokitto and Arduboy I am seeing the big potential in porting, multiplatform development, art reusing etc.). I’d like to ask you guys what are some of the best fantasy consoles? Your personal favorites? I’m personally only interested in free and open source ones, with a community that mostly shares the games in the same way. But feel free to talk even about proprietary ones if that’s your thing, I’ll like to hear that too.

I know Pico-8 is probably the most popular one, but for the above mentioned reason not an option for me.

The problem seems to be the games are mostly only shared as binaries.

There are lists of fantasy consoles but I’m getting lost in them, they’re too long.

Any tips for me? (Other than “get over it and come to Pico-8”

C/C++ would be great as I would be able to test out my raycasting library on a new platform, which is always good for catching bugs. But not necessary.

Thanks for any advice

I’ve been absolutely obsessed with fantasy consoles for the last year or so. I’m even working on writing my own (in java+groovy). Have you seen this list: https://github.com/paladin-t/fantasy/blob/master/README.md

My favorite is probably Pixel Vision 8, but they all have their own charm. For the free open source ones I’d have to recommend TIC-80 as you said.

Yours was actually among a few ones I didn’t filter out. From the commit log it seems you’re active in the development. I think I’ll try it out.

The other ones I liked were LIKO-12, PX8 and the TIC-80. The main problem is with the communities though – neither has a community that’s remotely comparable to Pokitto. TIC-80 has tons of games and a nice website, but there’s no interest in code sharing

I’ve found a lot of these consoles include a built-in development environments and even simple operating systems, which I find unnecessary, strange, anti-productive and detrimenting from the actual console development. I’d like to use my own text editor for writing the code. But I guess the old school tools are part of the nostalgia for many people who make these consoles, so it’s okay.

Anyway, I see your work as one of the most promising. I’ll take a closer look at it and tell my friends to check it out as well

Wow! Thank you! But I should warn you that it is very much pre alpha. And not entirely feature complete. I guess it is also possibly seen as just a wrapper for Libgdx

but a lot of others are just wrappers for love2d so what do I know.
[Edit] Also since you mentioned looking for a C/C++ fc I should reiterate that mine is a jvm one. Since my eventual goal is to use it to promote and help teach jvm language and environment usage.

The tools thing is like you said a way to have an all in one environment. I’ve been planning on making a standalone engine that could possibly run games in the browser

that one wouldn’t have any tools included.

One of the things i like best about my console is the lpm install command. It uses git behind the scenes to download games from online repositories like github, gitlab, or bitbucket. This is how I’d eventually like a community to share their projects in it.

I’d love any feedback! Especially errors :x… thanks again for taking interest! It really means a lot to me.

Groovy is a strange language.

A long long time ago they oppened an issue on FixedPoints.
(And later redacted it for no apparent reason.)

Since my eventual goal is to use it to promote and help teach jvm language and environment usage.

Personally I’m not a big fan of the JVM.

In the past I’ve done some research into language design and part of that involved investigating JVM and .Net bytecode, and I found the JVM bytecode was too abstract and type-unsafe for my liking, the .Net bytecode was much better.

I can’t blame them, because they probably didn’t know any better at the time and .Net had the advantage of being able to examine the JVM and improve in its failings.

How in the world did I flub my own name?? Yikes

… thank you for putting in the pr to fix that horrible mistake.

I don’t have a clue who the user is, just saw the repo linked a lot from different channels

Groovy is super bizarre, but mixed with java it makes the jvm way more powerful and compelling in my opinion.

I’m a C# engineer as a day job and must say I really prefer jvm by a hefty margin. There is nothing that .Net provides me that the jvm can. Plus when it comes to tools and resources jvm is much more of a vast ecosystem. It might make sense to note that I do not use windows at home so that further makes C# and .Net world useless to me.

[Edit] Of course everything said by a man who can’t even spell his own name right should be taken with a hefty grain of salt.

[Edit2] Also not trying to claim anything is superior to anything. Just listing preferences to my own self. I really like what the jvm ecosystem can do and where it can be used. I also really like vala and c languages. But as I don’t use Microsoft outside of work .Net and C# is very tasteless and non compelling to me. That’s all.

I do not use windows at home

Out of curiosity, do you use Ubuntu? And Tor?

I use Fedora. Recently switched over from Linux Mint actually a few months ago. Fedora has more up to date packages and is a better developer experience overall I think. I was spending so much time fiddling with ppa on mint that I didn’t realize it until I tried fedora.

Tor is part of my real name.

I am using Mint currently

Think I had Fedora installed once but that was only temporary, I didn’t get to explore it deeper.

I was a super Mint fanboy since I started using Linux years ago. I still actually have it on 2 computers (my wife’s and one of the 3 hard drives in my desktop). It was super good I thought. But I spent 3 months playing with a bunch of different distros in vms and on older laptops and discovered Fedora (27 at the time) was super easy to get everything going that I do. And I still have Cinnamon

so the only major change is I don’t need ppa anymore and I use dnf instead of apt. It honestly felt like an upgrade.

I had a lot of fun with TIC time ago. I’ve followed the groving of this console since the beginning. The main developer (Vadim) is a fantastic person, very capable. The code he written is something really interesting to study. Only C99 it allows to be compiled on lot’s off platform (Android, HTML5 /Emscripten, etc) with little effort. It’s a great project and lot of people contribute to it , adding features and language over the standard LUA.

If you want a fantasy console, go for TIC. Binary files in tic contains the editor so you can access to the built in editor and get out all the code. The same can be done online. Part of the fun is to discover how the fictional os works. Give a look to the [wiki](https://github.com/nesbox/TIC-80/wiki) .
Also most of the community for this console and others head to the [discord chat](https://discordapp.com/invite/DkD73dP)
Where you’ll find basically all the major player: 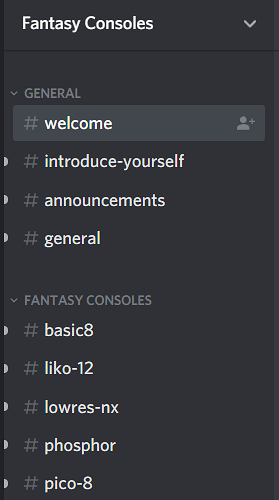 Probably not your case, but if you need some tutorial head to : 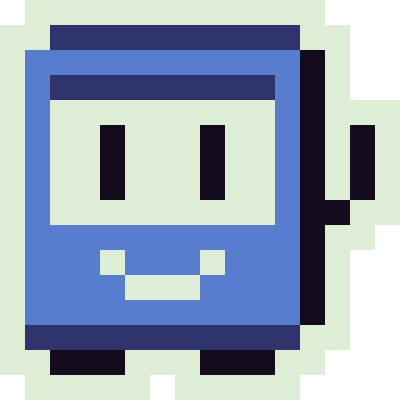 TIC-80 is a fantasy computer for making, playing and sharing tiny games. - nesbox/TIC-80

Also most of the community for this console and others head to the [discord chat](https://discordapp.com/invite/DkD73dP)
Where you’ll find basically all the major player:

This is where I spend a lot of time.

Yup! That’s me. You can tell by how dumb I am

Hmmm indeed, when I quit the game and enter edit cart.tic I can see the code. Still, mostly code with no licenses assigned

But I am starting to see the beauty of the platform itself. Even though I still think it has to eat a lot of development time, I have to admit the OS is pretty neat. This indeed seems like one of the biggest players among the fantasy consoles.

I’ll probably give it a go, thank you very much for this input!

I’m not following the channel anymore lately, but just in case I’ve sent you a friend invite

I don’t have a clue who the user is, just saw the repo linked a lot from different channels

I’ll chalk it up to spooky coincidence then.

Groovy is super bizarre, but mixed with java it makes the jvm way more powerful and compelling in my opinion.

If only it could do something about that pesky type erasure.
I can write Java, but I’m not a fan of it.

I really prefer jvm by a hefty margin

May I ask why?
Just the number of available tools?

It might make sense to note that I do not use windows at home so that further makes C# and .Net world useless to me.

Have you heard of mono? (No, not mononucleosis.) 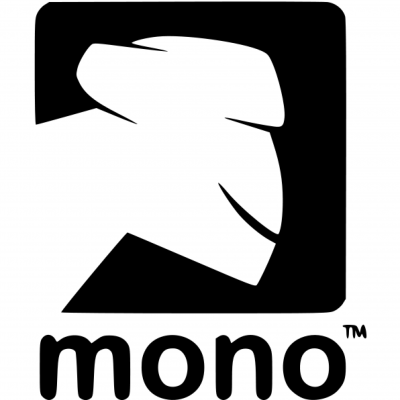 To clarify, C# is an ECMA standard, as is the .Net equvialent of the JVM, so actually neither are OS-specific.

The main reason it might seem that way is that until the mono project came along, nobody had attempted to make an implementation for Linux or OSX.

(I do think it could be ported to pokitto)

I like java for the syntax, the available tools yes, it runs and is easy to work with on all my devices, and open source (openjdk).

Yes I’ve heard of Mono, but I don’t like the tools available for C# or .Net and it doesn’t all work well on all my devices. In jvm I have javafx, libgdx, android(though I don’t do much in that anymore) and a lot of others. So… just more?

At my job I use dotnetcore and it is quite a pain.

[Edit] I also am a growing foss fanatic and am trying to get away from Microsoft stuff. I am slowly working my way down to C level stuff by way of pokitto, arduino, and vala.

[Edit2] the jvm is also a much more vast ecosystem. I can work with java, groovy, kotlin, jython, scala, closure and a whole list of other different languages. I can do projects in ant, maven, gradle, or ide specific platforms. I really like the jar structure of deployments. The .Net world is pretty limiting. With the bulk of features primarily supported by windows in Framework, core is growing but I think it isn’t useful for me compared to other tools (not just jvm). And I don’t like the other .Net family (vb, f# and c# aren’t very enticing when I can do even half the list I already mentioned instead). And as a Linux user it furthers the point since Mono is mostly only usable in MonoDevelop which isn’t my favorite to work with. And there is the size