I was curious about trying out making a level, so I made a rough demake of Doom’s E1M1, although Anarch’s fixed grid requires approximating a lot of the diagonal walls. The remake is missing 2 out of the 3 level secrets, and the remaining secret isn’t quite as secret now.

I found the current level editing method to be simple but actually pretty difficult to figure out. Still really impressive, especially considering the levels in the actual game. For example, level 7 had some clever design that surprised me at the end. I do also like how the level data in gif form actually shows a representation of the level and actually has all the level data in a mostly human readable format.

Here’s the map. I haven’t configured the repo to build for the pokitto yet, so I can’t provide a bin. If anybody wants to check it out, it was pretty easy to build the SDL version and replace the first map.

This is something that needs to happen, just for the fun of it.

I will contribute something for sure (textures or something)

@wuuf wow, this is an amazing job

Here is the bin:

Now someone could substitute in the Doom textures and sprites. Doom 2 1st level would also be nice to see.

@wuuff you really nailed it my friend! We sure need a tutorial for map creation, i sure hope ots not too hard to understand. Personally.just looking at the file i am already a bit confused after playing the level.

Here is a summary of what the map image means: 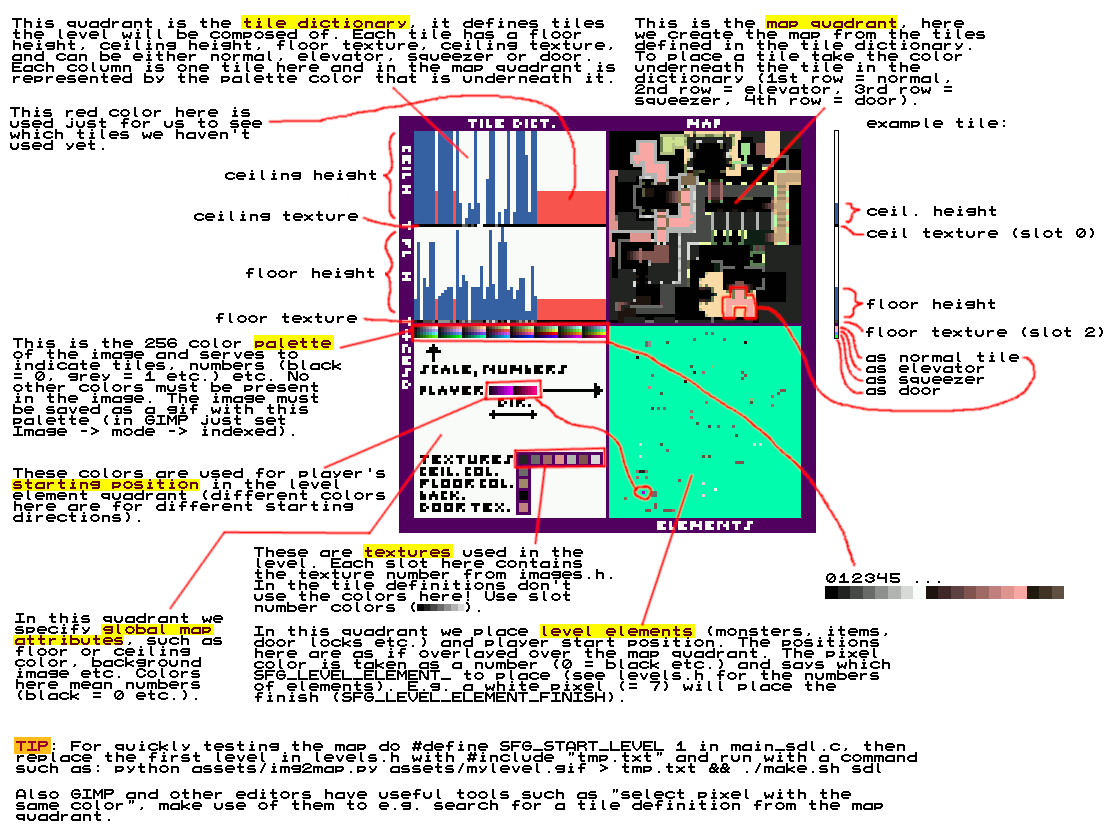 These are great, but you’re making them from scratch? That’s too much work IMHO, just take the Doom sprites, downscale them, polish a little bit and there you go. Doom assets are copyrighted so I personally wouldn’t want to put too much effort in recreating them if you won’t be able to legally even use them. 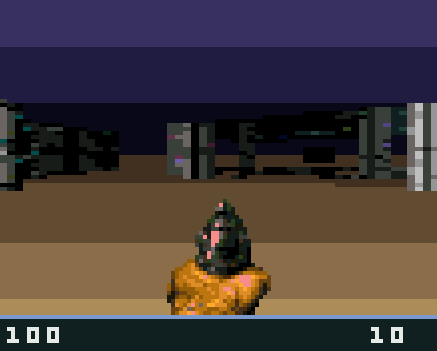 Hey Miloslav, what is the quickest way to build the bin? In FemtoIDE?

I use the Makefile, but I suppose you should be able to use whatever you like, just compile main_pokitto.cpp. 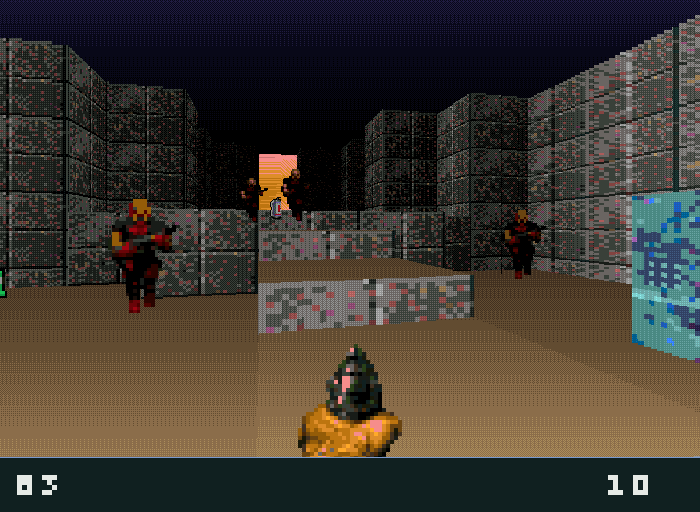 here are some sprites I’ve converted, taking a break now: