This gives you an idea, however, that if you do want to waste your memory on flashy graphics, its possible 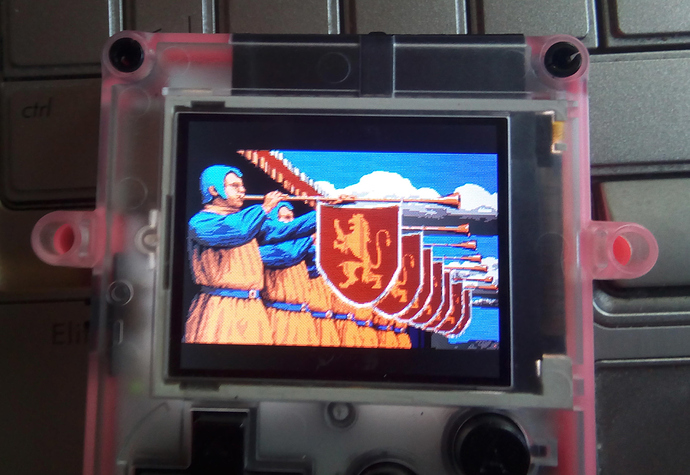 It does however show that the lcd screen looks really nice.

If data can be read from the SD card without problems, then I can see fmv style cut scenes in future games

Wouldnt that be really slow ? depending on the access speed of the sd card ?

Just a idea, you could use this as a children ebook. A static picture with simple text under it. Kid reads it, press A and next page.

Sure, something simple like run length encoding would help a little. Maybe jpg might even be possible.

@jonne is the version of directBitmap in the simulator working now?
Can you explain something more about this “direct” mode?
Can be use to generate high resolution tileset at 16 colors for backgrounds? And then draw over some action?

Yes, my game is using direct pixels to show 16 colours at high resolution. Technically you can show as many colours as you want as there is no frame buffer to hold you back.
Although there might be speed issues as you have to draw each pixel individually (x,y,colour) rather than transferring the entire buffer in one go.

Although there might be speed issues as you have to draw each pixel individually (x,y,colour) rather than transferring the entire buffer in one go

Which brings us to the optimization thing. directPixel works by going into lcd command mode, addressing and then going into data mode and sending the pixel. The GRAM pointer of the LCD is automatically incremented, meaning if you know the next pixel value, you could draw the next one without going through the command/data mode switch and the addressing.

We will get to this soon, I promise. Now that I have the loader working, I feel I could use abit of time to push this ahead a bit as well

Thanks @spinal and @jonne.
Is there any difference in calling directBitmap instead of drawBitmap ?
The same code works with drawBitmap but not with directBitmap.
Also transparent color (setInvisibleColor) seems not supported? 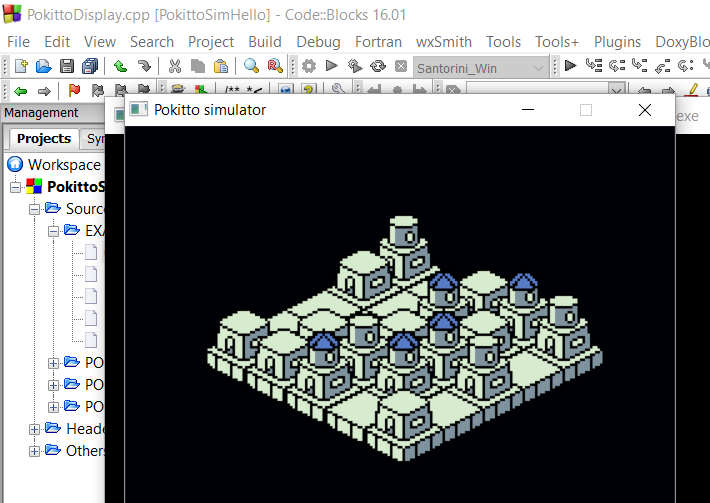 Nice! Is that from your game?

Thanks! More an experiment for now. Testing isometric tileset: 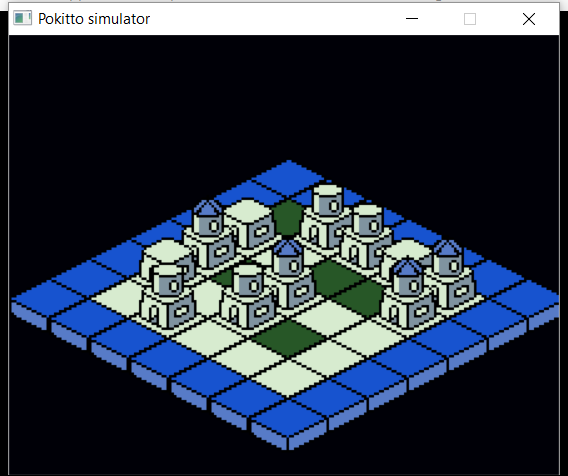 The plan was to port santorini to Pokitto.
So I start sketching some graphics and who knows, maybe something good come out.