So this is a devlog thread about my Cute&Demake 2021 Jam entry, Récréation !

Things are blurry at this point, but I’ve set for the following constraints:

Not much of anything to show, but here are a few sprites I’ve been sketching: 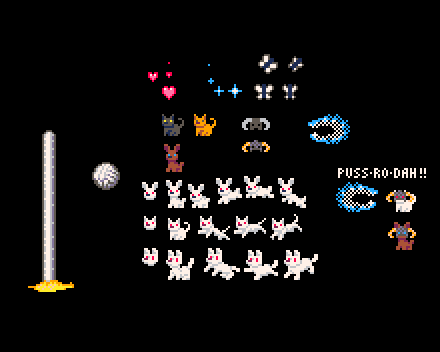 So I worked on the Volley part of the game, inspired by Blobby Volley mostly.
I spent some time on the (totally accurate) Physics Engine!

Seeing all the amazing games all around here, it looks like I’m aiming for the last place again

you guys are too good for my poor skills in everything 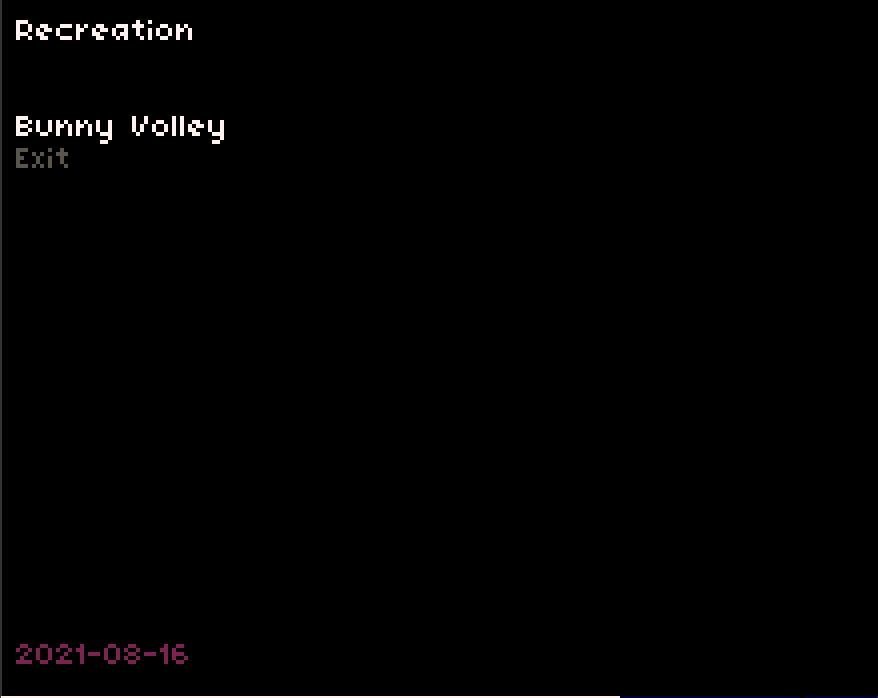 Originally a bug, but I think it’d make a great intro to the volley game since that’s probably how you install a net

Bouncing tests aka “Ball pit Simulator 2021”. The bunnies are bouncing themselves too much on the sand, so it’s too hard to control them.

Seeing all the amazing games all around here, it looks like I’m aiming for the last place again

you guys are too good for my poor skills in everything

This is really looking fun anyway as it is

I love the scenery with the ship and clouds.

Missing the notion of material to deduce the bounciness

Let’s say the balls have a factor of 0.9, the bunnies a 1.25 (they hit the ball causing it to bounce further), and the sand could have something like 0.25. So when two balls collide they bounce off each other loosing only 10% of their velocity, if a ball hits a bunny then they get hit and bounce further, but if they hit the sand then they very quickly loose their velocity due to the dampening of the sand.

More Volley! Still barely more than a sandbox, but the things are coming together and it started playing like a volley game.

The indicator is helpful when shooting the ball very high.

I’ve been working mostly on the rules, including scores, inputs, and a quick and dirty for the Volley game!

The Ball now is immobile until a Player touches it. It’s also possible to keep it on your head in this state. Doesn’t serve much however!

Points counting. You need to be serving in order to score!

The players screen. Ideally it’ll persist the preferred way of controlling in a cookie or in a file. The Test screen is for later, when I’ll allow PEX buttons for easier controls. Also, choosing 1 Player will enable the AI in Volley!

Said AI. It’s plenty of quirks but good enough to not let too many balls pass through. Does a few (involuntary) trick shots!

AI improvement for volley, AI vs AI (take your bets!), and the beginning of Arena (aka Jump’n’Bump demake)!
Also, I’ve been spending a lot of my time playing against the AI because it’s just the right amount of challenge for me 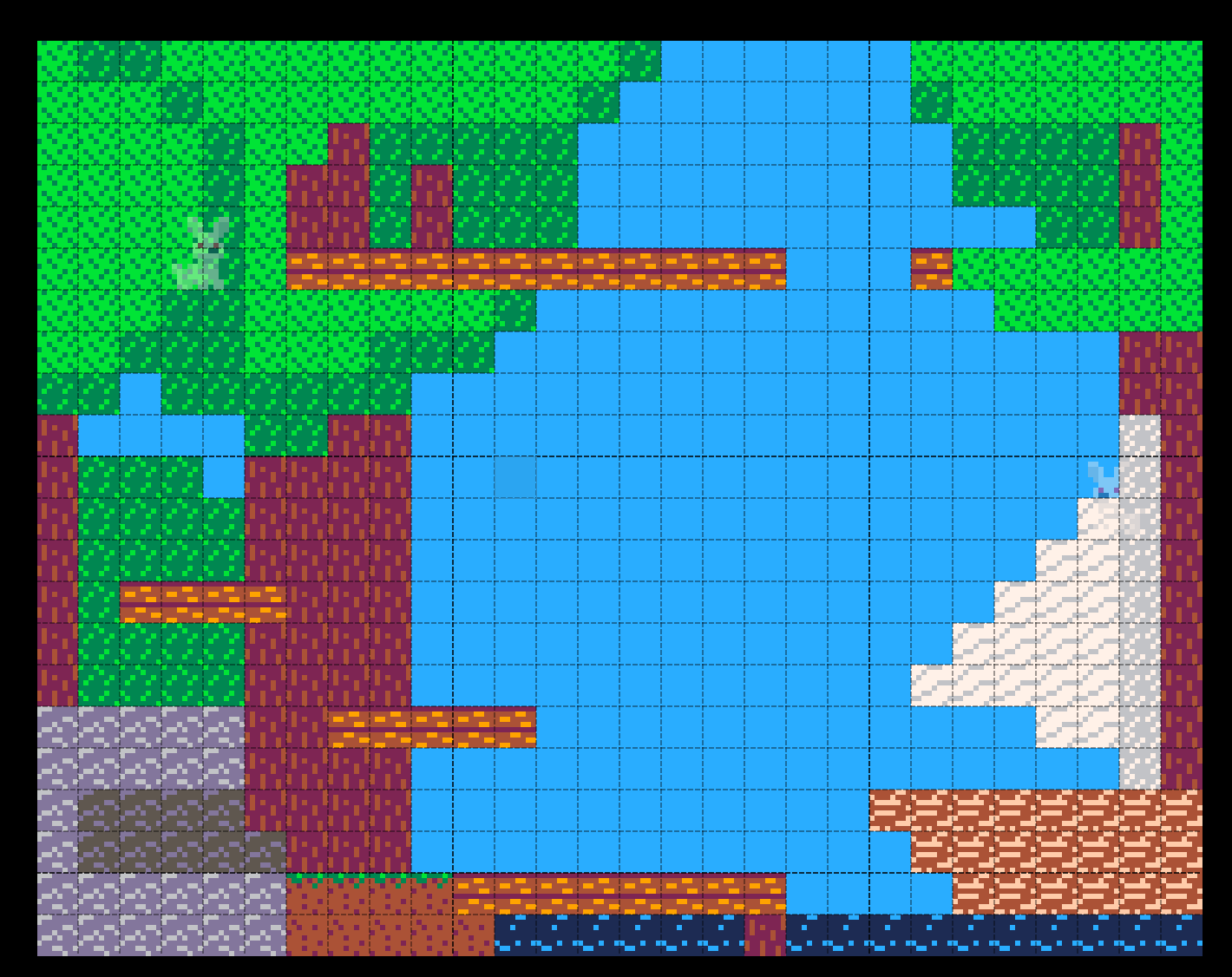 Not much happened, mostly for Arena (making the right structure for the core game).

Everything looks better with particles.

Everything looks better with particles.

Great looking game - I cannot wait to play it.

Finished the core gameplay of Arena, and worked on using the PEX (and sim) to play up to 3 players at the same time! HW demo of the PEX-based controllers. Sorry for the quality! 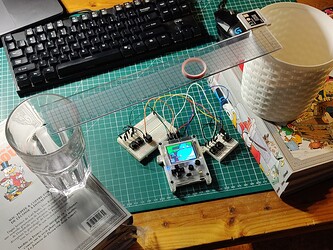 Well the core is finished for both minigames. Things are still unpolished, it’s missing audio, and the input/players system could be using something more user-friendly! However I’m quite happy of the current result.
Originally I was to stop at this point, but there is still a few days!
I don’t think I got enough time to implement a third mini-game unfortunately, even with the extended time, so instead I’ll polish these two games - Volley and Arena.

Hopefully, most of these should be finished by sunday:

Most likely won’t be done until after the jam, but not exactly:

I think you should get a PEX bonus.

I don’t know if it’s worth for that bonus -it’s merely using IN pins.
Seeing people actually play this game with other people would be much more rewarding -and hopefully bring back the PEX-style multiplayer back to the Pokitto. I know seeing the pics with kids playing together at a snake game was one of the incentive that made me get a pokitto, but I didn’t saw many games relying on this afterward!

Maybe also electrical parts should be sold in the Pokitto Shop so people who do not usually buy them can be sure they get the correct parts which work for the use case.

Quick update, mostly about Doors (for all the lovers of such intricate objects here) and Bunnies! 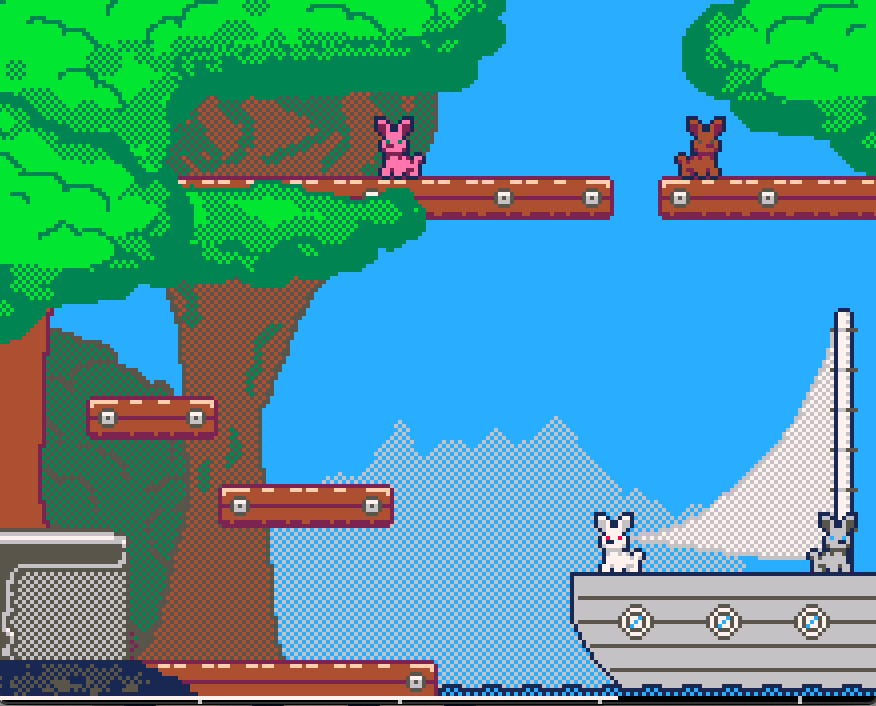 A demo of the Doors.

If someone is occupying the other Door, you’ll be left out at your current position. Not pictured here, but the system supports multiple doors!

Mostly about UI and killing hugging!

Spawning is slightly delayed for each players.

Your bumping is now counted!

A version has been released here - [Game]Recreation

An additional DevLog will follow soon to explain what I added in the meanwhile!