A kickstarter for a Robot car, a game console etc

Albert, the maker of Makerbuino/-phone has collected already over 160 k dollars in the Kickstarter for a robot car, phone, game console etc. Should we make the same with Pokitto? 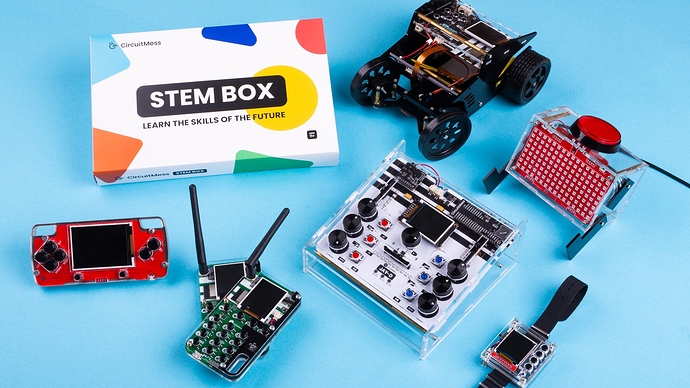 And a traffic light.

I keep debating if I should grab the makerphone or not

my wife thinks I have too many phones though.

I am sorry to say this, but I do not recommended the makerphone because of the software. It was a huge achievement, granted, but the phone is barely usable and I have not seen much improvement since.

The main reason imho is that the esp32 is underpowered for the application. Switching between applications requires reflashing, and it makes using the phone really slow.

Should we make the same with Pokitto?

To make it worthwhile, we’d need a lot of decent written material as well.

Even for switching between texting and making calls?

If so, that’s pretty daft.
If not, personally I could live with that because all I want out of a phone is calls and texts,
but I expect it would be a deal-breaker for others.

Looking at the Kickstarter though, it probably wasn’t intended to be used as a proper phone, more as a way of illustrating how phones work, so from that angle it doesn’t seem too bad.

Well, that seals the no-deal for me, thanks